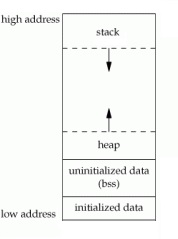 6
where are constant variables stored in microcontroller?
1
Global variable - memory allocation
2
Does the addresses of an arbitrary peripheral register can be used to store data randomly during code execution?
1
Adding a const string identifier to at the start location of functions in C
1
Linker script and data allocation
0
Is not it too much memory consumption for a simple thing?
0
Microcontroller and Memory size allocation
0
How to store 8 bit character in 32 bit Data Flash memory?
-1
Efficient understanding of Hardware Software Interface in Embedded

8
Where are static variables stored?
1
Professor said my embedded system design is incorrect, what did I get wrong?
4
Memory allocation in Microcontrollers
0
The right vocabulary for everything related to booting a µC and loading a program
2
ELF section flags not picking up flags from linker script
4
My "flash VS RAM" speed test doesn't work. Why?
1
ALU,RAM and ROM test for LPC 1778