I have a (hopefully not too trivial) question regarding this simple LTSpice-circuit. 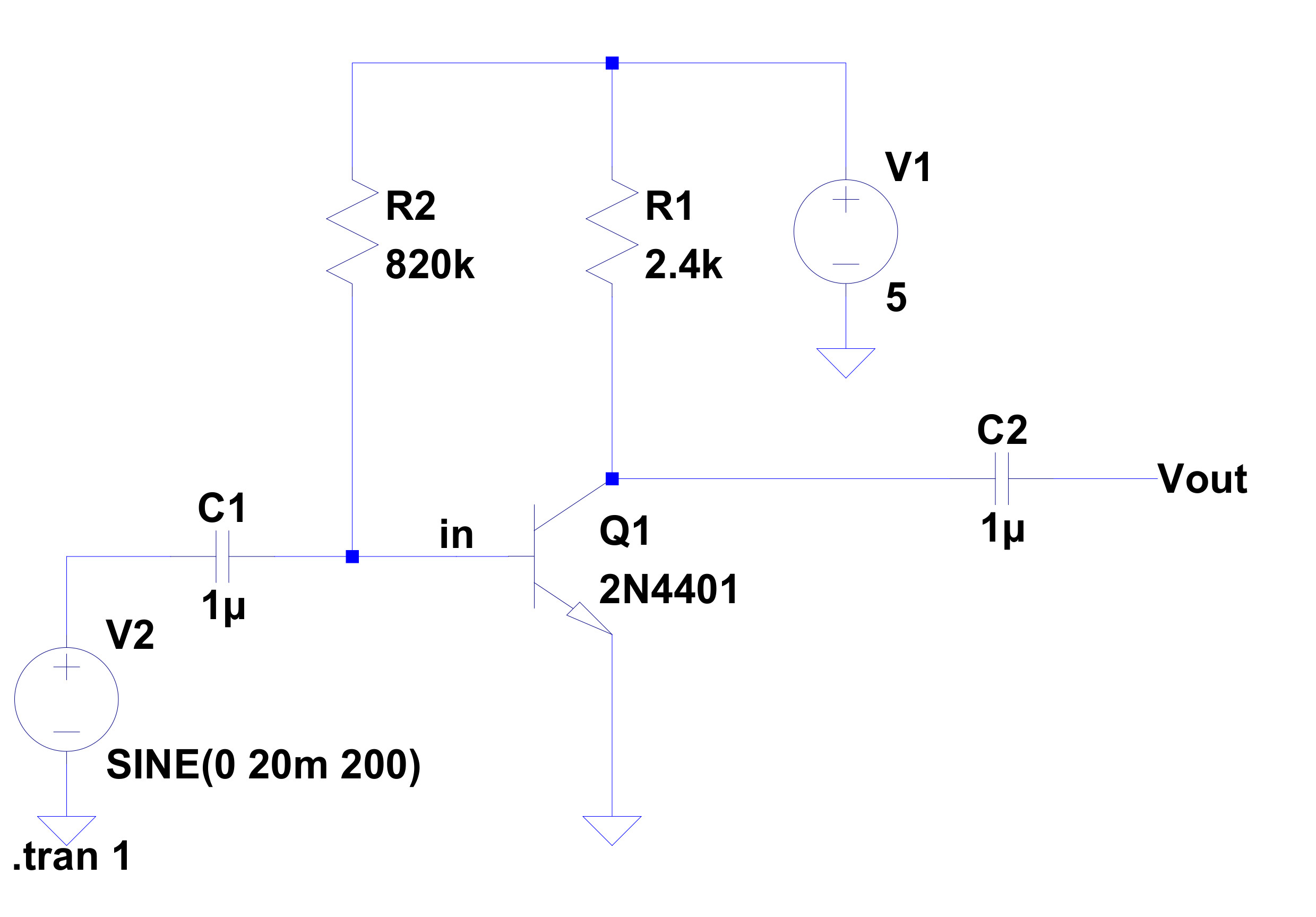 I would expect the output to be (ideally) a sine wave, but when probing Vout what I get is this: 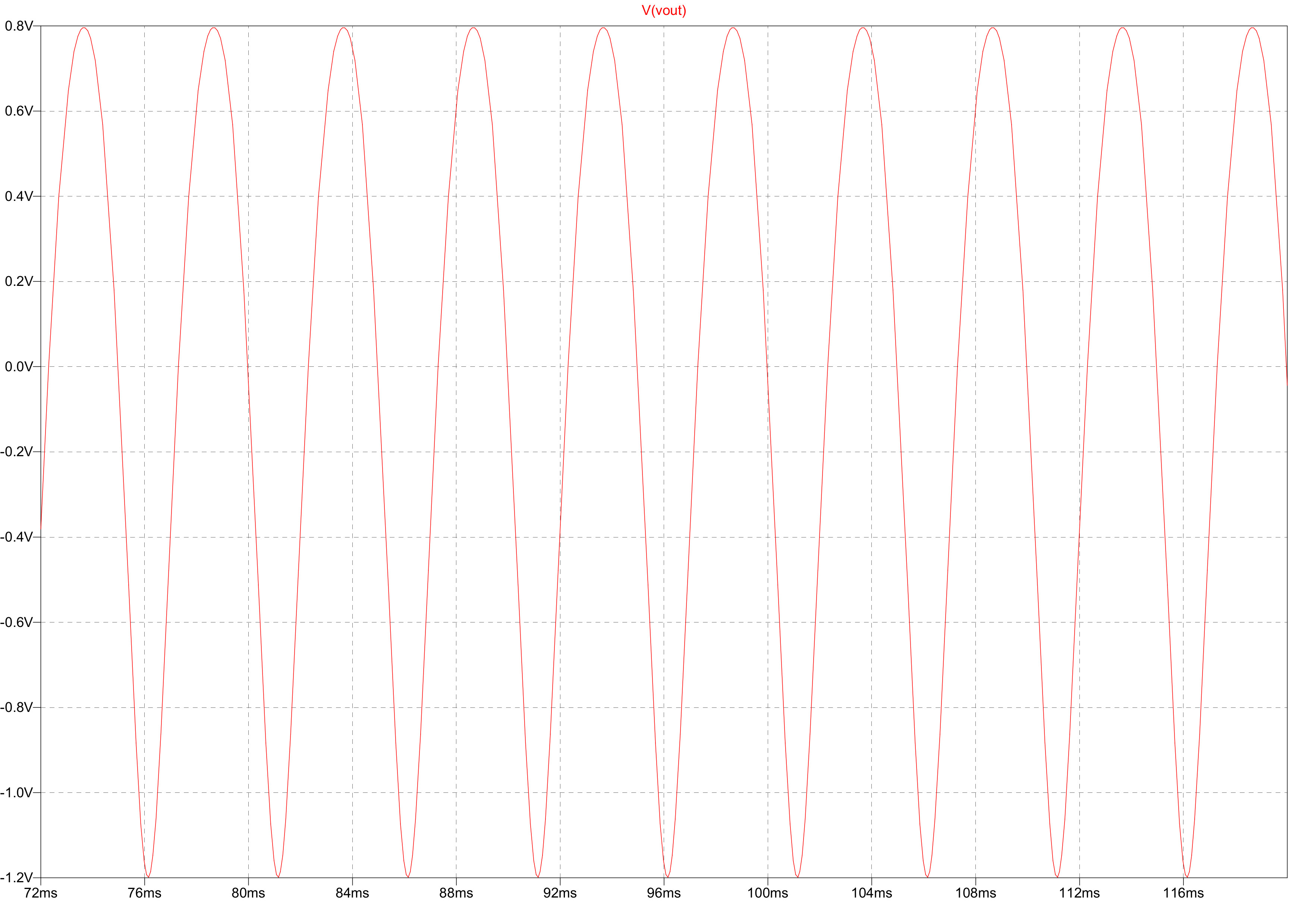 Now what I do not understand is why the output is not symmetric about 0V. I'd like to know what exactly is causing this and how it can be prevented. I'm still new to circuit design so I'd be great if someone could help me out here.

Transistor amplifiers always have a certain amount of distortion, since the amplifying devices are nonlinear. In this case the current through the transistor depends exponentially on the input voltage.

A smaller signal will exhibit less distortion, so reducing the amplitude could be a first step. To ensure a proper operating point the output signal should be probed at the collector of Q1.

For a further reduction of the distortion feedback is required, which in this case could be a simple emitter resistor.

Feedback decreases distortion but decreases the gain as well. A multistage amplifier with global feedback could be used, but an opamp based design is usually easier and offers good performances since a large gain is available for feedback.

This is a not a good circuit for a common-emitter amplifier. It's overly reliant on the transistor's current gain (beta or hFE), which varies wildly with current on this transistor. From the datasheet:

Your collector current varies from about 0.25mA to about 1mA. 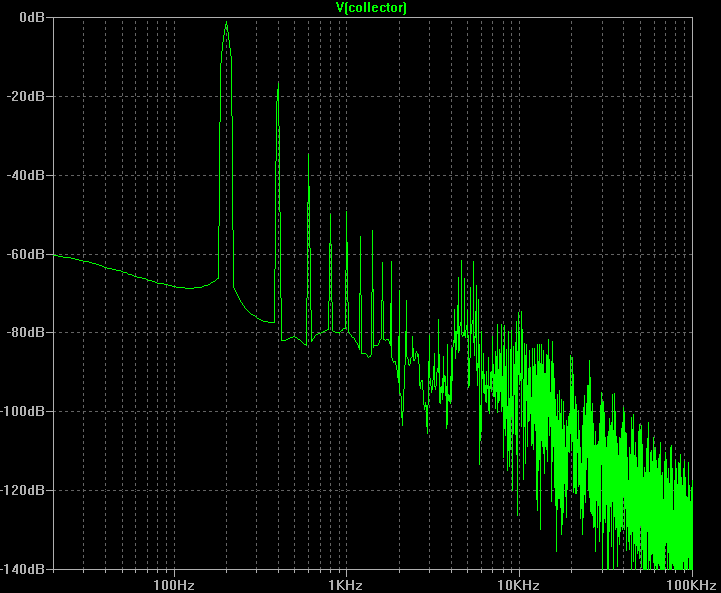 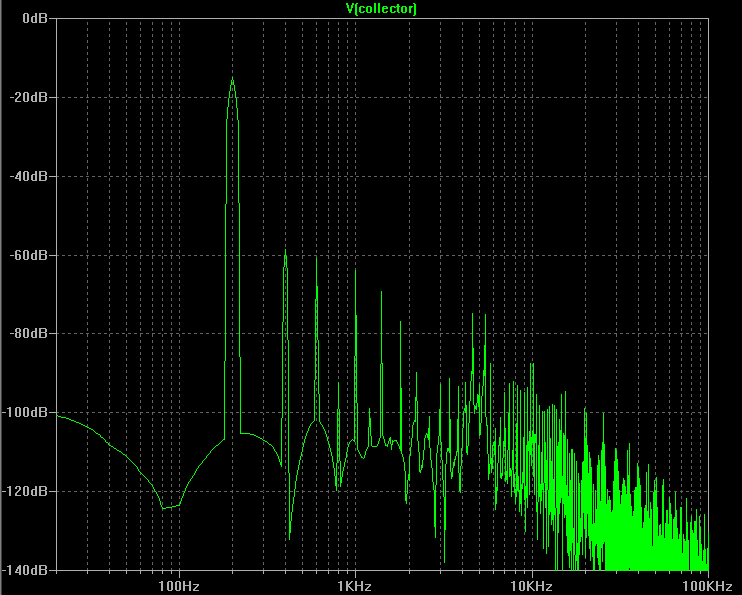 The gain is lower, but the second harmonic is now 40dB down instead of <20dB down.

A better circuit uses a voltage divider on the base and an emitter resistor. This way the collector's bias current depends mostly on VBE, which is much better-behaved. 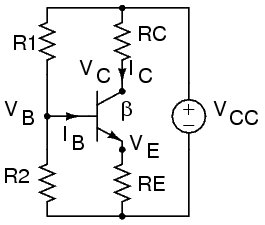 Try a load resistor to ground, maybe 10K on the right end of C2; as it is, the DC voltage across C2 is not really defined.

A transistor's gain is not constant, it depends on the base bias. To reduce the effect, put a resistor from the emitter to ground. 500 ohms should be a good value.

Transistor nonlinear amplification can be useful, but generally to get a nondistorted sinewave out of a single transistor, you need to test with very small signals added to a DC bias level, and settle for small output.

To get large-signal output one uses a symmetric pair (for input gain), and a push/pull pair (for output drive), with some kind of level translation between. That uses 5 or more transistors.

Not the answer you're looking for? Browse other questions tagged ltspice common-emitter or ask your own question.