Example circuits like the one shown below and those from datasheets contain capacitors and resistors connected to the regulator.

Could someone explain their purpose? 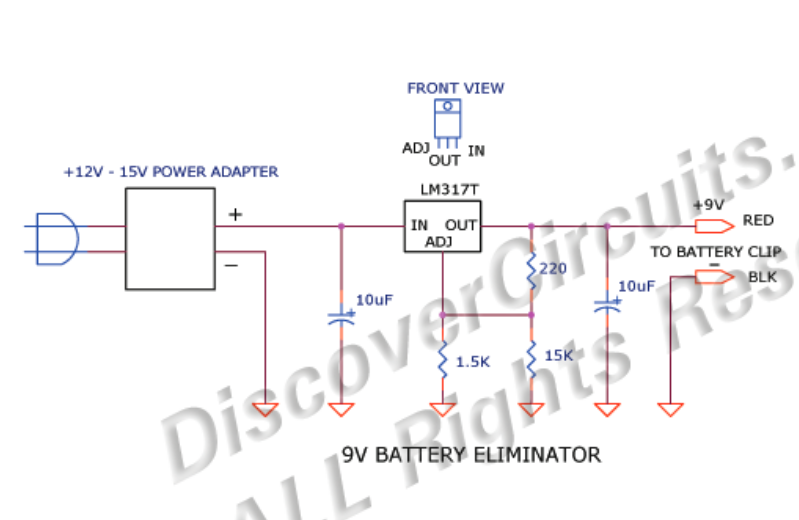 The resistors are simply necessary to set the output voltage, and you would have noticed that if you had read the datasheet of the LM317. However, most datasheets will just tell you to add capacitors to decouple, buffer or stabilize the input and output, and you don't seem to know what that means. That would be a very valid question.

Voltage coming from a AC/DC adapter on your wall won't be perfectly flat, and if you suddenly draw a lot of power from the adapter, the voltage will also drop (basically, the AC/DC wall wart has a capacitor on the output of a full-wave rectifier. The size of the capacitor determines the amplitude of the ripple, caused by the capacitor discharging slightly between each half-wave. When a large load is applied, current is pulled from the capacitor much faster, discharging it sooner which increases the ripple amplitude).

That's why there is 10µF input capacitor on the input of the regulator -- It helps reduce the ripple even more.

Then, the regulation of linear voltage controllers is a control loop, measuring the output voltage, and adapting an internal resistance to drop the voltage difference between factual in- and desired output voltage at the current that is drawn at the moment. If you now suddenly change the drawn current, again, this requires a change in behaviour, which is finitely fast, and will lead to some undesired voltage drop.

The output 10µF capacitor counteracts that by being a storage unit; a sudden increase in current drawn at the +9V line will be fed from the charge stored in the capacitor, and that gives the LM317 enough time to become accustomed to the different situation to limit the voltage drop to a tolerable amount. Effectively, the capacitor dampens the control circuit.

3
Pros and cons of low-power integrated series voltage regulators vs. shunt regulators
0
How to determine necessary electrical components for breakout board
2
What's the purpose of this circuit section?
0
CV/CC with a single LM317?
0
Size of Decoupling Capacitors in Digital Circuits
0
Microe MCP25625 Click Extra components questions?
0
Voltage supply for an IC circuit