Base resistance in Tee Model

This is about the 'TEE' Model in BJT small signal analysis on CB configuration. During the lectures, the one I learn is this model;

But in some books I found a different model with a base resistance. 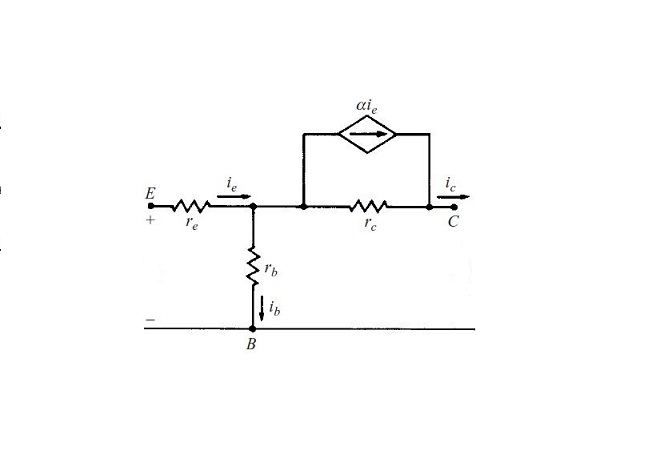 Blogger - I am not surprised that you feel confused. I only can recommend NOT to use the T-model because it is not a good basis for analyzing transistor circuits (for my opinion). Better use the hybrid- or y-parameter small-signal model.

Disadvantage of the T-model (first picture): (1) In common-emitter configuration it seems that the input resistance would be re (which is identical to 1/gm). However, that is not the case. Hence, there is a contradiction between formulas and equivalent signal diagram. (2) A similar problem does exist in common-base configuration. The base node must be grounded (output node of the current source) - nevertheless, only a part of the current (base current) goes into the grounded node. This is NOT in accordance with Kirchhoffs current law.

As far as the base resistance (second diagram) is concerned, I cannot answer your question without knowing the value (expression) of this part. The input resistance in common base configuration is 1/gm=re. Hence, rb=0. Of course, there is a small (ohmic) path resiostance between the base node and an inner point of the transistor body. But this value is always neglected.

Finally, I do not know any advantage of this (bloody) T-model if compared with all other equivalent circuit diagrams. The basic problem (and the cause of the inconsistencies) of the T-model is the fact that the transconductance gm is modeled as an ohmic (dynamic) resistance re=1/gm. But that`s not correct: It is not a resistive element. The transconductance connects the input voltage with the output current, and the ratio is NOT identical to a resistance with two nodes.

1
Common Base Amplifier - Hybrid-Pi vs. T Model
0
Applying hybrid-pi model of an npn-BJT to a pnp BJT in small signal analysis
3
NPN BJT base->emitter resistance is effectively zero?
1
How to differ output & input resistance of small-signal model BJT?
2
Two-port model of a BJT
0
Finding the necessary currents for AC analysis for CE NPN BJT amplifier
0
Calculating base current without knowing current amplification
0
Small signal analysis of BJT dynamic microphone preamplifier
0
Why is input resistance parallel with the base of BJT?