How does external trigger work in an oscilloscope?

I'm having hard time to find any easy explanation to understand how triggering and especially external triggering works.

And it is even more confusing when a function generator's SYNC/TTL output is used for that purpose.

It is not easy to illustrate in mind what is happening when using a function generator to external trigger the oscilloscope just by reading a text.

I also tried find if there is similar question which could be a duplicate but I couldn't find.

Is there an easy way to grasp or illustrate the idea behind external trigger?

Think what would happen if the scope didn't trigger at all - it would display several cycles of a sinewave (e.g.) across the screen and then continue to display a 2nd series of sinewaves but they would not be superimposed on top of the first set of sinewaves because the chances of the sinewave frequency exactly matching the timebase scan time is very, very small. At best you would see a moving sinewave on the screen and this is useless for inspecting the waveform. Here's one slowed down: -

How would you go about trying to estimate the period of this sinewave as its roll-rate speeded up?

You need a stationary waveform so, trigger works by displaying a series of sinewaves then waiting until the sinewave amplitude is correct before updating the display: -

I've cheated a bit with the picture but the same basic thing happens. After the 1st acquisition period (aka first scope scan) there is some dead time while the scope waits for the sinewave to be exactly in phase with the original scan thus, the 2nd quisition period (aka 2nd scope scan) overlays the waveform on top of the original waveform. In a good scope the "dead time" would be very small but it can never be instantaneous because it has to wait for the waveform to be in the right position.

Here's an example of two scans of a triggered and untriggered waveform on a scope screen: - 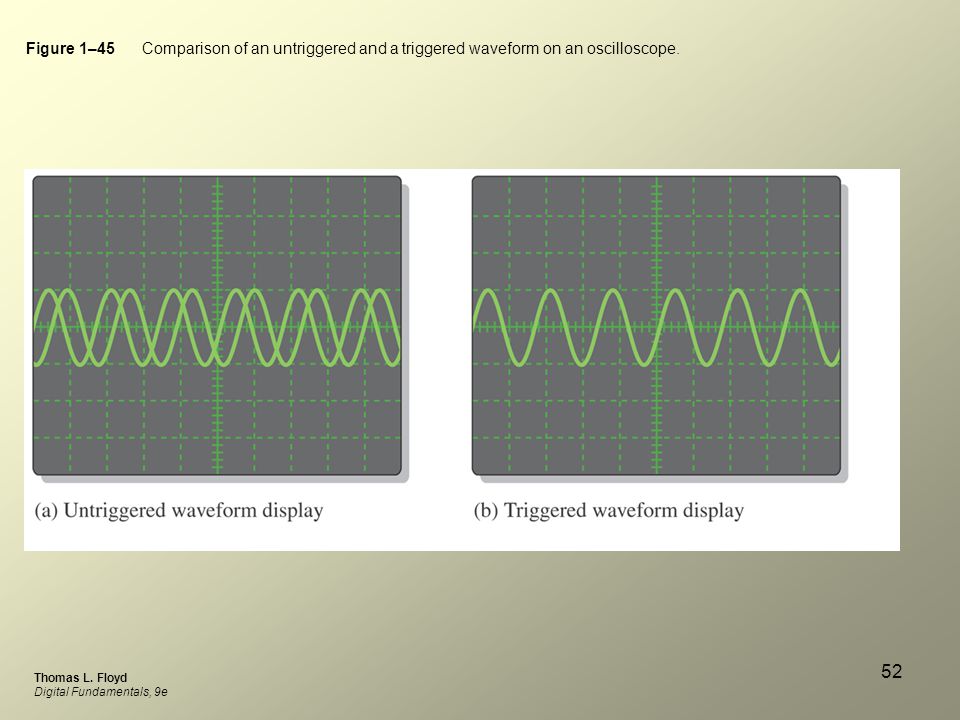 And it is even more confusing when a function generator's SYNC/TTL output is used for that purpose.

Well, for a regular periodic waveform there is no need to use a sync output because the scope will be more than capable of self triggering and displaying a stationary waveform. However an arbitrary waveform that repeats periodically is a problem: -

Clearly, if the above waveform repeats and you want to display it on your scope you need something like an external trigger event that can ensure the waveform doesn't continually roll across the screen. That's where the sync pulses (in red) come in. Because the generator "knows" the start position of the waveform it can generate an unambiguous marker that can retrigger the scope.

Do you understand how the internal triggering works ? It triggers (starts the timebase) when the trigger level voltage exceeds a certain value (usual default setting, you can change that of course).

The external triggering does the same but on an external voltage.

Try looking at a 10 mV, 1 kHz sinewave signal from the function generator with and without external triggering and you will get the idea.