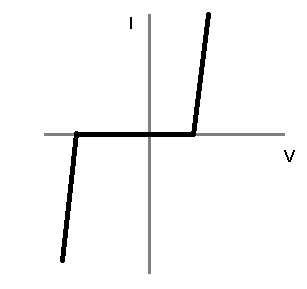 0
Reverse breakdown voltage setting for the diodes in a solar cell model in SPICE
6
Why does temperature modify the characteristics of a diode?
2
Why use a Zener in a regulator as opposed to a regular diode?
2
How do zener diodes, silicon diodes, and base-emitter junctions differ in reverse breakdown mode?
5
What happened to Depletion region when biasing is Off after applying reverse biasing?
15
Why doesn't my multimeter show the correct Zener reverse voltage?
2
What happens when we increase the voltage beyond breakdown in a Zener diode?
0
Zener diode Zener breakdown modelling
7
Why can't a P-N junction diode be used as a voltage regulator or reference in forward bias?