I want to create an guitar distortion effect. What I want is a unity gain buffer op-amp that clips the signal. In the drawing below there is a circuit found on this forum here which will clip a very low voltage (~200mV) signal. However it will only clip at a particular voltage. What if you need (as I do) to clip simply the peaks off every wave?

First.. is there an IC that will do this that anyone knows of? And secondly.. Is what I'm proposing viable? 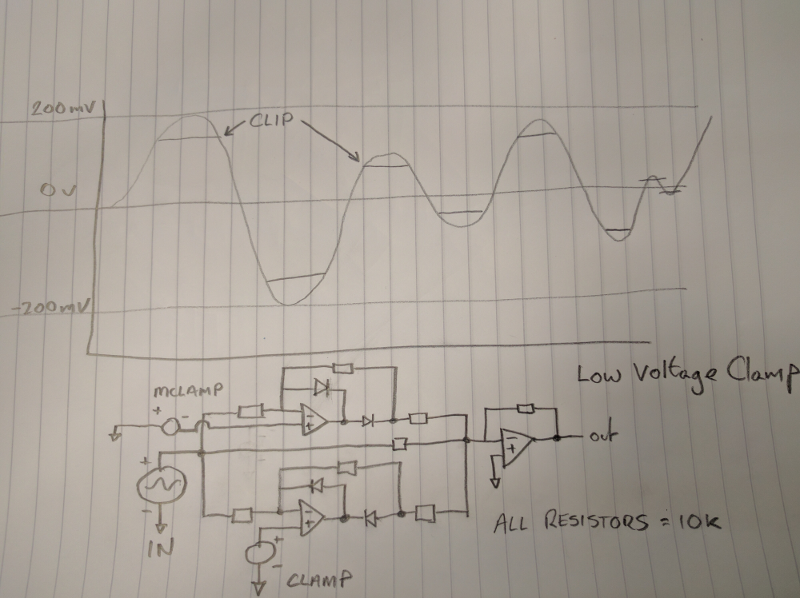 Here's a partial solution that you could combine with the previous circuit. This circuit differentiates the input signal in order to locate where the peaks are, and then uses a set of sample/hold circuits to capture the values of those peaks. The outputs of this circuit could be used (with some voltage dividers) to set the clipping thresholds to some fraction of the previous peak's value. Not exactly what you asked for, but probably about as close as you can get with analog hardware. 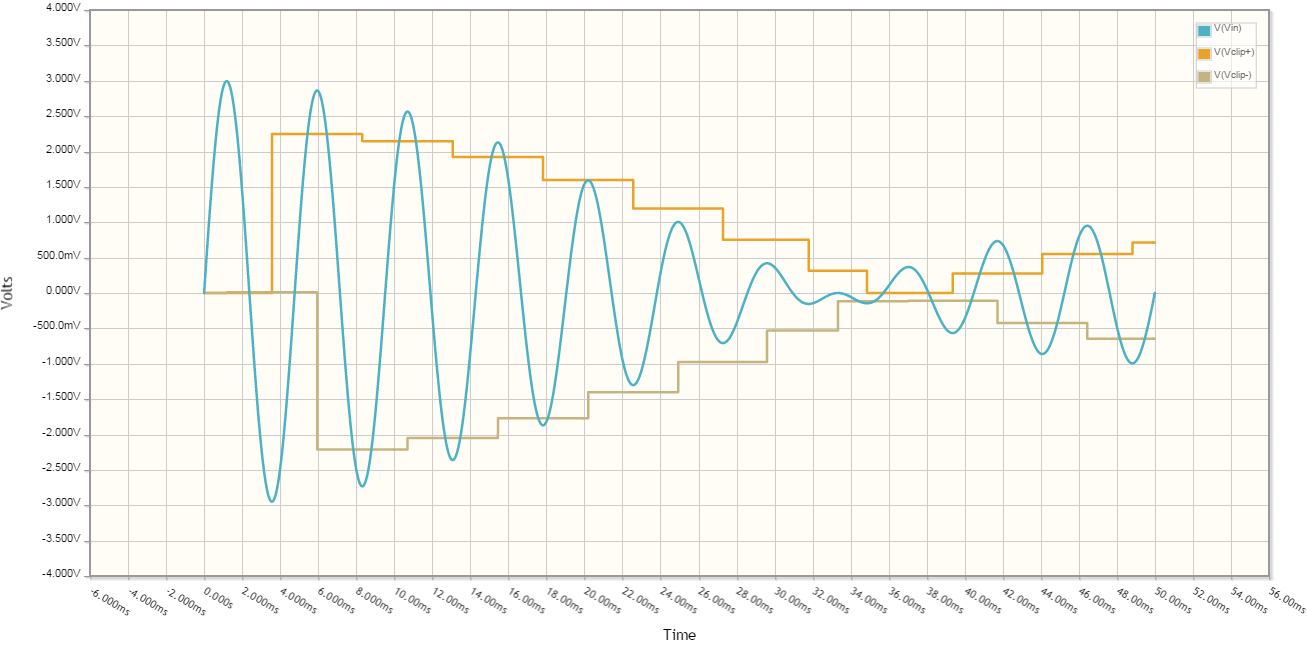 What you're proposing isn't really viable the way you have described it. You need a way to trigger the clipping, which is very simple with a voltage threshold. It's not so easy to say, "start clipping just before it reaches any peak" especially when you don't have any digital signal processing happening. Your drawing of the audio wave also doesn't show the situation where the wave looks like it's peaking, but then goes flat and turns upward again. When should the device begin clipping? When should it stop clipping? It's a fairly complex problem.

The basic idea that you're describing could be accomplished in several different ways, but none of them are very simple. Here's a way that wouldn't be terribly complicated:

In reality, that's not much different from what distortion pedals do, except they don't typically restore the original envelope. It might be fun and interesting to see how that sounds.

By the way, you may be able to test all of this out by using a MOD DUO pedal.

Not the answer you're looking for? Browse other questions tagged operational-amplifier audio low-voltage voltage-clipping guitar-pedal or ask your own question.