I mean, this is against the rules!

Most USB OTG devices claiming to be host capable (most Android smartphones and tablets) have a simple micro-B connector. Shouldn't they have a micro-AB connectors? Micro-B are supposed to be for devices unable to act as hosts.

It actually leads to a proliferation of USB OTG cables like this one: 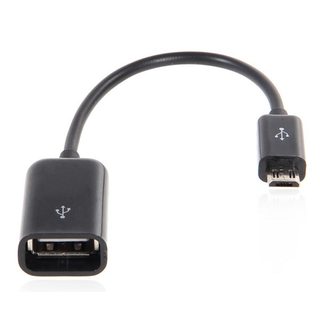 Which are forbidden by the USB specs (micro-USB specs chapter 3.4: Compliant Cable Assemblies). We clearly see it is a micro-B, not micro-A plug (there are chamfers), and it is associated with a standard-A receptacle. I wonder how they are even allowed to print the USB logo on this, by the way.

I'm asking this because I am actually designing a USB OTG device. I don't plan to make it certified by USB anyway (given the costs), but I'd like to know whether I should strictly follow the standards, or screw up with them like everyone else (the fact is - because of this - everybody is used to micro-B, not micro-A, and it's true the chamfers help prevent trying to put the connector the other way around).

The more I think about it, the more I'm convinced the reason is not technical. It likely is just to avoid the burden of certifying a device with dual-role OTG capability.

Apparently (see here), testing a device for OTG compliance costs almost twice as much as testing a simple high-speed device. There is also much more work in the design phase, and much more risk of failing the compliance, having to make design iterations, and going through testing again. Since the OTG capability isn't used by many consumers, manufacturers don't feel the need to advertise full OTG compliance.

Instead, they simply certify the phone/tablet/whatever/... for "USB device-only" usage, then use clever marketing wording (claiming "OTG-compatibility", for example), and call it a day.

Because they don't test for dual-role OTG compliance, they are not allowed to use micro-AB connector (or they would fail the simple device-only compliance). So they simply put a micro-B receptacle, and expect cable manufacturers to provide adapters such as the one shown above (although such adapters are officially forbidden by the USB spec - but cable manufacturers don't really care).

Also note that the logo on the cable above is not the USB logo that is subject to strict licensing. It is the "trident" logo, whose usage is much more relaxed. This logo, for example, does not imply that the item has passed the USB compliance tests.

I believe this is because of the cost of the devices. USB Micro-AB have the same soldering footprint as Micro-B. Micro-B is much wider used hence the connector is much cheaper due to the economy of scale.

Not the answer you're looking for? Browse other questions tagged connector usb-otg or ask your own question.

3
How do USB micro-B phones determine the host?

1
Can I cut up a proprietary barrel connector cord and make a USB power cord with it?
9
Are Micro A USB plugs actually ever used?
2
Pin of micro USB connector in Smartphone
8
USB power in Parallel, increasing the maximum current using a Y splitter idea[POWER ONLY]
8
5V tolerance on VBUS sensing input
7
Why aren't PCB mounted male mini USB connector parts common?
1
USB OTG with occasional charging
1
USB Dual Male Connector
0
can a female A USB port be used on an OTG host?