Can anyone identify this IC 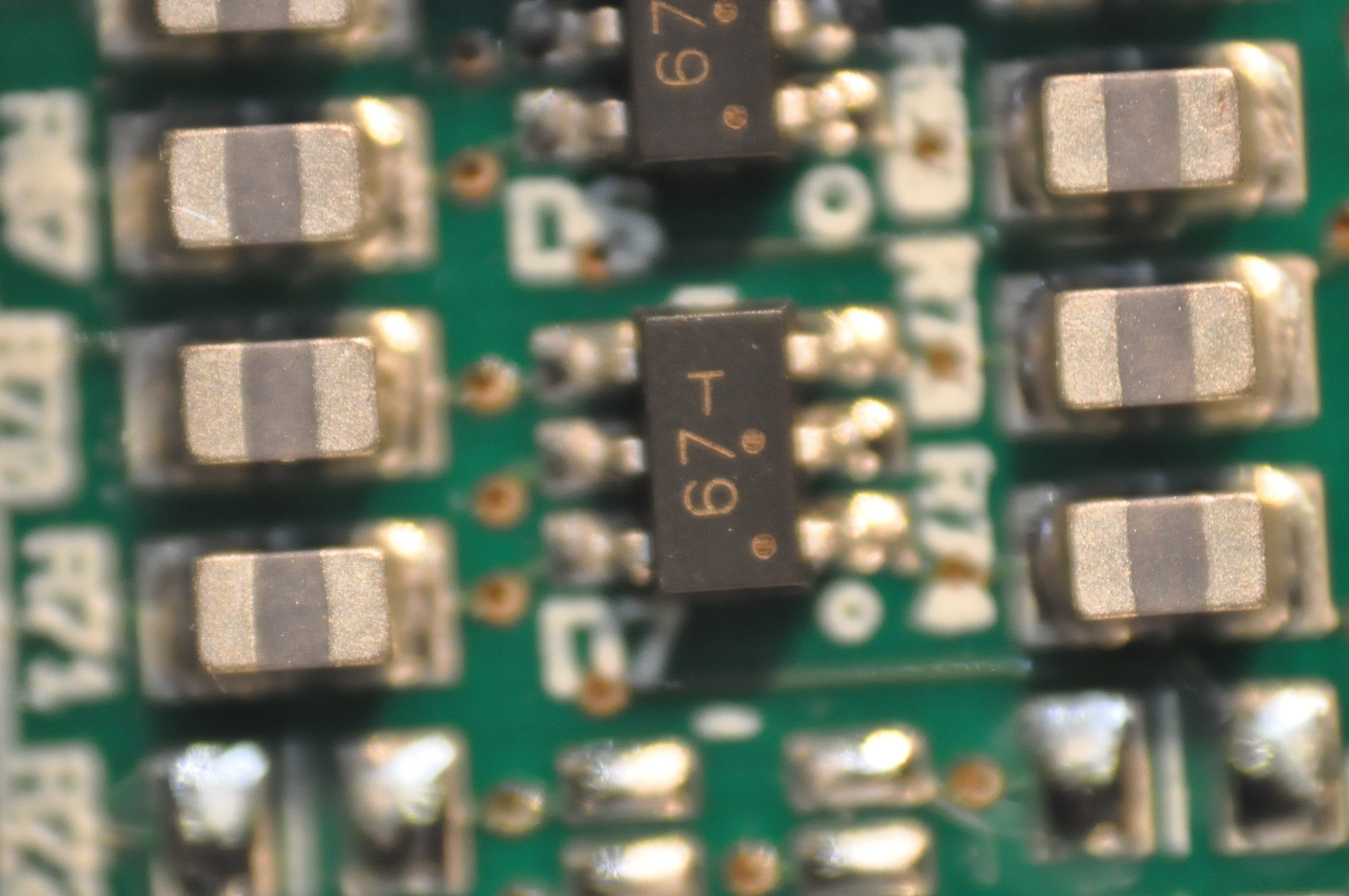 It's the 6-pin SOIC in the middle with what looks like "67T" or "T76" on the top. I can't find any info on this I'm hoping someone here has come across this. The top left pin is possibly a digital I/O pin but that's all the info I have. Any ideas on how to trace this?

From the looks of it, it could be a TVS (fits with the 'D' designator). Specifically the NUP4302MR6.

The device is a TSOP-6 package (similar to a SOT23-6 but a little smaller).

From the datasheet above, we see that the package markings are as follows: 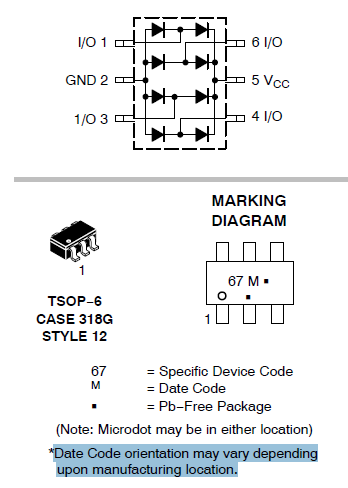 The main marking is "67" as expected, followed by a letter representing the date code (in your case T). Note that it also specifies that the orientation of the date code may vary, so fine with it being at 90 degrees.

Also there is a dot indicating P1 and a second dot indicating lead-free. Your package has both dots in the expected locations (the Pb-free dot can be in one of two locations, yours is in the lower one by pin 2).

The pin locations also seem to fit with your circuit. The four corners seem to symmetrically go to resistors (or at least parts marked with R# designators). The centre pins disappear off through vias to another layer - presumably to power rails if it is indeed this TVS in that circuit.