How does this flasher circuit work?

I was watching the video on Forever Flasher circuit in Advent Calendar of Circuits 2011 series by vk2zay. Below is the circuit I am talking about. However, there are some things I understand and most things I do not understand about the working of the circuit.

After some point Vc2 goes up to about 0.9 volts which turns Q2 off. So it turns Q3 off. What happens to the charge and voltage at C2? How and to where it discharges? At this point, how and from where to where will Ic1 go?

Sorry if I sounded complicated. I would appreciate any detailed information on this. Also, any tips on how to understand how these kind of circuits work? 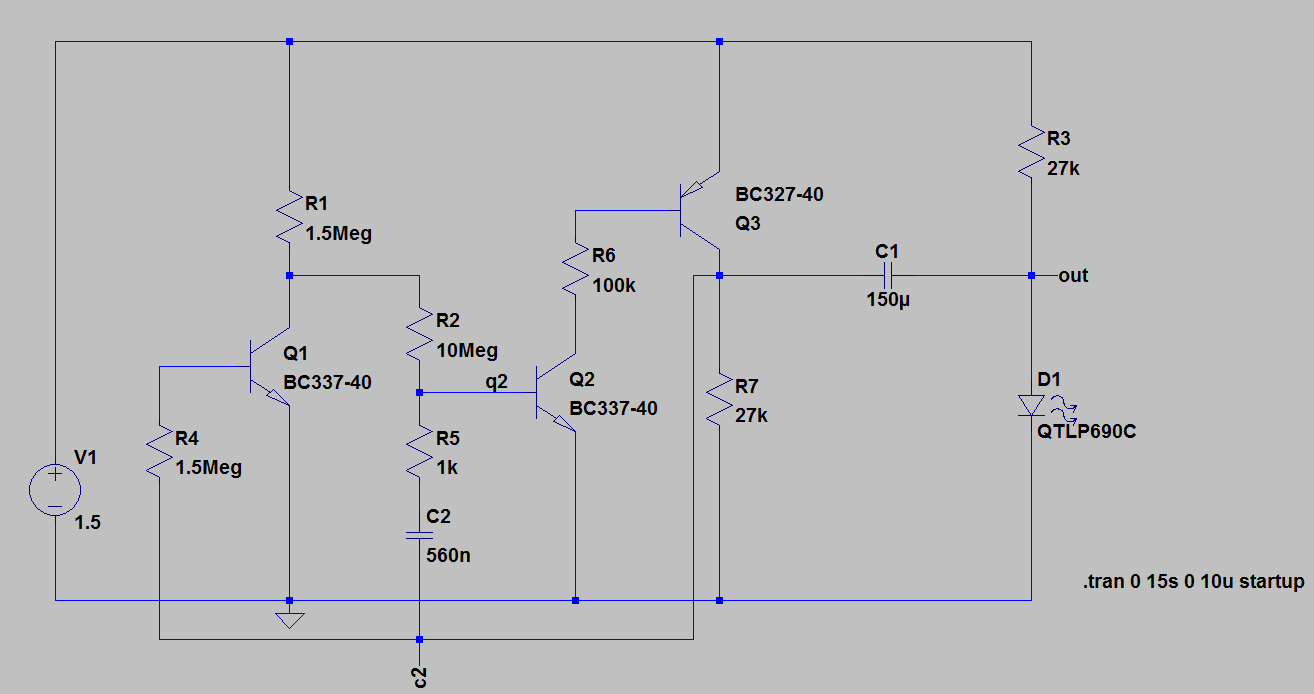 This is a bad wayto drive D1 as it provides large chort current pulses. IF the circuit is driving D1 at about mean rated current then current peakswill be >> I rated. Moderm LEDs only allow a small margin - which this will exceed if LED is near mean rated current.

So the 3 Q's are high low high

So the three Q's are low high low

This like 3 CMOS inverters in a row with output connected to input.
As their are 3 you get net inversion.
Connect out to in as here and it tries to "chase its tail" With pure R biasong it will settle dowm to some stable point/

BUT R5 + C2 connect across an inverting point - when one end is high it is driven by a low input and when low it is drive by a high input. This provides the negative feedaback to ensute ris system is unstable and will always chase its tail.

This is not a very "exciting" circuit. It id not obvious that it does anything overly well. But, it may.

Does it oscillate.
Note this is for 1 cell. Q2 grounds Q1's base - noyt good for high Vsupply

Components may be re-added as desired - this was a stripdown attempt AFAIR.

I "invented" this circuit in about 2000 and published it on-web in ?2001?.
I say "invent" as Q1 Q2 oscillator was used by Noah to power a deck light. I simply added L1 which was wholly obvious -and very successful. I would be completely non-surprised if this had been invented by 3,456 people, 10 years before I suggested it, BUT I've never seen any earlier versions. Several close version turned up inside 6 months of my publishing the original. No doubt a fluke - they didn't mention me :-). 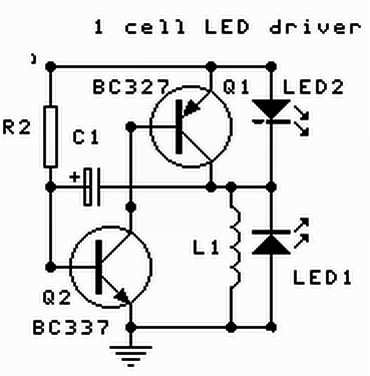 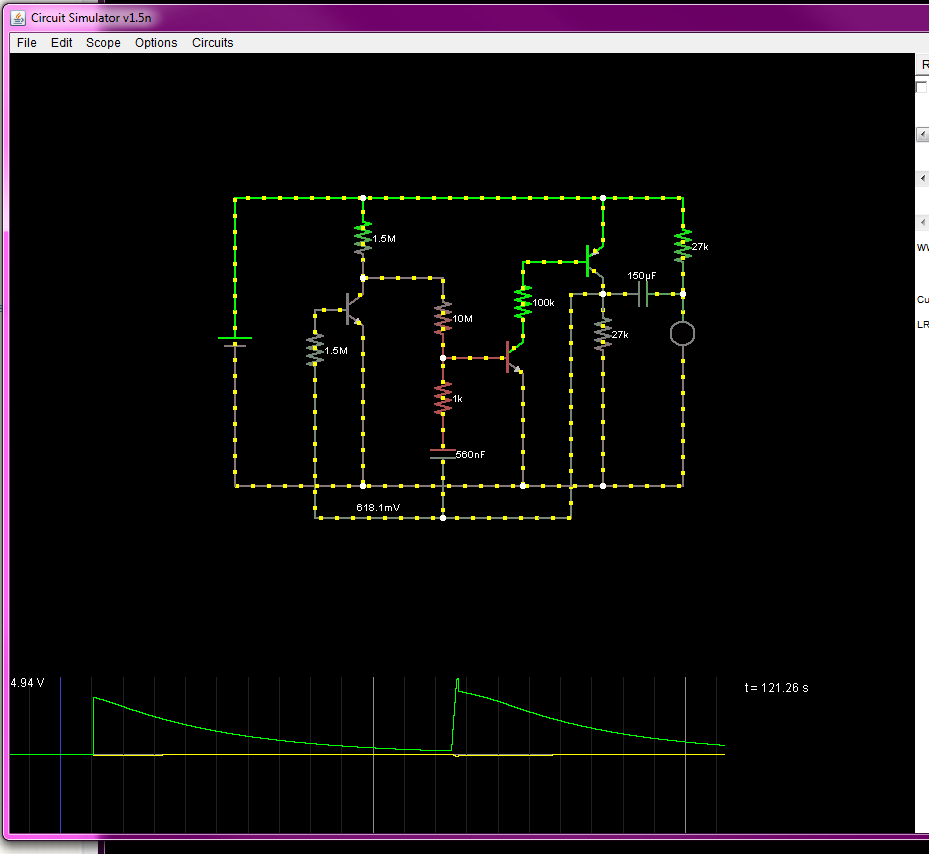 [Image is a link to the simulation]

This is a nice opportunity to play with the falstad simulator, as it's a good way to visualize circuit behaviour.

Not the answer you're looking for? Browse other questions tagged led transistors oscillator analysis how-does-it-work or ask your own question.