How does this circuit do current limiting

My application needs me to do current limiting, so for this i found a hope with this patent

which has the basic circuit as below

but the problem is i am not able to make out this circuit in my mind in terms of current, when i observed in simulation the diode connected FET 52 does the job of discharging the excess current and current sources 30 and 40 are the saturation currents 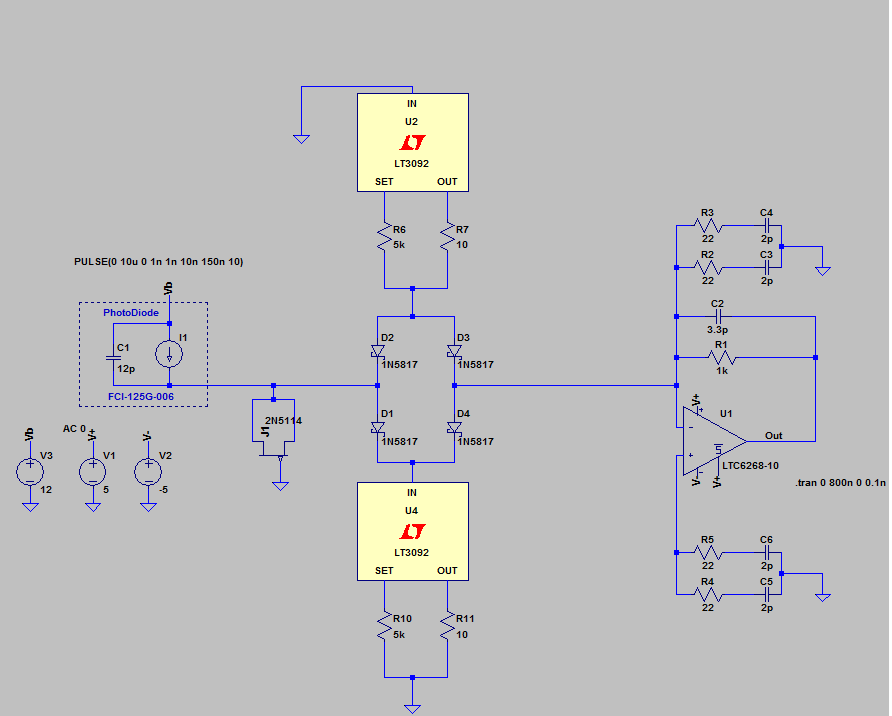 How is the circuit supposed to work?

I'll refer to the designators in the patent drawing.

Now the current through D4 and D3 are not equal, so by KCL at node (46), some current must flow into the op-amp circuit through R1. This current will be equal to the current originally produced by I1.

Because of current source (38) (let's call that "I38") the maximum current through D2 is limited. If the current from I1 is greater than I38, it can't flow through D2, and it can't flow through D1 because it would be reverse from the diode's direction. So the voltage at node (48) must rise until the JFET (52) is activated to pass current in diode operation, and the excess current flows through the JFET. Meanwhile, the current imbalance between D1 and D2 is limited to I38, so that is the current that gets delivered to the op-amp circuit.

Why is your simulated circuit probably not working?

According to the datasheet, LT3092 works when there is a positive bias of between 1.2 and 40 V between the input pin and output pin.

Not the answer you're looking for? Browse other questions tagged photodiode current-limiting or ask your own question.

0
current limiter for TIA, reducing the problem of distortion in over limit input