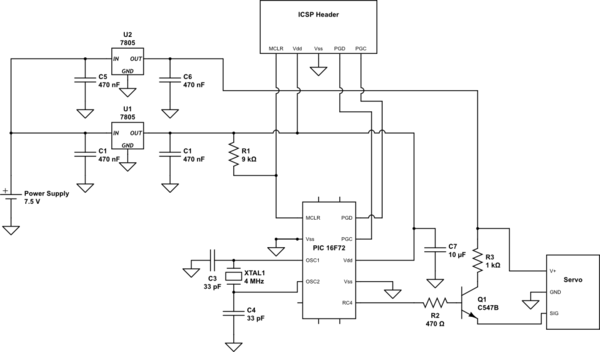 I have a project in which I am controlling/trying to control a Carson CMS-1 servo using a PIC.

I have a board set up with a 7.5v 1A dc supply going through a 5V regulator to power the PIC and servo.

I have generated a software PWM at 50Hz as per specification.

I have connected the output pin - RC4 of the PIC16F72 to a transistor C547B which switches 5v to the signal line of the servo. There is nothing else connected to PIC except the 4MHz oscillator, 9k pull up on MCLR and ICSP pins.

The PIC is programmed using a ICSP interface and a Pickit 3.

The circuit works fine when ICSP is connected to Pickit 3 however when the Pickit is disconnected the PIC gets very hot and the circuit fails to run.

I have looked online and seen PIC's connected directly to servo signal line and also through a transistor.

I assume the signal line requires more current that the PIC can supply so the PIC gets hot and programme fails.

Does anybody have any ideas as to where I am going wrong? I have changed the circuit a few times to reflect different schematics I have seen and always found the same problem. Does the Pickit affect the power on the PIC? I thought the Vdd and Vss lines on the Pickit were simply to detect if the device was powered. 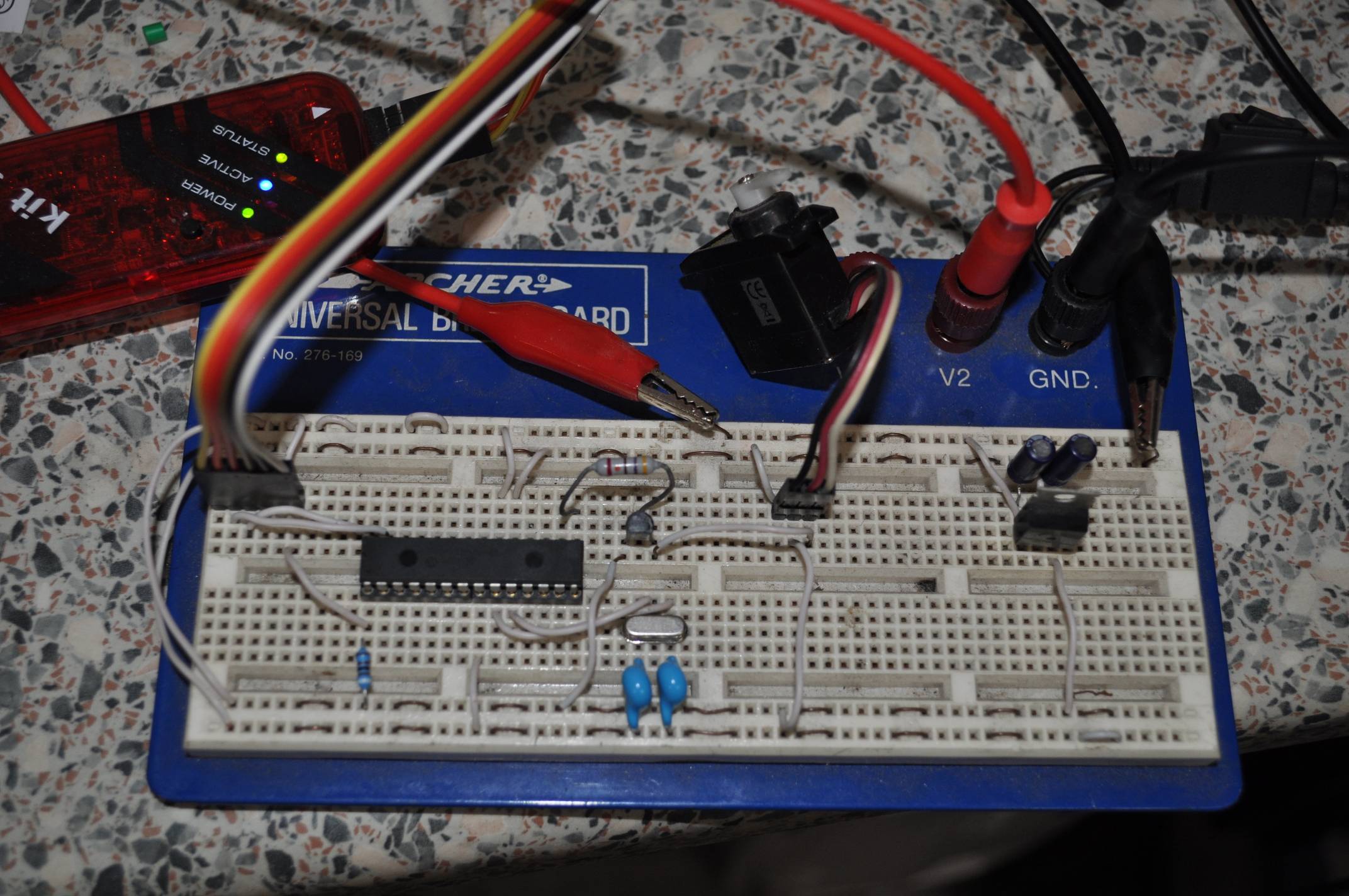 edit: I mentioned the Vdd and Vss lines on the ICSP connection because the circuit works when all other connections are removed except these

edit: I dont have a schematic drawn but circuit is similar to http://www.pyroelectro.com/tutorials/servo_motor/parts/schematic_large.gif

edit: power from Pickit 3 is deselected.

edit: Schematic drawn and added. (thanks for pointing me to the tool)

In all likelihood, you are suffering from bad layout causing problems with power. The ugly truth is that physical circuits are not perfect and the imperfections are sometimes not ignorable. Sometimes those imperfections really break a circuit.

The reasons that the circuit works with the ICSP connected is that it is helping regulate the power to the uC.

Here is what I would do:

Try 1 first, if it doesn't work, try 2 also. That will almost certainly work.

One last thing: I would also add a resistor to the FET driver: See https://i.imgur.com/k6iyO8P.png

Not the answer you're looking for? Browse other questions tagged pic servo icsp or ask your own question.