What does the word “characterize” mean in an EE context? [closed]

The key distinction I think I was missing was that characterization happens on the bench (as opposed to on an engineering pad or with a computer simulation). It is empirical.

There are other important notions in the background, like we want to understand a device's actual behavior well enough to reliably deploy it in an actual system in an actual environment, and this is what motivates us to characterize.

I encourage you to review all the answers.

Apologies to respondents and readers for any mismatch between question and answers resulting from my edits attempting to make it less a matter of opinion.

I got my BSEE in 1986, and promptly started a career in software development. Now that I'm "reclaiming" my electrical engineering education, I've had occasion to read quite a bit and watch a lot of videos on EE topics.

I've been struck by how often the word "characterize" has arisen in the discussion. It has never been accompanied by a definition for its use in this context, but that's not terrifically surprising. I'm familiar with the dictionary definition of course, but there seem to be connotations that are not immediately clear to me, like:

Can someone help me understand what more specific meaning it connotes when used in an EE context?

It seems to be pretty fundamental to the electrical engineer's role, and perhaps to any engineer's.

Starting at the beginning,

: to describe the character or special qualities of (someone or something)

This is one of two basic definitions for characterize (which describes the action you are referring to).

I think this definition makes a lot of sense, in context, but coming at it from the other direction, an instrument or device or circuit that is NOT characterized has not been studied and described in a way that may be necessary to understand its fundamental characteristics.

In general, there are two categories of device that the EE can deal with.. one that is characterized sufficiently.. ie one that is understood well enough to utilize for some purpose -- but not necessarily totally understood.

...and one that is NOT characterized sufficiently. You may characterize a resistor as Red Black Black Gold by visual observation. You understand that to be a 20 Ohm 5% resistor, and have a reasonable belief that the marking is accurate. But if you need a 1/2 watt resistor, but are unsure of what you have, it is not sufficiently characterized.

You may characterize it by putting a certain amount of power through it and observing the temperature rise... eventually deciding that 1/2W through the resistor raises the case temperature 40C, and that this is sufficient in your application.

NOW the resistor is fully characterized to your need.

"Why would a EE invest time in characterizing a device or instrument?"

"What would be his or her primary objectives in doing so? What outcomes, once achieved, would cause them to stop characterizing, considering their objectives achieved?"

Generally this is a test for suitability. Once these questions have been answered (is this device suitable: yes or no?) it's probably time time to stop.

"In what ways am I already naturally occupied by characterizing devices, circuits, or whatever, just that I'm not using that word to describe what I'm doing?"

Any time you seek to understand a device or a circuit in a situation that isn't fully given by its documentation, a characterization step probably is taking place -- especially if that effort involves testing.

Because things never work in practice quite how they work in theory.

Say you're an IC designer. You design your transistors and gates and registers and design, based on the simulation, it all works perfectly. But once manufactured, you need to know whether it actually works correctly, and if it does how it performs. If you made an amplifier you might want to know what it's gain is - and is that what you expect. How does your buffer design perform for clock jitter and slew rates - that is important to know if you are to use it in a circuit.

Even moving away from VLSI, characterisation is important. Say you build a filter using an op-amp. In theory you know the bandwidth, however in practice due to component tolerances and the like you might find it performs differently. You need to characterise it to know for sure what its behaviour is and whether you need to make corrections to the design.

You might design a microcontroller software which has to interface with some device. You need to characterise the timing of your I/O signals to see if they are performing as expected.

TL;DR; Characterisation is basically determining how the circuit/system/whatever you designed behaves, what its characteristics are, and whether performs within the required parameters to do the job.

One place the term characterise shows up is in simulation. All simulation tools and models are compromises, and the actual simulation results you get will usually be accurate in a particular mode of operation for a circuit, but not all potential operating scenarios.

I will give a three scenarios where a simulation does not sufficiently characterise a circuit (there are obviously hundreds if not thousands of examples): 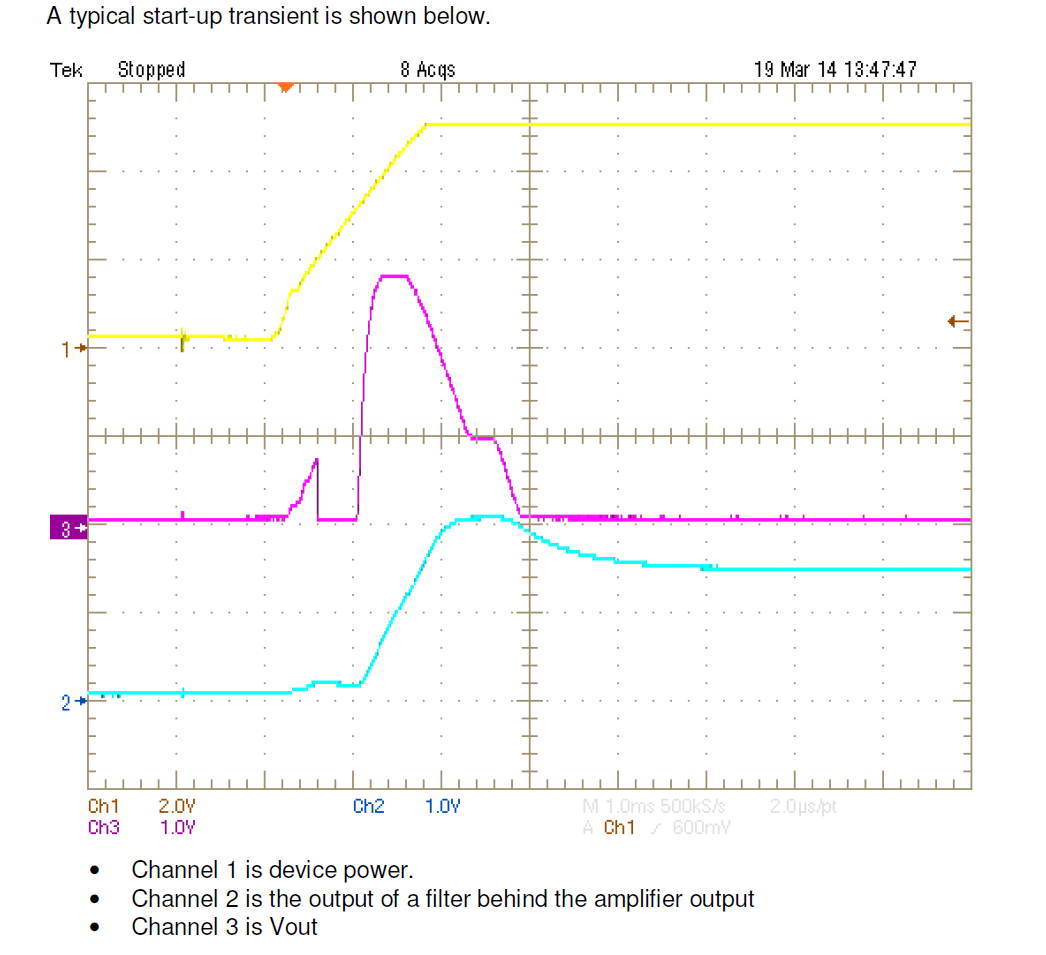 If you care about start-up behaviour (we did in this case), then the simulation has not sufficiently characterised the device. Try as you will with the model, you will not see this behaviour in simulation even if you set the power supplies to be pulse generators.

In these cases, measurements were necessary to characterise the parts sufficiently for my needs.

I do not blame the manufacturers, as they have optimised their models for the majority of use cases for other reasons, and in some cases guidance is provided.

The reason the word "characterize" is often used in EE (but not only there) is because in EE almost always models are used.

A model is an abstraction of the reality in orer to simplify the problem and a model is described by some characteristic parameters. I.e. in reality there may be many more parameters but most of them can be neglected when using the model.

E.g. a diode may be modelled by the Shockley equation with its characteristic parameters (reverse bias saturation current \$I_S\$ and ideality factor \$n\$) that describe the particular diode.
A BJT may be modelled by the Ebers-Moll or Gummel–Poon model each with its set of characteristic parameters that describe the particular transistor.

Depending on the particular situation one or another model may be more appropriate.

Not the answer you're looking for? Browse other questions tagged terminology or ask your own question.