Antenna's have a rated bandwidth of frequencies on which they operate. I understand that the antenna will still operate outside these frequencies, just that the signal will experience a greater attenuation at frequencies outside this range (like a filter's passband). Hence, my question is not a duplicate of this one.

What physical factor affects the bandwidth of an antenna? Is it the material? The image below shows two SMA compatible antennas. Both are almost the same length. The shape of the grey covering of the second antenna suggests that there is a similar inductor like structure inside it, which I know from practical experience is the "gain" of the antenna (correct me if I'm wrong).

The grey antenna is for 2.4 GHz WiFi while the black one is for sub 1 GHz GSM.

I can't seem to find out what physical factor affects the bandwidth. The only option left seems to be the material. Is it the case?

Also, since both have the same shape, is it safe to assume that both of them have the same polarization and radiation pattern? (I'm not good at Physics, avoid downvoting me on this). I don't know the model of any of these antennas however a Pulse W5017 antenna (not shown here) with the same shape has an Omnidirectional polarization and a Figure-8 radiation pattern according to it's datasheet (also shown below). Is it safe to assume that these antennas will have it likewise? 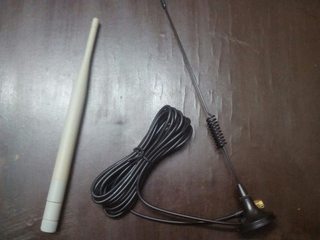 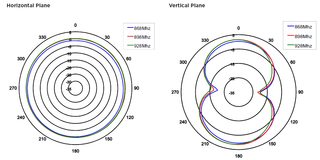 There are hundreds of different antennas so for my simple attempt at an answer I'll concentrate on the "dipole" and I'm not going to go into formulas too much.

What physical factor affects the bandwidth of an antenna?

The impedance presented by the antenna is a major factor. If that impedance changes with frequency, then transmitted power will also change. Consider this: - 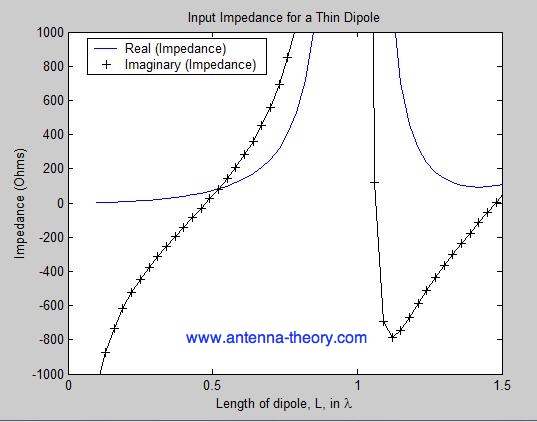 As dipole length becomes about half a wavelength the impedance becomes real and about 70 ohms. But go to 1 wavelength and the real impedance becomes infinite. This is a severe factor affecting bandwidth. Given also that the imaginary impedance change is quite severe, using a physical impedance (a series inductor for instance) to allow effective operation at slightly off exactly one half wavelength will result in a significant tightening of the bandwidth.

So, a short answer is that bandwidth depends on how you use the antenna as well as the choice of antenna.

There is a useful video at antenna.com on this page that might give a bit more insight. The same website goes on to discuss how thickening the dipole wire can make bandwidth wider: - 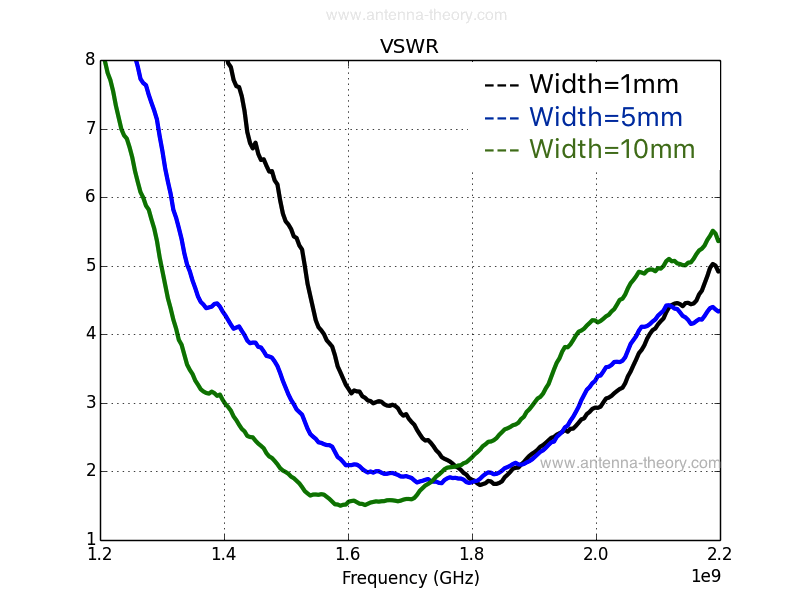 It now talks about VSWR (which is still all about the impedance presented by the antenna) and shows that a thicker wire produces wider bandwidth and, if the analysis spectrum were widened you would see much more significant effects: - 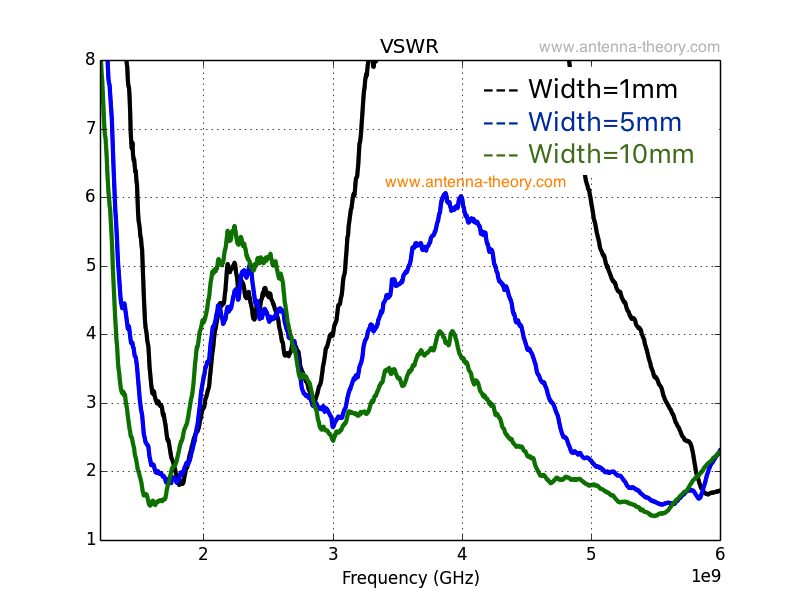 Antenna.com's conclusion below this is: -

Hence, this page can be summed up very succinctly: to get wider bandwidth, fatten up your antennas (this means: use more volume).

It's a really big subject but, for most regular antennas, the biggest decider of bandwidth is the driving electronics and impedance resonances. For instance, using a "short" dipole antenna antenna.com gives the following formulas and worked example: -

For short dipole antennas that are smaller fractions of a wavelength, the radiation resistance becomes smaller than the loss resistance, and consequently this antenna can be very inefficient.

The bandwidth for short dipoles is difficult to define. The input impedance varies wildly with frequency because of the reactance component of the input impedance. Hence, these antennas are typically used in narrowband applications.

4
What is the bandwidth of an antenna ? and what happens when a narrow bandwidth is used?

2
What is the difference between smart antennas and phased arrays?
6
What is the 3D radiation pattern of this chip antenna?
0
Can I use a 2.4 GHz antenna for 900 MHz signal?
5
2.6 GHz microstrip patch antenna with 100 MHz bandwidth
1
Using WiFi Antenna for 5G Mobile Network?
3
Suitability of standard-gain pyramidal horn for UWB signal
2
WiFi antenna understanding, which is 2.4, 5 GHz
0
Question regarding bandwidth of digitally modulated signals