Distortion due to transmission line effects of low pass filtering?

I’m currently working on a circuit set up where I’m using high speed serial to send data. However, I took a closer look at the clock signal and it appears to be distorted. I’m trying to determine potential sources of distortion. I’ve narrowed it down to three things: there is an impedance mismatch on the transmission line, the cable is somehow low pass filtering the signal, or the device is simply producing a bad clock signal.

I’ve done some investigation into determining whether or not it’s a transmission line related issue. My setup: A device sourcing the clock signal at 12.5 Mhz with an unknown output impedance. I’m currently waiting to hear back from the manufacturer to determine this output impedance. This signal is then placed on a 10 ft cable (non-coaxial cable - http://multimedia.3m.com/mws/media/343873O/3mtm-shrunk-delta-ribbon-sdr-cable-assembly-ts2120.pdf). It states that the characeteristic impedance of this cable is 100 ohms. The signal is then going into a high speed data acquisition device with input impedance of 50K ohms.

I’ve attempted to impedance match the source, transmission line, and input data acquisition all to 100 ohms. I placed a 100 ohm resistor across the input data acquisition terminals, but I have not done anything related to the clock generating device since I don’t know the output impedance. I have a couple picture of the clock signal running at 6.25 MHz and you can see the distortion. 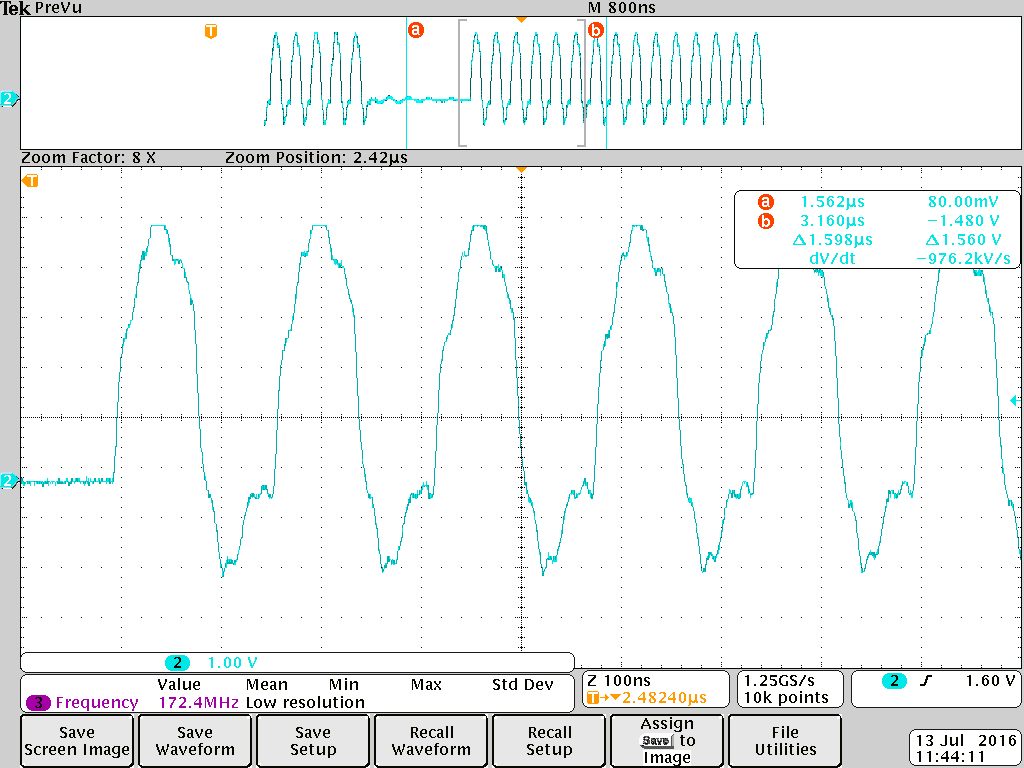 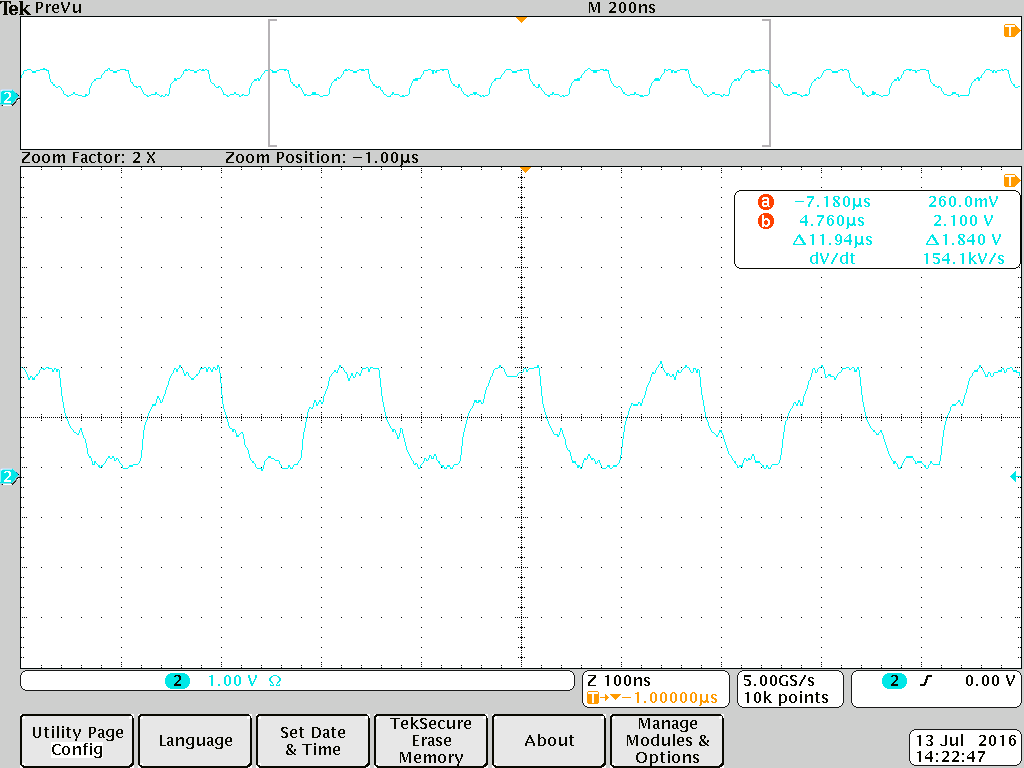 Does this distortion appear to be due to the effects of transmission lines? Or does it look like it is more just due to low pass filtering? However, there are some jagged steps in the signal which don’t seem characteristic of simple low pass filtering of a clock signal.

And I suppose it could also be due a badly generated clock signal to begin with.

I've just realized that you are driving a twisted pair from a single ended driver - this would be incorrect. If you are going to do this use coax. The big problem is that twisted pair only sensibly works when it is differentially driven. It appears you are not doing that. You may well compound the problem by having a single ended (not differential) receiver too.

The plateaus or steps that you see in the waveform are an indicator that you have significant reflections occurring due to impedance mismatch. Make sure you probe the signal at the end of the line so that what you see on the oscilloscope matches what the receiver is seeing as closely as possible. The width of the step is approximately twice the propagation delay of the impedance mismatch.

Not the answer you're looking for? Browse other questions tagged transmission-line low-pass distortion or ask your own question.