When I was trying to see the effect of load at the output of an RC low-pass filer I found myself in some sort of confusion. Below is an RC low-pass filter circuit with another R as a load and its Thevenin equivalent: 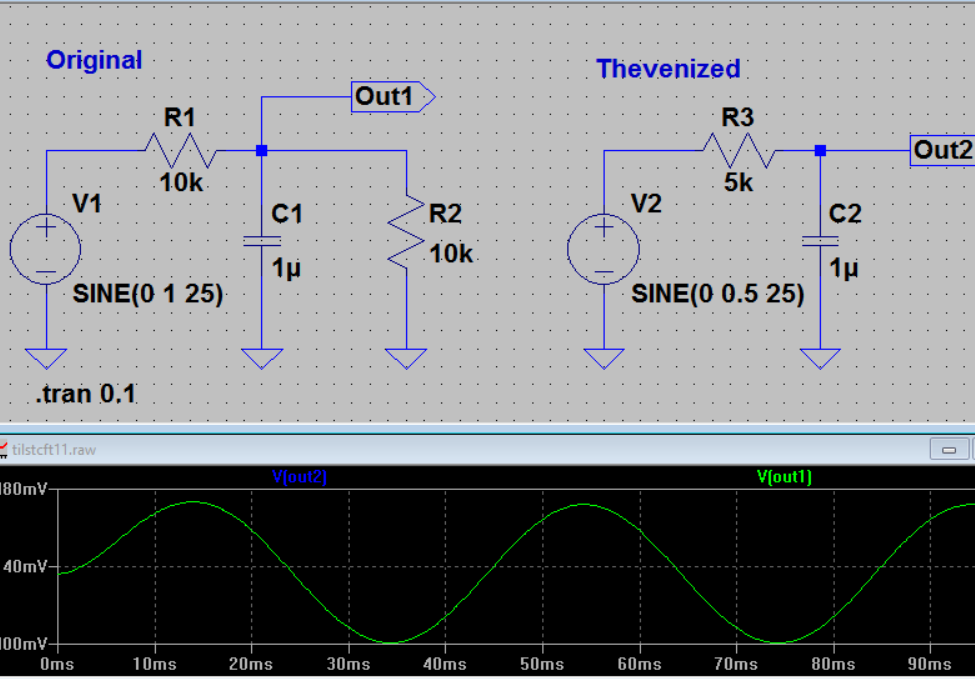 LTspice simulation in time domain shows that these circuits are giving same outputs at any frequency. Therefore I thought the cut-off frequency of the Original circuit must be the same as its Thevenin equivalent.

To verify it I first plotted the frequency response of the Original circuit as below: 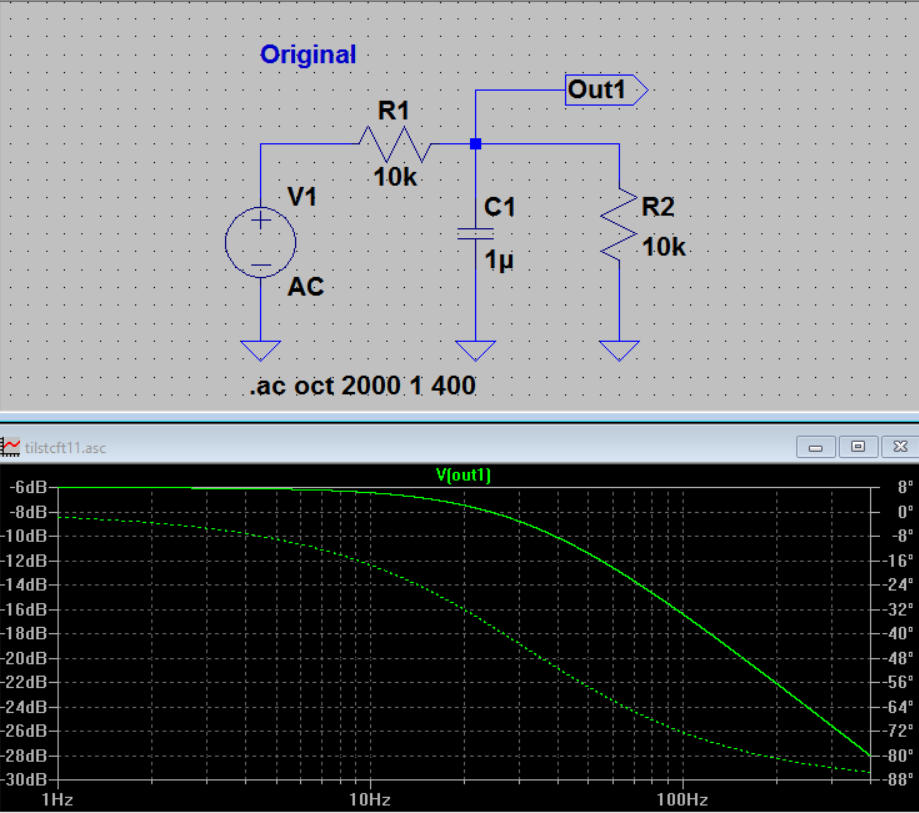 As you see in the above plot, the Vout starts from -6dB and there is no -3dB in the entire plot for a cut-off frequency.

Then I plotted the frequency response of the Thevenized equivalent as below: 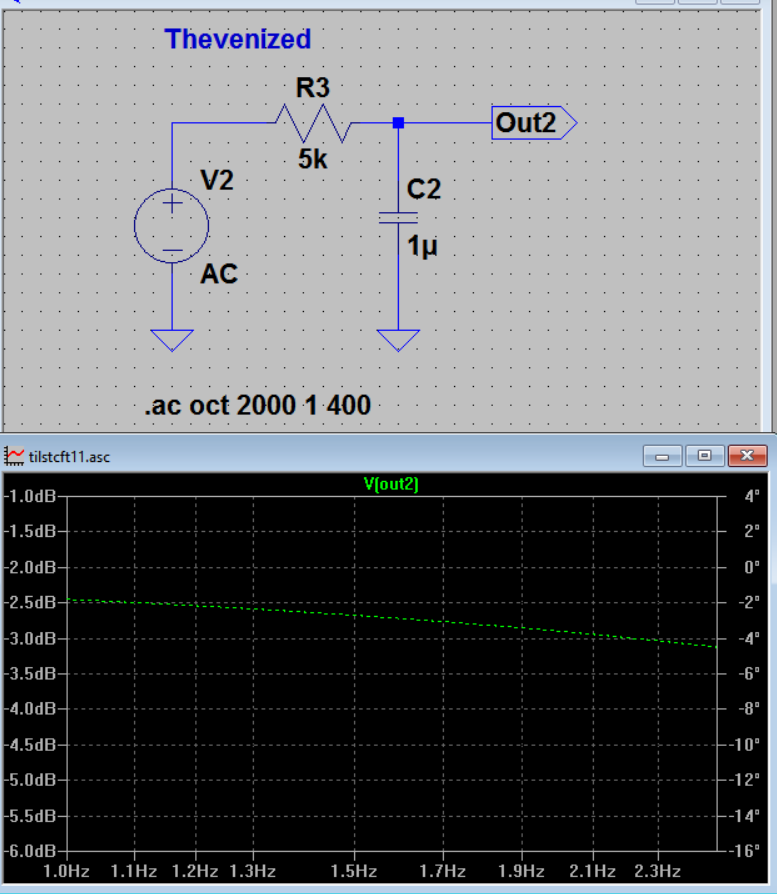 What is going on wrong here?

All three ways give different results. Which one is the right one?

All three methods give the same answer.

The filter with the load resistor starts from -6dB, so the '-3dB point' is -9dB on that graph. Reading the first graph by eye looks consistent with just over 30Hz. Zoom into it for better accuracy.

In the second graph, for some reason you have taken the phase curve (the dotted line), which is the same height for 4 degrees shift on the right y axis and -3dB on the left y axis. You don't see the gain curve at this frequency because the y axis scale starts at -1dB (or maybe you've not plotted the gain curve). Replot your second graph with frequency going up to 100Hz, and gain axis from 0dB to -10dB. When you do, you'll see it agrees with the theoretical 31.8Hz figure you've got from calculation.

Not the answer you're looking for? Browse other questions tagged passive-networks thevenin cutoff-frequency or ask your own question.