first, sorry about my english.

Currently I'm working as project engineer developing an AC/DC power supply. The AC section is a resonant flyback and diode rectify to get 48VDC. With these 48 volts and 4 MAX17506 DC/DC buck controller, I obtain four 5VDC/3Amps outputs. Next picture is brief of my circuit. 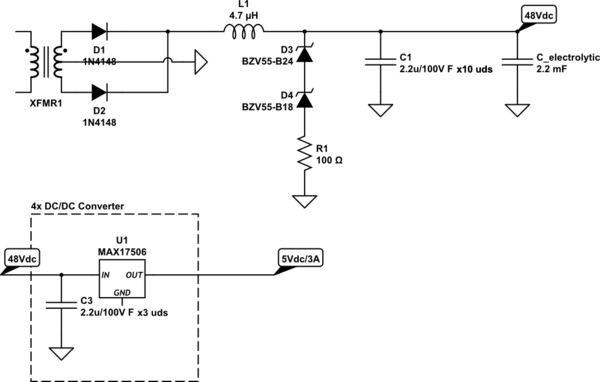 As you can see, I rectify using a pairs of diode and clamping the voltage with two zeners, next a ten units of MLCC murata capacitors (2.2uF/100V X7R C1206) and single electrolytic cap (2200uF/63V). Following, four DC/DC buck converter using the MAX17506 IC. This it's working fine, but in several units the MLCC caps (caps before electrolytic) was literally blown to pieces. Things tested:

The only clue about this mystery is what the electrolytic capacitor always be BEFORE MLCC caps, not after. 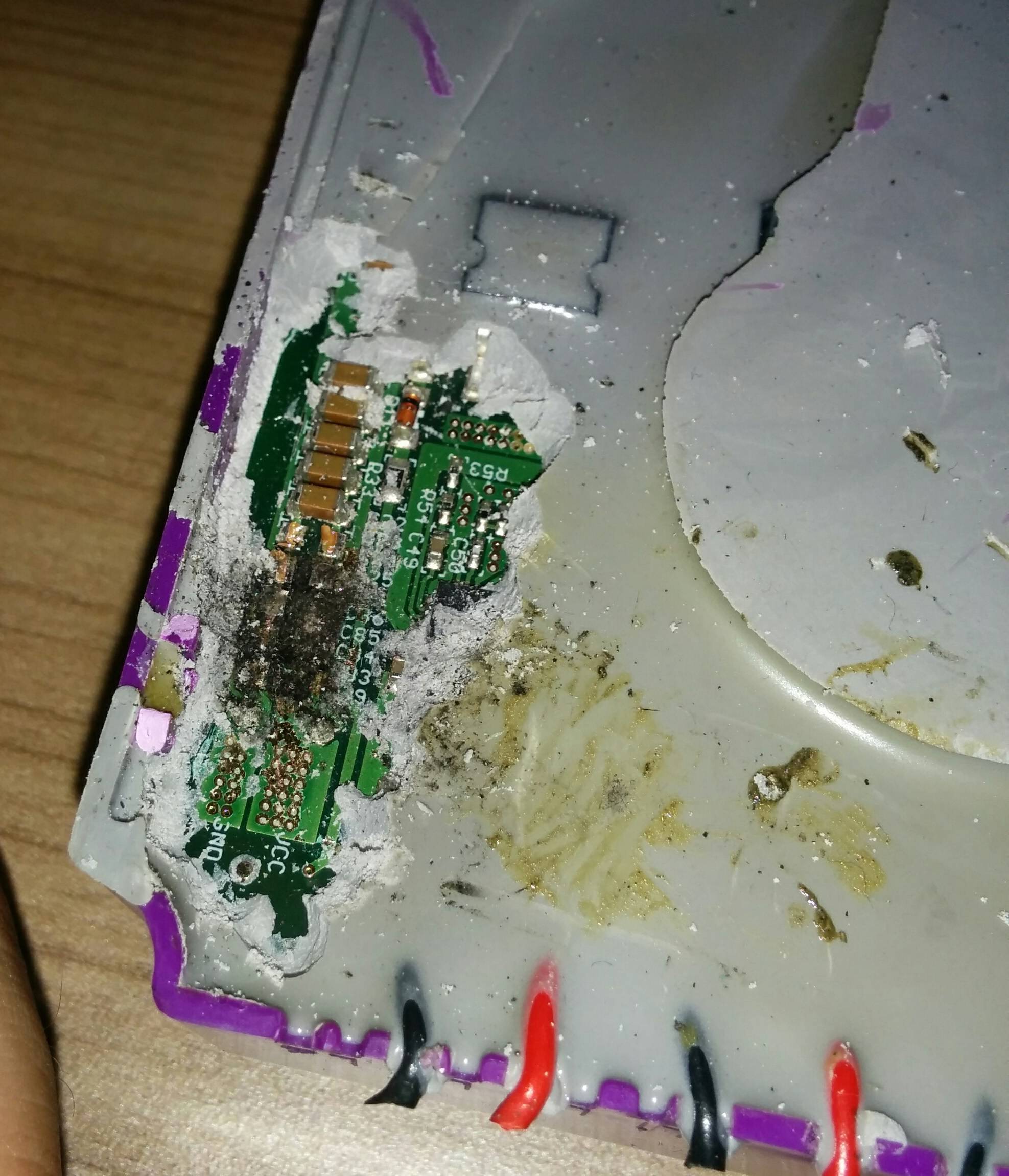 the gray thing is Polyurethane Resin

You have a fairly high power circuit (>100W). You don't say what your switching frequency is (I would guess in the MHz range for a resonant converter), but the characteristics of the Murata part show an ESR that can be as high as 20m\$\Omega\$ at some plausible harmonic frequencies.

It sounds like the MLCC cap is taking too much current and experiencing excessive dissipation, possibly due to the layout. The fact that the caps 'after' the e-cap are living whilst their compatriots unprotected by the electrolytic die indicates you probably have some significant (at your switching frequency) inductance and resistance in the path. It's a bit surprising this would happen with 4.7uH in series, if it is actually in there and functional. If it's a dual type you might want to check that the coils are adding and not opposing.

If you have an IR camera with sufficient resolution to see the 1206 temperature you might be able to pick out the problem area. 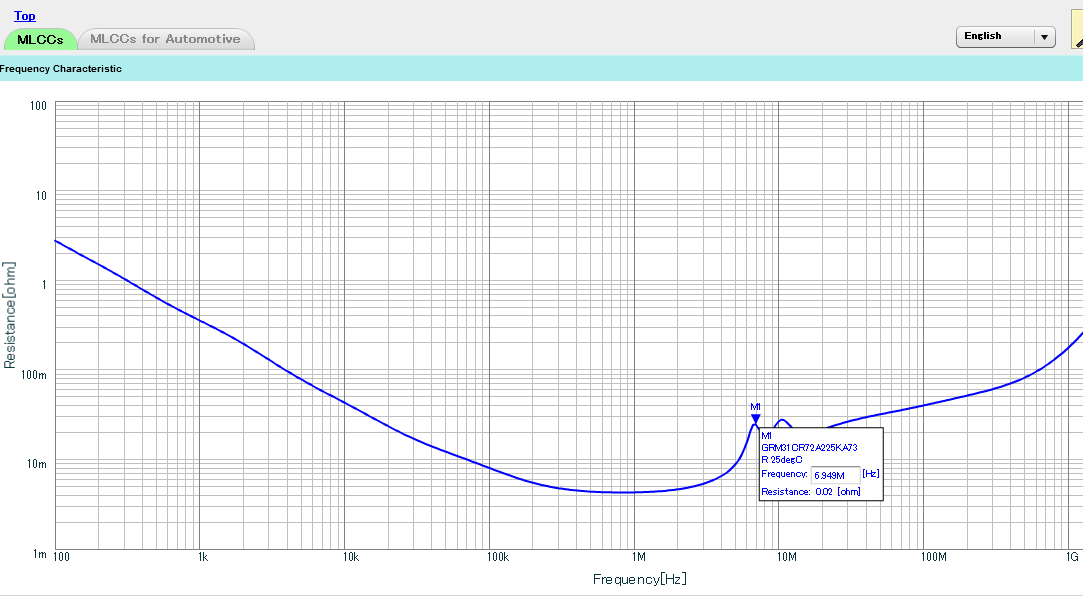 Since you've revealed that you are potting the circuit in rigid polyurethane I would suggest another possibility- that the potting is in some way responsible due to mechanical stress or some other effect. PU resin, in my experience, cures quite quickly and with a lot of exothermic heat, so it would tend to cause a lot of stress on the PCB and parts. You might be able to use a flexible conformal coating spray over vulnerable parts before potting to help, if this is the problem. If you have never had failures in unpotted devices, even with temperature cycling in an environmental chamber and repeated on/off cycles, that would tend to point to something to do with the potting.

Not the answer you're looking for? Browse other questions tagged electrolytic-capacitor or ask your own question.