I refer to the two round yellow-ochre things mounted on the blue capacitors. They are coupled in series from a sold-state power amplifier stage, and the capacitors AC couple to the speaker load. The mystery components appear to be inductors but they aren't featured in the schematic. They measure 1R3 and about 140mH. 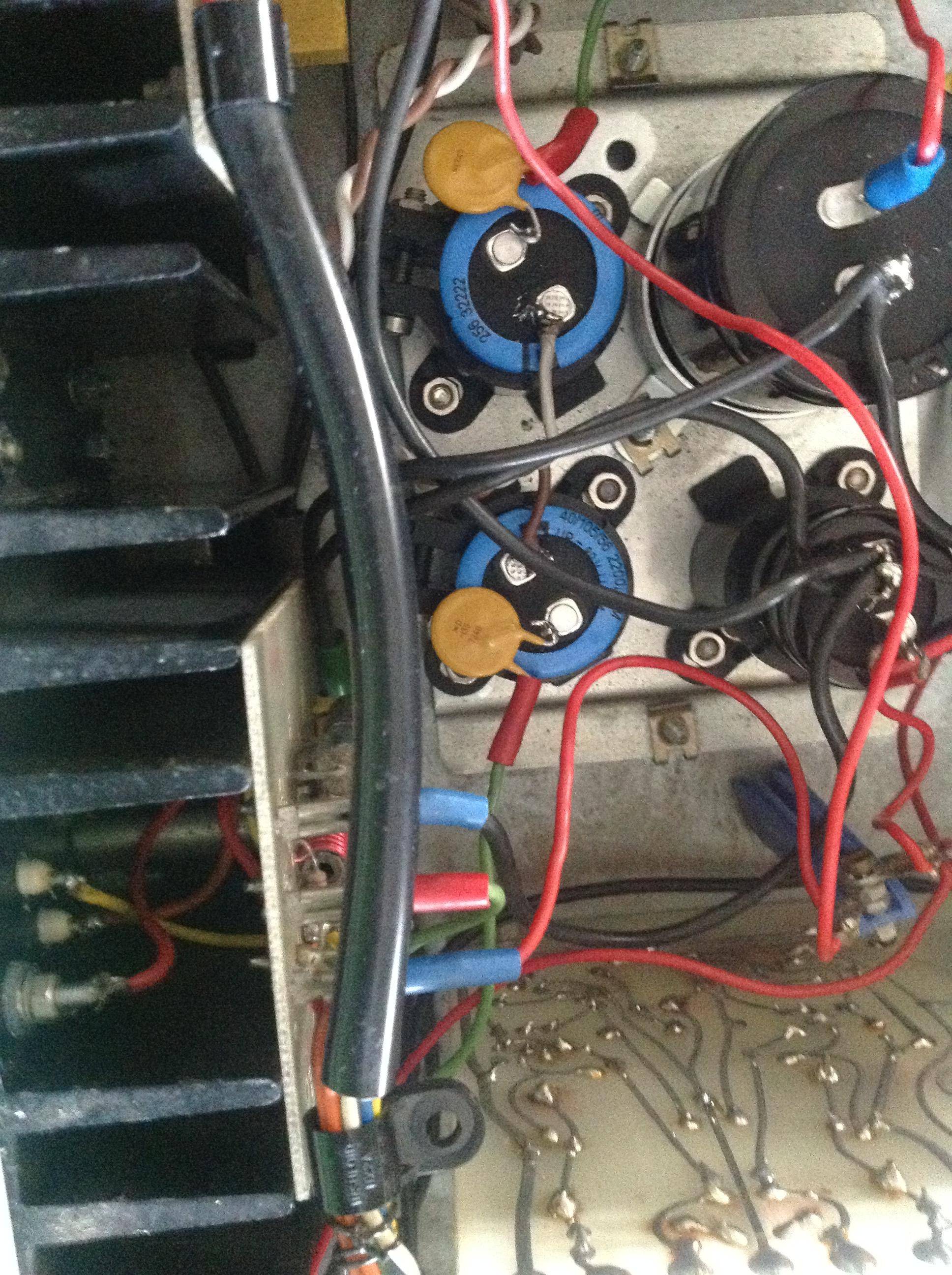 And if it is an inductance, what would be its purpose? At 140mH it seems far too large in an audio circuit.

I, too, would vote for PTC (Positive Temperature Coefficient - a resistor that increases in value as it warms). Used to limit inrush current. It may be these are an afterthought, which would explain why they are not in the circuit diagram.
A MOV is a surge suppressor that decreases in resistance over some limiting voltage. Used across lines to prevent excess voltage during faults.

It's a transient / surge absorber (google "ZNR"). Its purpose is to limit the inrush current caused by empty capacitors during power-up.

Not the answer you're looking for? Browse other questions tagged amplifier audio passive-components or ask your own question.

5
Which Amplifier Should I Use After my DAC (what are I am doing wrong)?
3
Repercussions of choosing a poor audio amplifier
4
Identifying this "IC”, Trying to reverse engineer a board
0
Audio AMP Datasheet help
1
How to solve BJT amplifier clipping a signal?
0
Bypass capacitor theory
0
Beginner A-class audio amplifier
1
Unstability with tda 2002 bridge configuration
0
how to increase output power of multistage audio amplifer?