I have a problem with a battery booster/charger circuit, that I really can't figure out and I hope that somebody can help me. 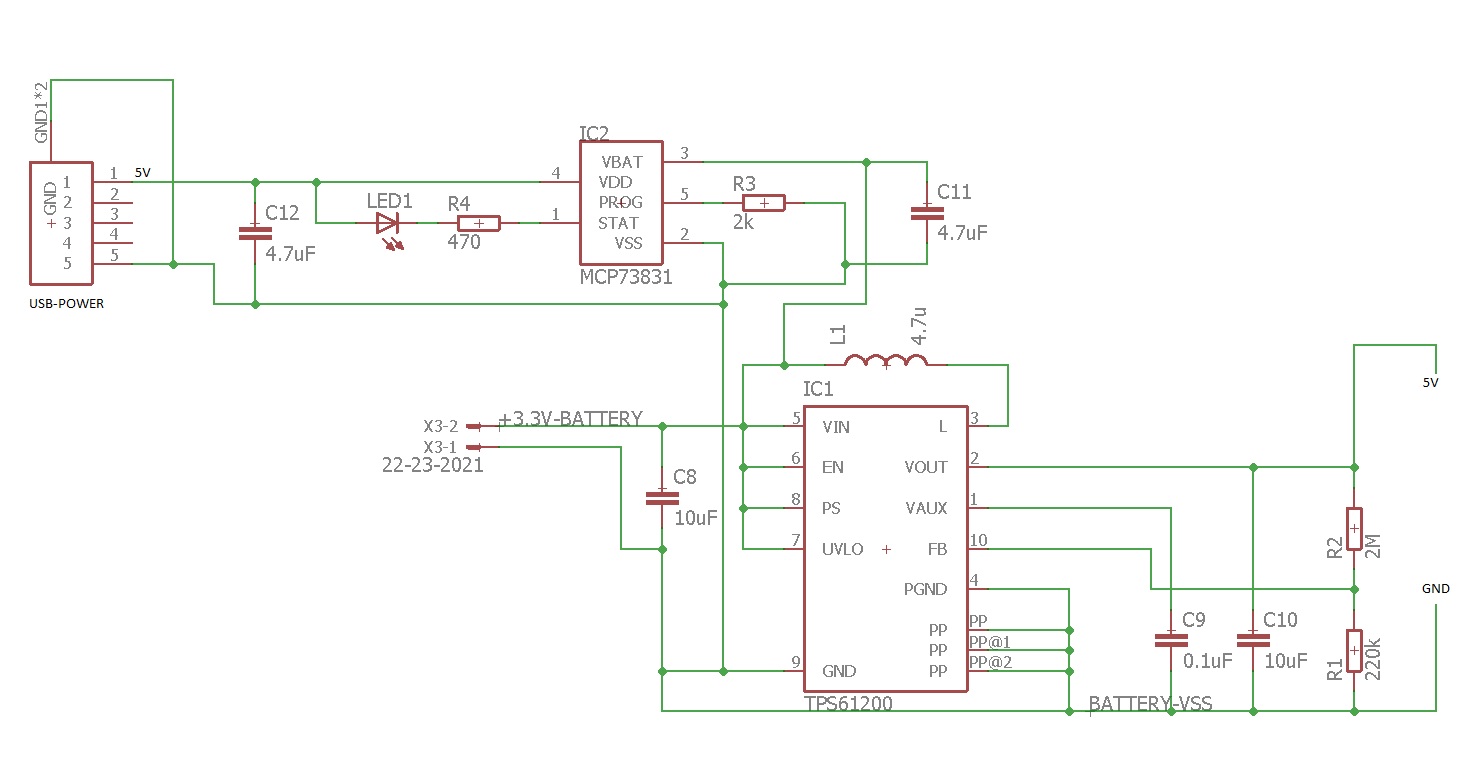 When i connect a 3,7V battery at X3-2 and X3-2 the TPS61200 quickly gets very hot. However it is still working and outputting 5V. At the moment the TPS output is not connected to anything.

There is no USB connected to the USB-POWER supply.

The circuit is based on the following schematic: http://cdn.sparkfun.com/datasheets/Prototyping/PowerCell-v13.pdf

Can anybody help me? Thanks!

UPDATE 1: I meassured the 5V output with an oscilloscope and got the following result: 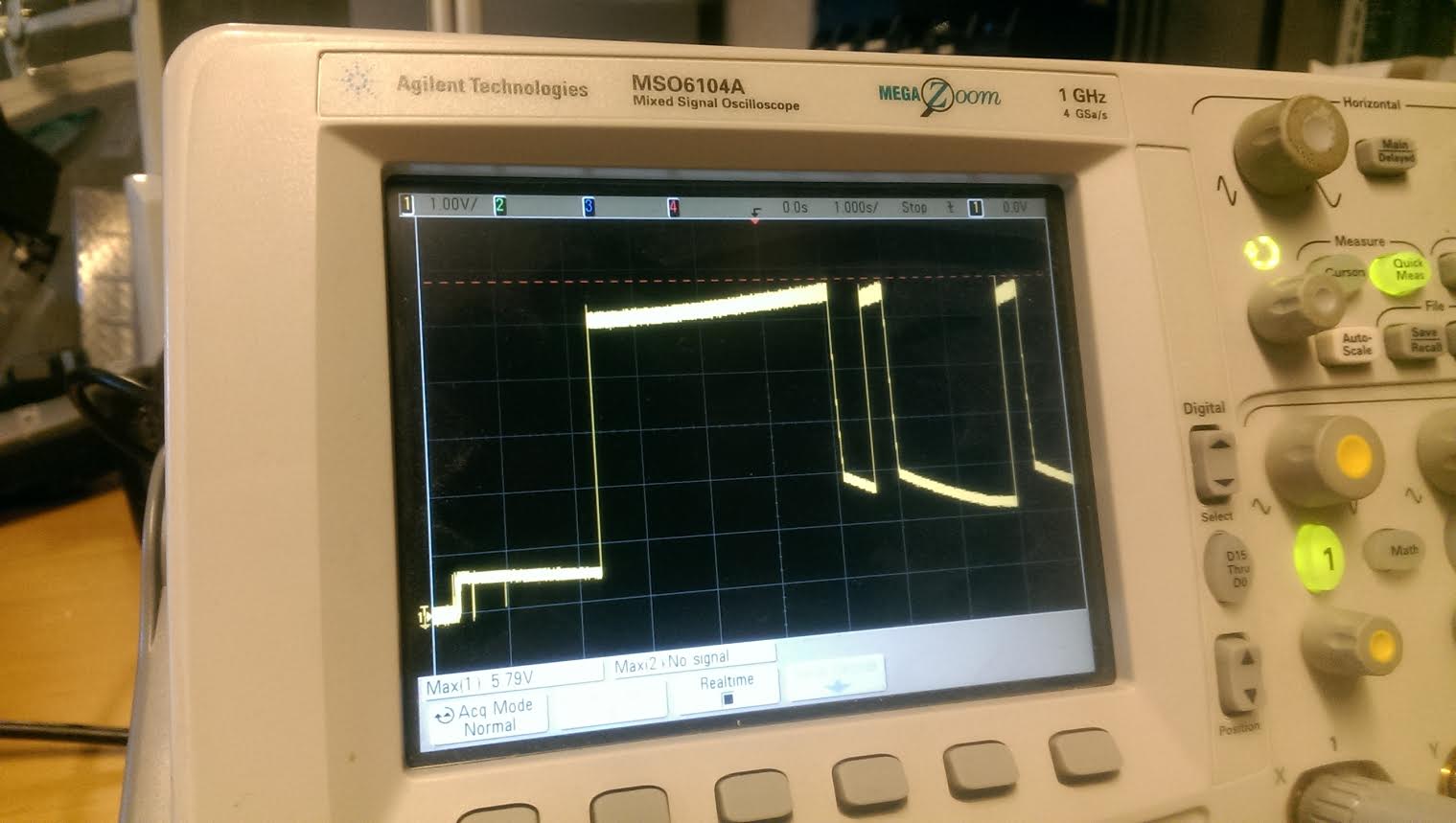 It seems like the TPS cuts off repeatedly (maybe because of internal thermometer?). It cuts off at 5.8V, and drops down somewhere between 1-2V.

I also meassured while driving a DC motor and got a similar result: 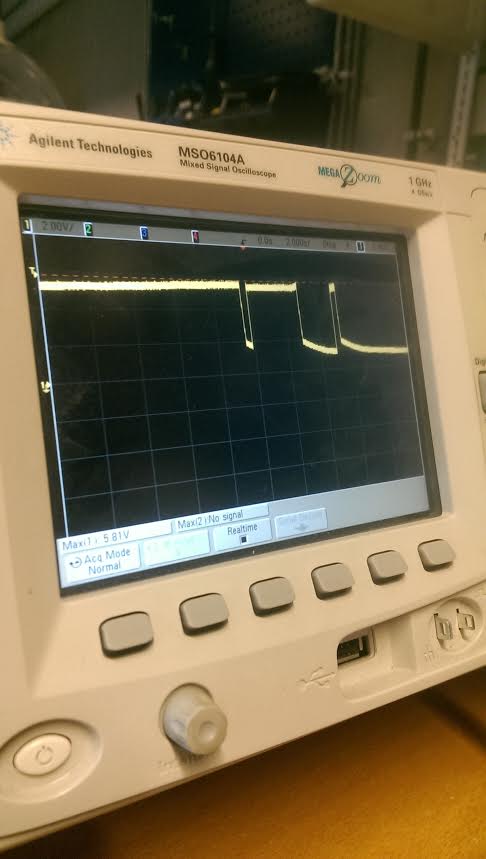 Here is the PCB-layout from eagle: Top

I have also taken some pictures of the board: Top 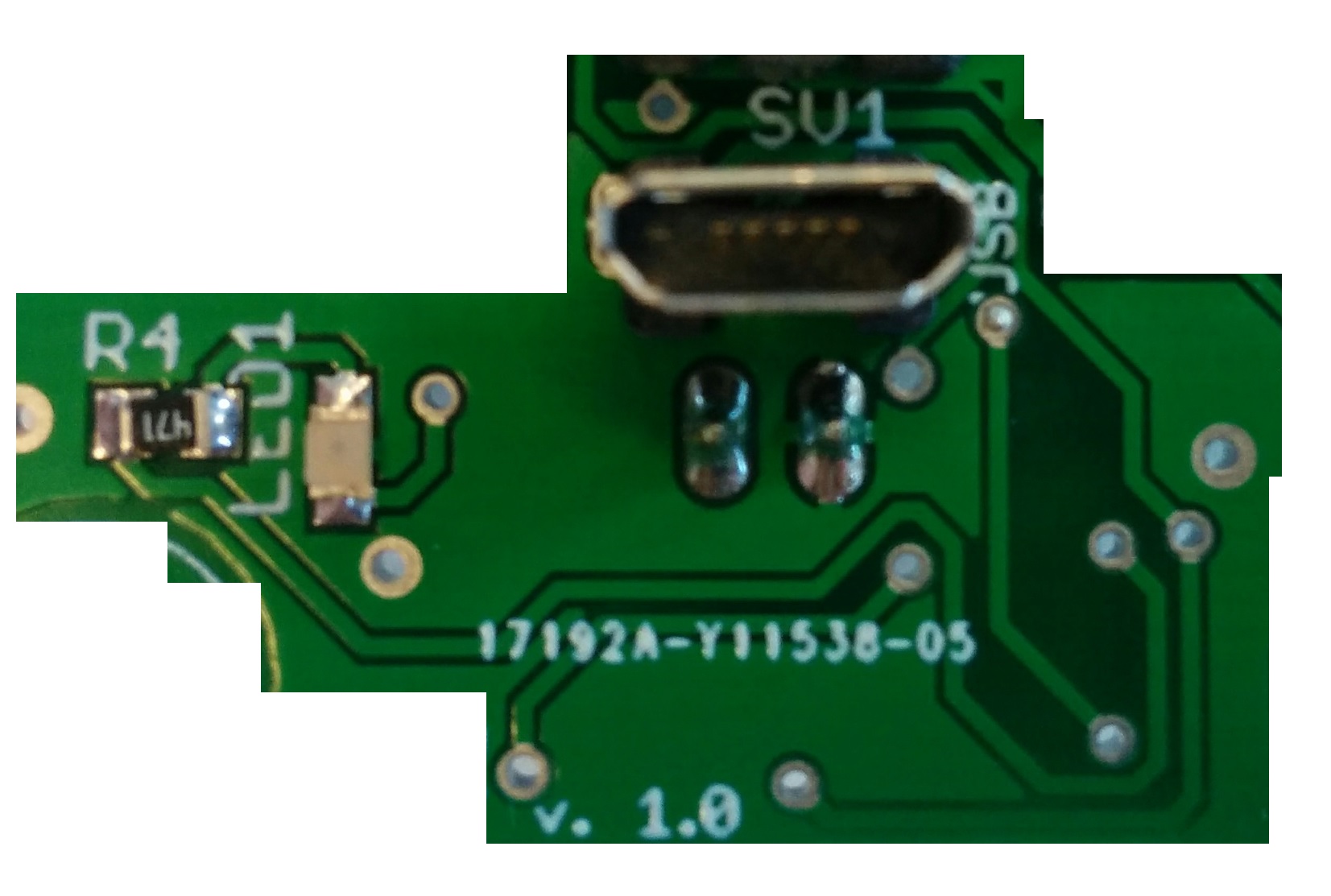 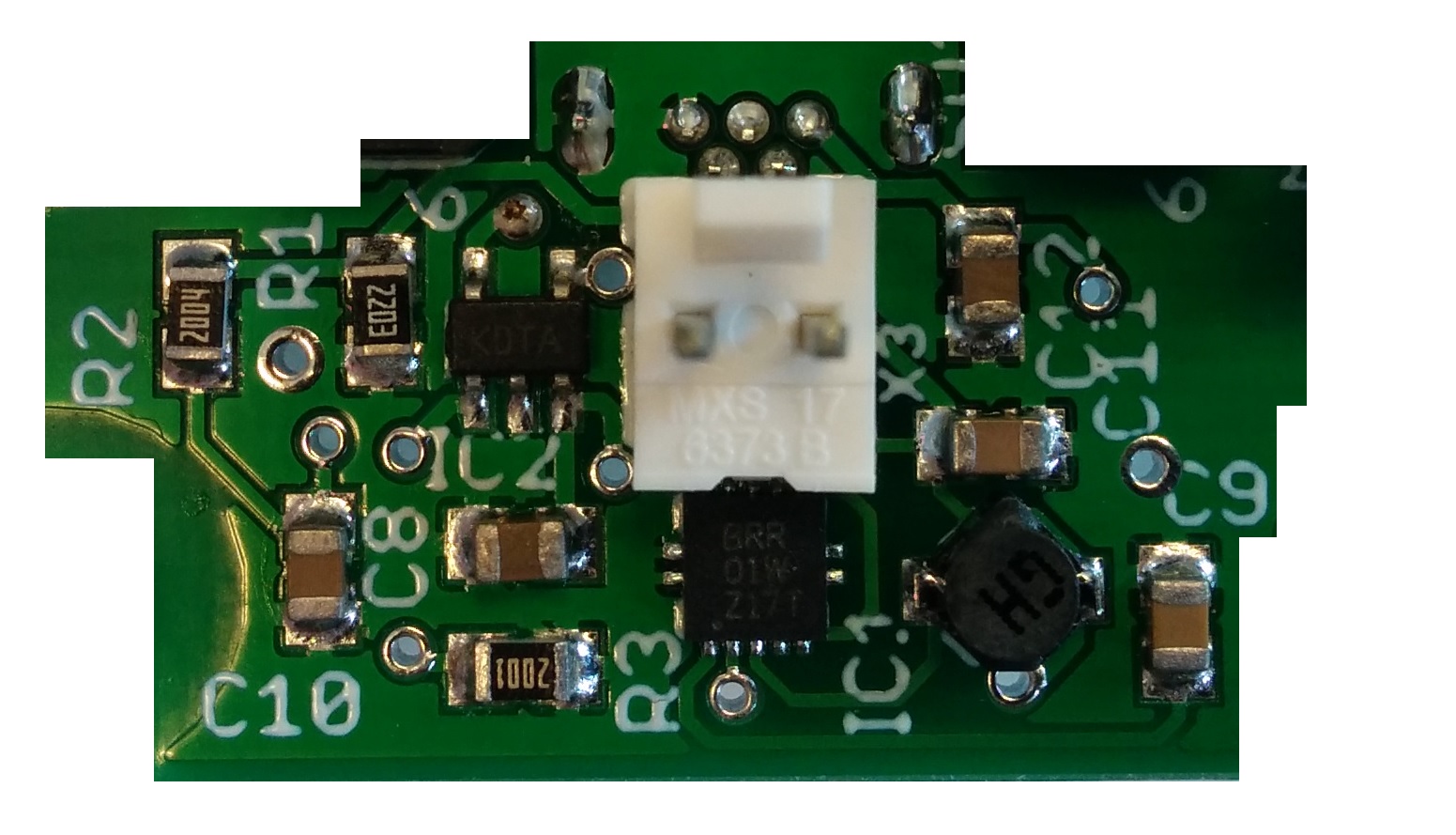 In looking at your layout, you don't have a great thermal ground connection and are doubling your thermal resistance (Junction-to-board characterization parameter 16.8 C/W, if I read right which also happens to be the lowest thermal resistance pathway to the ambient) to the ground plane by halving the connections to it. And not having as much ground plane to sink current also presents an issue. The layout guideline in the datasheet has the ground connected on both sides. A quick look to the datasheet also suggests as well as other issues with this design:

If the layout is not carefully done, the regulator could show stability problems as well as EMI problems. Therefore, use wide and short traces for the main current path and for the power ground tracks. The input and output capacitor, as well as the inductor should be placed as close as possible to the IC. Use a common ground node for power ground and a different one for control ground to minimize the effects of ground noise. Connect these ground nodes at any place close to one of the ground pins of the IC.

It also looks like the inductor is located far away from the IC which probably isn't that big of a deal, but the cap C11 could be a big issue. You have a small trace from the battery to the power cap and from the power cap to the TPS61200, these traces have parasitic resistance and inductance. This parasitic impedance blocks the effectiveness of C11 and also makes it harder to source power from the battery at high frequencies. At this point I would consider scrapping this design and making it more like the manufacturers suggestion.

You could run through the power equations and throw in parasitic resistances and inductance and see what your biggest source of thermal error is. Simulating it in spice always helps too, and the parasitic resistances and inductances can be calculated from PCB trace calculators. One thing that you could do is beef up the traces to C11 with a blue wire and see if this helps on your current design.

Short story, follow the manufacturers lead on these, or do lots of math, but it usually takes less design time to just go with the manufacturers tested solution. Sometimes you can get away with layouts like this if your not generating a lot of heat in the switcher.

Not the answer you're looking for? Browse other questions tagged circuit-analysis battery-charging boost or ask your own question.

1
N MOSFET Issue in Battery Charging Circuit
10
Routing a buck/boost DC/DC converter
5
Component usage in this constant-current source circuit
0
How do I know if TP4056 charging modules are faulty
0
Charging 3P pack of 18650 batteries using a single TP4056, and protection standards
3
MT3608 gets very hot only handle 1A
2
Mesh current analysis - with AC in s-domain