How to shift signal phase in matlab from this circuit? 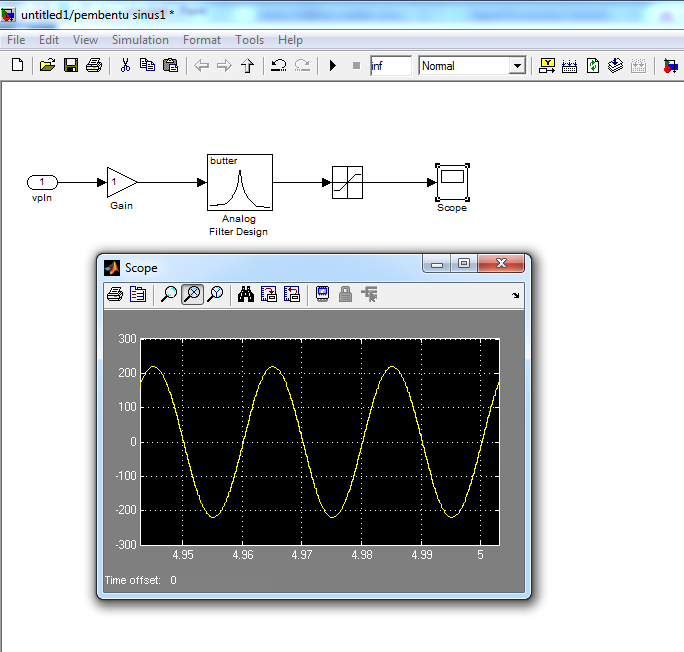 The reason there are "red dot's" is because you are attempting to cross domains.

Simulink contains multiple physical domains which prior to Simscape was not that obvious (in simscape electrial, mechanical, magnetic, hydraulic, etc.. all have unique trace colours).

In the example shot above you are attempting to connect BASE Simulink to SimPowerSystems (Specialist Technology, not Simscape electrical). These are completely incompatible and you would need to use "Controlled Voltage Source" to produce a time varying SimPowerSystem voltage that could be fed into a passive array to create a phase shift and an attenuation. 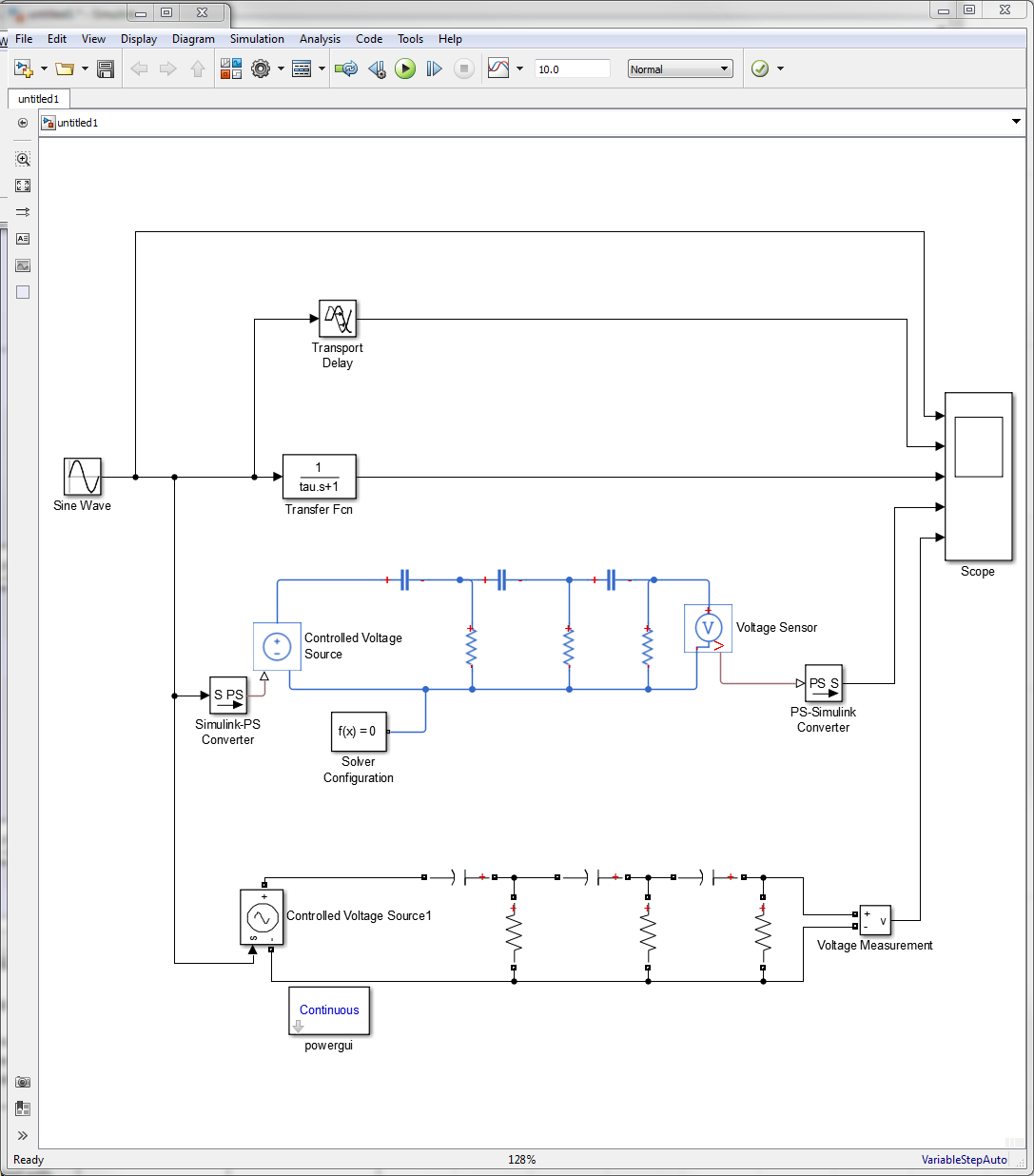 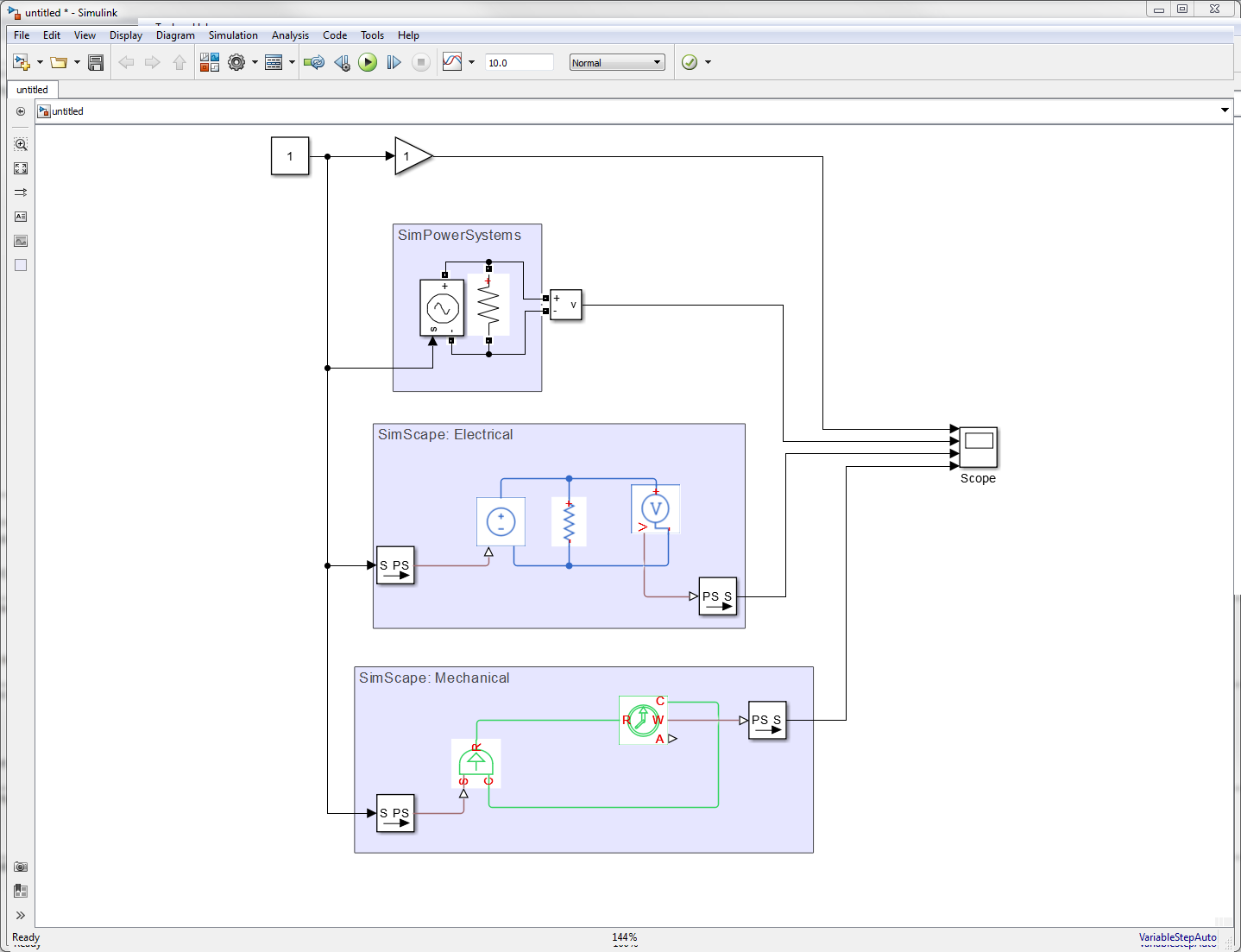 Not the answer you're looking for? Browse other questions tagged signal signal-processing matlab phase-shift or ask your own question.