Can I solder the components together? I just started to learn and I don't have a circuit board. 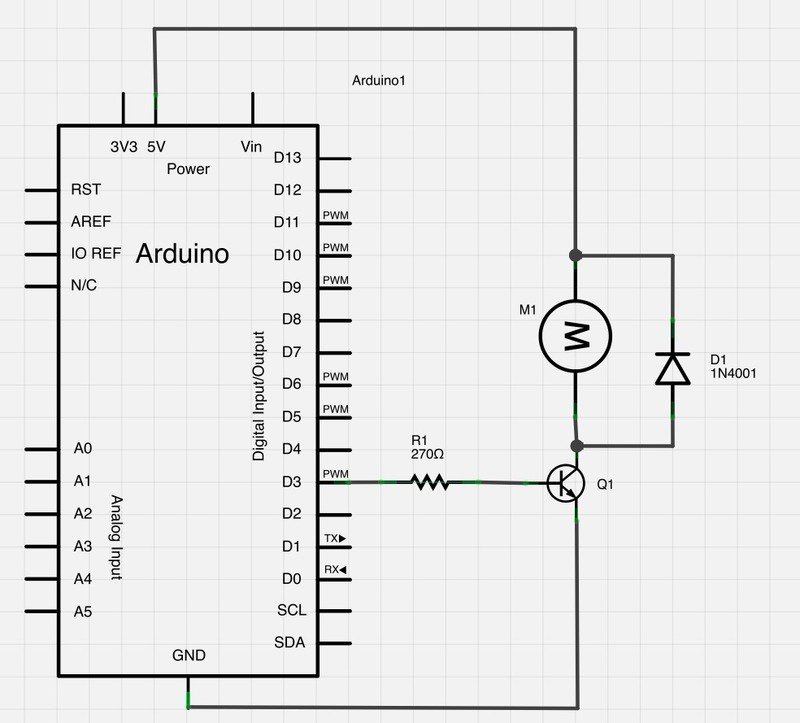 You can literally solder components together, i.e. one end of the resistor to the base of the transistor etc. without using a prototype board, as long as you are careful not to let any leads short together. Unlike most cases, where you would twist wires together for mechanical strength, when prototyping this way you generally want the solder to hold the leads together so it is easier to later unsolder and reuse the components again.

Instead of soldering, you can also just clip leads together using alligator-clip jumpers. Either would work for a circuit of the complexity in your question. Much more complicated, and you will want to get a solderless breadboard (however, see below!).

You can probably stick the other end of the resistor directly into the socket of the Arduino. You will need to get some hookup wire for the ground and +5V leads; 22-guage solid is probably the best size.

Before PCBs were common, consumer electronics were all hand-wired. Components with leads were soldered together using terminal strips, like the one at the top of the picture. 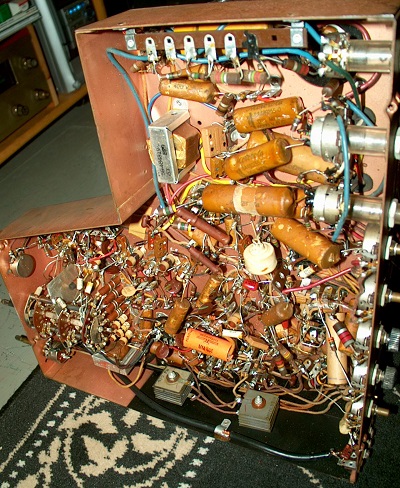 This is the chassis of a 1948 Motorola Golden View 7" television set.

No, a pcb is not necessary. Many people practice Deadbug style circuit soldering. It's just not all ways professional looking or easy to duplicate in mass production (i.e. automation. It's man hour intensive). It's mostly limited to hobbyists, one off projects or prototyping/testing designs prior to a finalized version.

An example with SMT components: 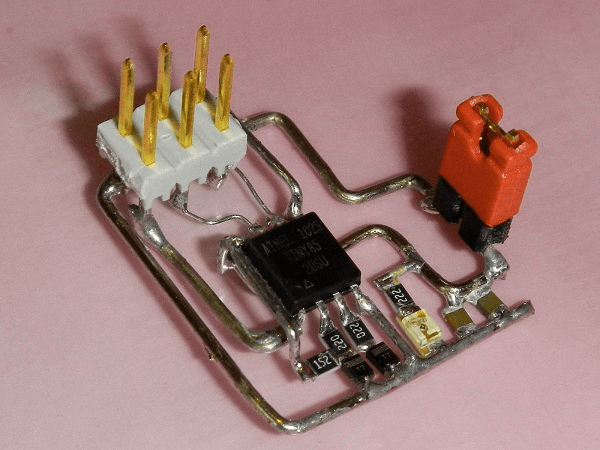 An example with Through Hole components, casted in resin, for aesthetics reasons: 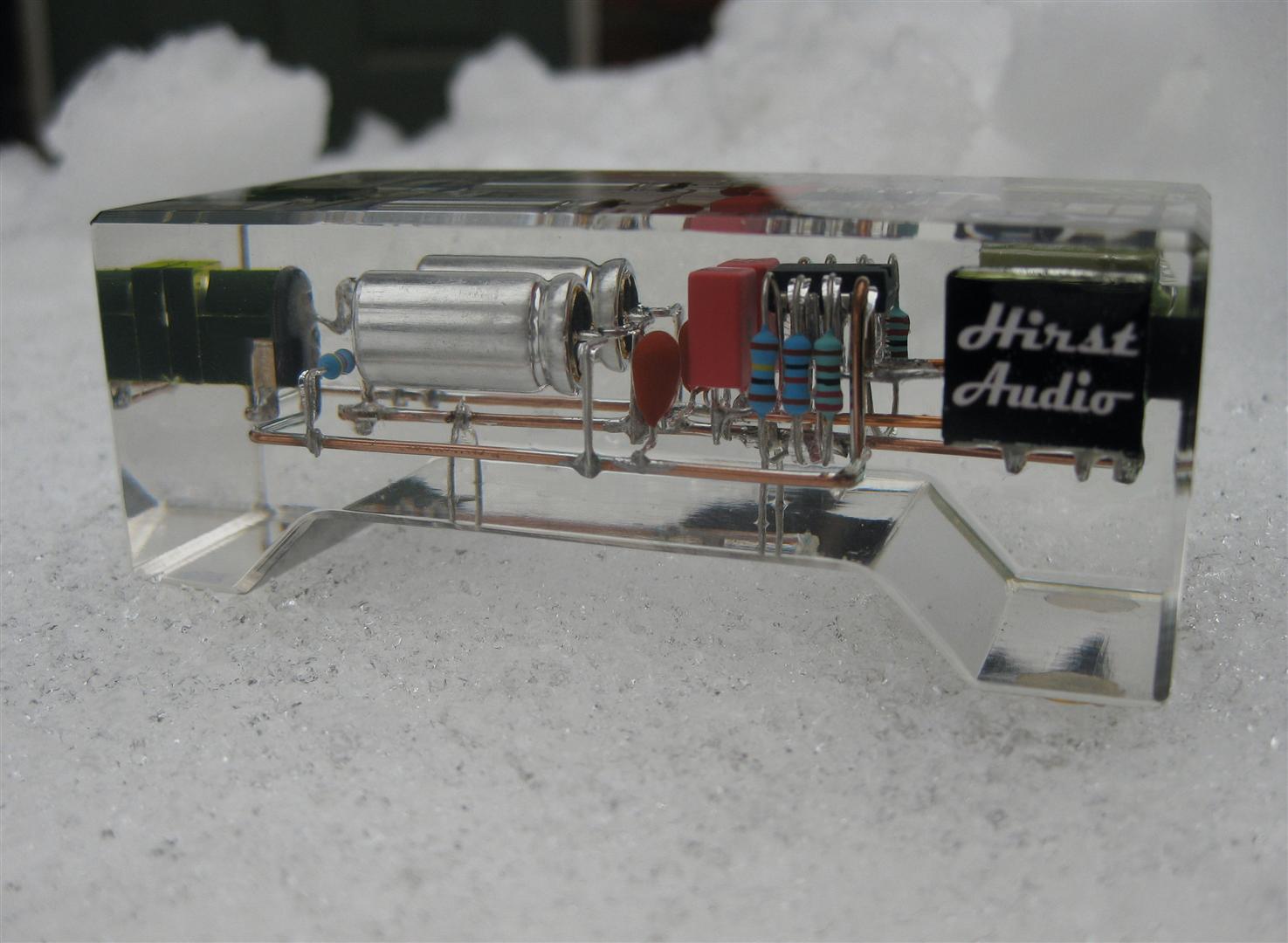 Can I [just] solder the components together?

Sure, the process is called dead-bugging (wikipedia.) I remember an article on hack-a-day, called volumetric circuits, where someone created some software to help design a circuit and create an assembly plan.

It should be noted that printed circuit boards (PCBs) have other advantages, and design concerns. ex:

As long as the circuit you are building/designing/whatever has wide enough design tolerances to be dead-bugged, it should work. Even a bare micro-controller like the ATMEGA could be dead-bugged into a working Arduino clone!

The actual practicality of dead-bugging is rather limited. A breadboard for prototyping, or proto-board for permanent/semi-permanent circuits would generally be more productive and useful than dead-bugging; dead-bugging can be useful in a pinch. The ability to repair/disassemble a circuit is, however, not to be underestimated; hence the saying "don't build something you can't take apart."

n.b. sometimes because of design constrains some components are 'stacked' even on a PCB, ex. surface mount resistor soldered on-top of surface mount capacitor to reduce parasitic capacitance where it would be a significant fraction (10%+) of the caps capacitance.

This answer is for your particular circuit. Other answers have covered the general question.

Yes, you can solder components directly together. The main concern in your circuit would be the motor, which probably takes a lot of current. I recommend giving the Arduino power and ground a separate connection to the 5V supply. This will reduce the noise on the Arduino's power supply when the motor turns on and off. 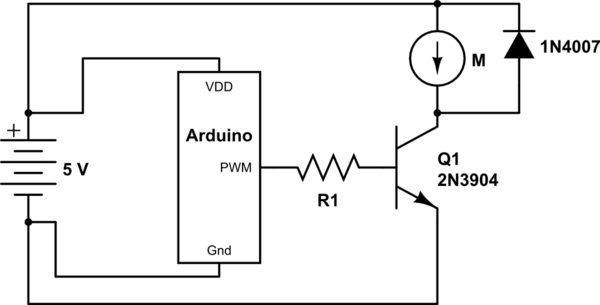 You could - but you shouldn't!

You're asking something similar to "can I carve wood sculpture using a chainsaw?" Of course the answer is that some people do, but it takes a lot of skill, and it's ridiculously easy for one careless move to destroy everything you've done instantly. Given that you're asking this question, there is no doubt that you're a complete beginner to electronics. As a complete beginner, your soldering and assembly skills will not be very good. I would not suggest my grandmother should try chainsaw sculpture, and I would not suggest you try doing this!

Not the answer you're looking for? Browse other questions tagged soldering board or ask your own question.

9
What are the best Electronics Soldering Techniques?
32
How do I connect components when using a circuit board with pads but no traces?
5
Improving ease-of-soldering in home-made boards
2
Solder 4 switches off postive pole + fuse
11
Holding components without bending leads when soldering upside down?
0
Manual soldering issues and advices
4
Wiring and soldering a prototype board
8
How are components with contacts under the ICs soldered onto boards?
0
How to solder a breakout board to a prototype board without edge castellation?
0
Solder paste and perfboard/prototype board/donut board destroying the circuit?