I'm building a class D amplifier with a dsPIC as PWM modulator.

The part of the schematic that I want to talk about is the interaction between the microcontroller output (pwm signal) and the gate of the MOSFET. I use TC4420 and TC4429 as gate drivers.

Here is the waveform between dsPIC and driver: 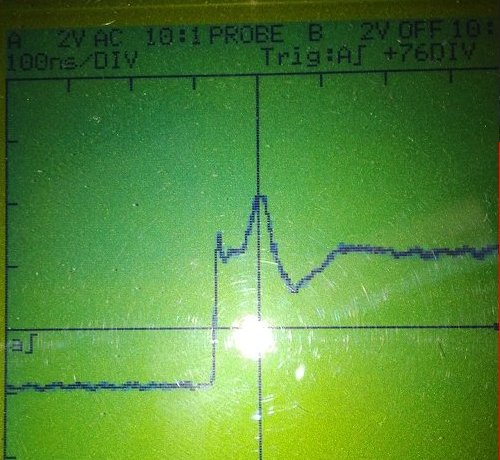 And this is the output of the gate driver: 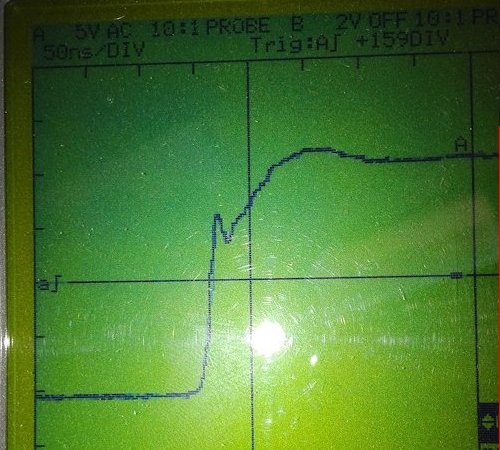