What capacitor type is best for low tolerance and thermal stability?

I am repairing an old tube-powered audio signal generator (HeathKit AG-9) and want to replace the old wax/paper capacitors that control the frequency of the oscillator circuit. The unit uses a bridged T filter to set the oscillation frequency: 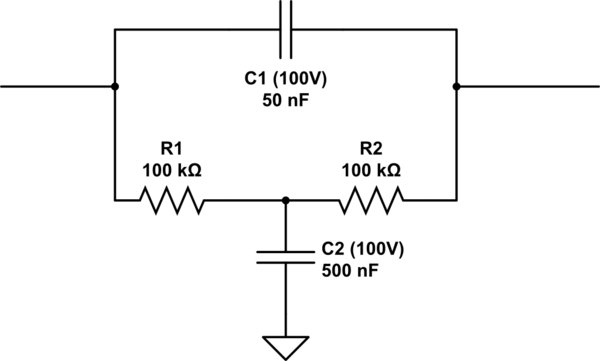 And here is a photo of the caps in question: 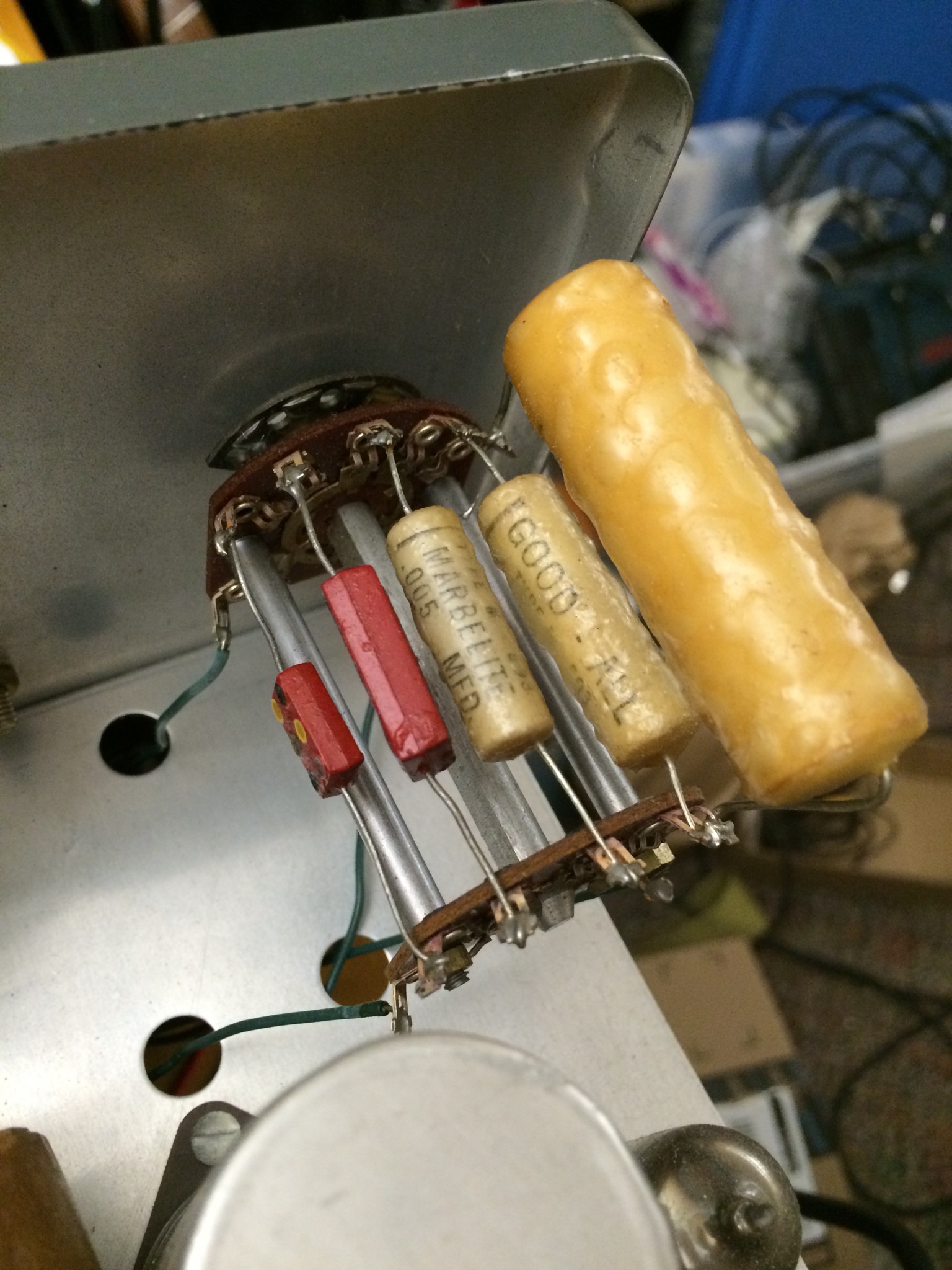 Looking at mouser, I see Polyester, Polypropylene, and PET caps in suitable capacities (47pF-500nF) and voltage ratings (100V). Which of those would be suitable for this application? I am concerned about temp stability primarily, but also need a relatively low tolerance part because the exact capacitance is critical to the functioning of the circuit.

The old Wax Paper capacitors For those who have never seen one, you can get an idea of their size by the size of the resistors. The large brown cylinders are the capacitors : 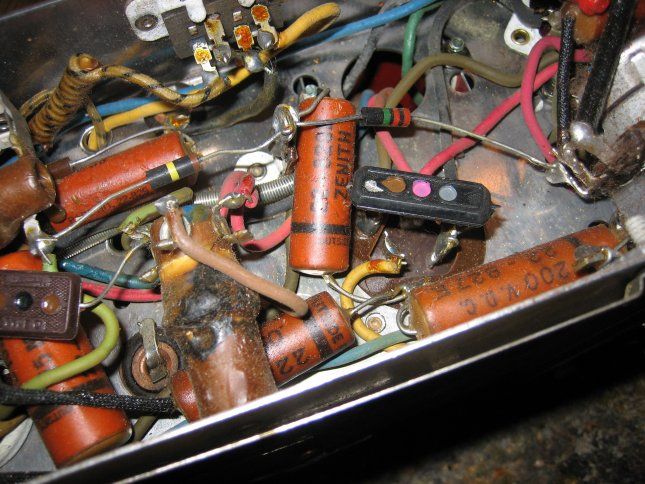 You can safely choose among any capacitor that has same voltage rating, capacity, tolerance, and temperature dependence, when it comes to replacing old Wax Paper capacitors.

(Unless you are a super audiophile) winky winky.

EDIT 1 : Robert Endl pointed out in a comment that perhaps the capacitor might be Mica. In the photograph mica capacitors can also be seen. They would be the blocks that appear with color dots on them (similar to resistor color code). If indeed the OP's capacitor turned out to be a mica capacitor, they are often now days called "silver mica" capacitors. If the capacitor is a mica, then there are silver mica capacitors available.

EDIT 2 : With new photo from OP : The two red capacitors on the left do appear to be Mica capacitors. Just to understand Mica capacitors, they are very high Q ( high quality) capacitors that have very low loss. Very temperature stable too.

Well in my opinion comparing the way circuits were made then and now, it is obvious which cap is failing in the photo by the bubbles in the wax. As was stated in comments, old wax paper caps were not close tolerance generally. That would partly explain why old circuits had so much background noise, buzz, among other reasons. Mostly just crude engineering. Mica are pretty good about being stable and long life. They either work or they don't. Not like paper/wax, leaking or shorting eventually as the leakage worsens. However, in my past experiences Mica caps can become brittle and fail if disturbed. It was a matter of material composition in the cases. Also electrolytics have a limited life expectancy no matter what. They dry out inside, this can be seen in some circuits as dripping or scale on the end of the case. Most electrolytics have marks on the tops of the cases that will explode or expand indicating failure is close. Be careful with those old resistors too because they are the same as the mica caps, they are brittle and will simply break in 2. Bakelite cases with carbon film inside. Those old caps can be hard to read sometimes. Any ceramic, mylar, metal film piece would usually work, with tolerances around 20% for standard ratings. Old parts would be hard pressed to have that close tolerance. If you have one of those little GM328 testers, they are pretty nice and give good readings, will tell you the state of the cap., and an ESR. I can remember working around some old circuits like this and cussing the insulation of everything in them.

Those mineral wax impregnated paper capacitors are poor tolerance (typically +/-10% or worse), poor temperature coefficient and poor loss tangent. Any modern film capacitor or NP0 ceramic cap should be as good or better in all regards. PPS (Polyphenylene Sulfide) is better than polyester for film caps. Don't bother with styrene caps. The main consequence of poor temperature coefficient would be annoying drift during warm-up.

I would leave the mica caps. They have no wear-out mechanism, as far as I know, and are very stable. The paper caps were typically rated for 1 year at 45°C at full rated voltage and 20 years at 53% rated voltage, so they're likely past their best-before dates.

Of course the coefficient relative to the resistors is what determines the frequency drift. The old carbon composition resistors tended to have a pretty awful negative temperature coefficient that increased (yes, as a percentage) with resistor value. So a 1.5M\$\Omega\$ resistor might be 2 or 3x worse than a resistor of 5-20K.

Not the answer you're looking for? Browse other questions tagged capacitor component-selection or ask your own question.