If I understand correctly modern microphones integrated with headphones with 4-contact 3.5mm jacks for use with cell phones are condenser microphones, and usually contain a small, integrated amplifier - consisting of at least one FET and a few passives for bias isolation.

These are very low current, but require a small DC bias available from the microphone input to operate, and usually a resistor divider there requires and draws at least a small current.

Question: Is there a standard, or generally and widely accepted minimum current that a designer can expect any modern phone to make available at the 3.5mm 4-contact plug - or voltage plus maximum internal series resistance (within the phone)? I'm guessing it's going to be somewhere in the ballpark of 1 to 100 micro-amperes and between 1 and 2 volts, but I don't actually know this for sure.

Here is just a random example, the TPA6166A2 3.5-mm Jack Detect and Headset Interface IC was the first I found in a search, and it seems to be rated to supply a maximum of 1.2 mA when it detects a need for it and the internal bias resister is set to bypass. However it is no evidence by itself of a minimum standard. 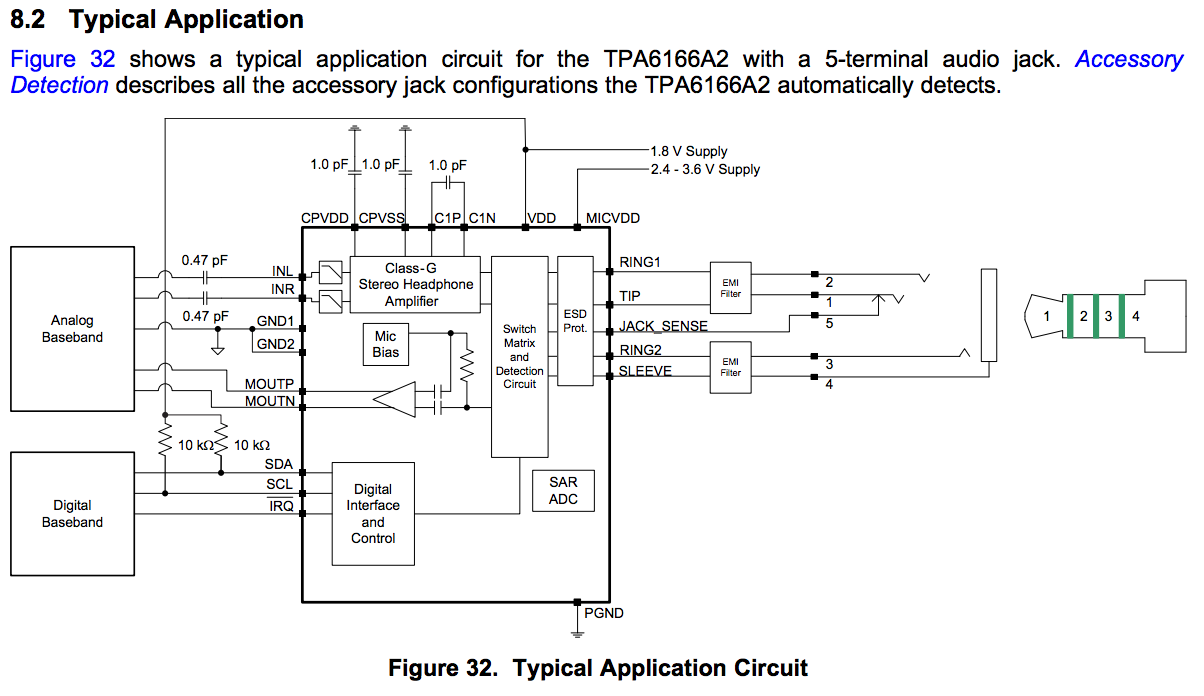 There are plenty of examples, and other questions within this stackexchange, but so far I haven't found the actual published, or industry accepted minimum current, or minimum voltage plus maximum internal(phone) series resistance.

Hypothetical use example: This is not what I'm doing but it's a good working example for the question. "pico-LEDs" - small surface mount LEDs attain useable brightness at only a few milliamperes. A power harvesting-like circuit could collect enough charge from say 50 microamperes over one minute to "blink" the LED for 100 milliseconds. 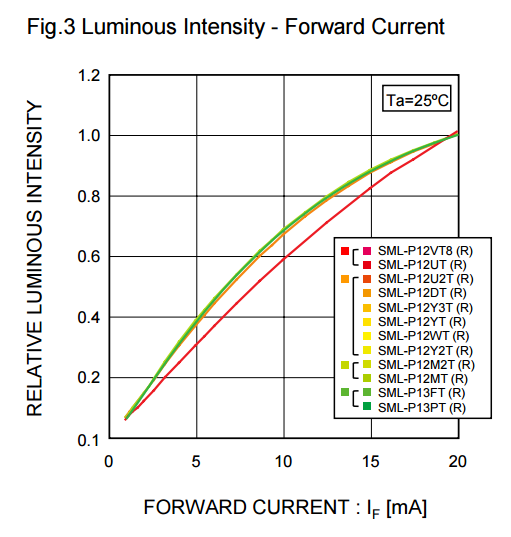 above: screenshot from an example picoLED-eco surface mount LED.

Comments on personal experience are welcome, but for an answer I need a link to a real, relatively reliable specification from which design something with the reasonable expectation that it should work with any modern cellphone with the 3.5mm 4-contact plug and draw a small but useful amount of power from it (microwatts).

It's not a universally applicable standard, but Android publishes specifications for headset plug and jack.

While it is not stated outright, from assuming that the two devices are compatible, we can thus conclude that if presented with a load of 1 kΩ, the jack must apply at least 1.8 V across it, resulting in a current of at least

Note that to follow this specification you must design your device's power supply so that it presents an input impedance of at least 1 kΩ. In particular, if it is less than 100 Ω then it may be considered a short and detected as a 3-pole headphone plug with no mic.

(Not enough reputation to comment on @Kevin Reid's answer so I have to do so in another answer.) The Android docs are a useful source of info regarding this question. I interpret them differently though: I think the 1.8 V minimum bias voltage in the spec is an open-circuit value. It's hard to be certain of course, because no output impedance for this voltage is stated.

However, the text also talks of a "2.2V mic bias applied through 2.2 kOhm resistor" which one might infer to be the reference method of providing the bias supply, and would allow for no more than 1 mA to flow (into a dead short). Given that mics which need bias tend to draw tiny currents, this would make sense.

I doubt mobile phone companies use an outside standard if they can use an improved mic. They would have internal standards which are proprietary.

Then they have to choose compatible external devices.

To look at the most sensitive devices, consider new MEMs microphones

This might be your worst case for the near future.

Not the answer you're looking for? Browse other questions tagged cellphone specifications condenser-microphone or ask your own question.

1
Extremely low output from amplifier
1
Microphone sensor for picking up voice from across the room
0
diode selection for large current reverse bias, small current forward bias
0
How to remove noise from microphone input?
0
How to determine transistor specification range for voltage and current (in relation to design requirements)
2
How do I solder a ~20-pin USBc connector near heat-sensitive components?
0
Project with smart phone like camera
18
Electrical reason for the minimum altitude (-50 feet) in the computer specs?