I've seen multiple posts regarding this certain topic, but, using all of those posts confirmed answer, the results never showed to be significant, long lasting, or even remotely yielding results in the first place.

I have a medium duty Wellers soldering iron, and I use the iron primarily for chip boards. Now before you tell me that I should learn how to solder before doing chip boards, I'd rather learn something like electronics production while learning how to solder. With that all set aside, below is the entire soldering kit. Yes I do use aluminum, but aluminum works just fine when it comes to small scale chips. 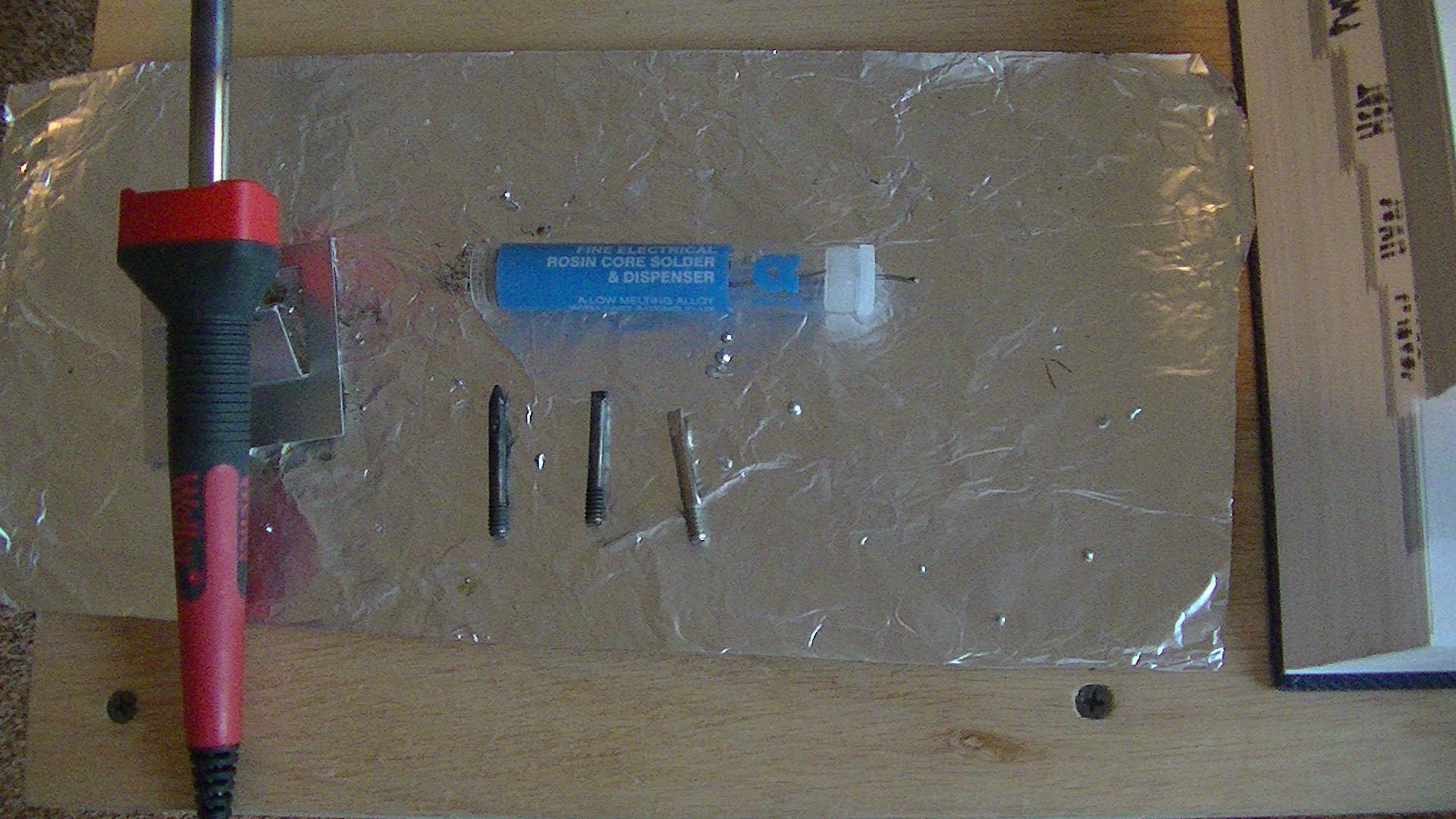 As you can see, the tip that I use for soldering things such as capacitators, switches, and resistors, on a really small scale. The soldering I use here (if it's important, that is) is a "Fine Eletrical Rosin Core Solder".

Now, the real culprit is the soldering tips. The only reason I'm confused on how to fix them is because I want to say that the black stuff you can see on the cone tip, is carbon build up. I also heard that the metal used on soldering irons tips are prone to oxidation. Now what was confusing is that I've only had this iron for a week. While my dad has NEVER tinned his soldering iron, and after almost a decade it still works as if it were brand new.

At first I thought I should simply just take a sanding block and just sand off the odd deformation my iron has created, but that didn't work. So now I tried tinning the iron, but the soldering flux wouldn't stick. So I melted a pool of soldering flux, thinking that would make it stick, and submerged my soldering tip into the molten flux pool, but to no avail. Finally I tried wiping it off several times, reapplying flux to it, and it still ended up like it is now. What's worse, is now when I apply the soldering core to the tip of the iron, it doesn't even melt it. 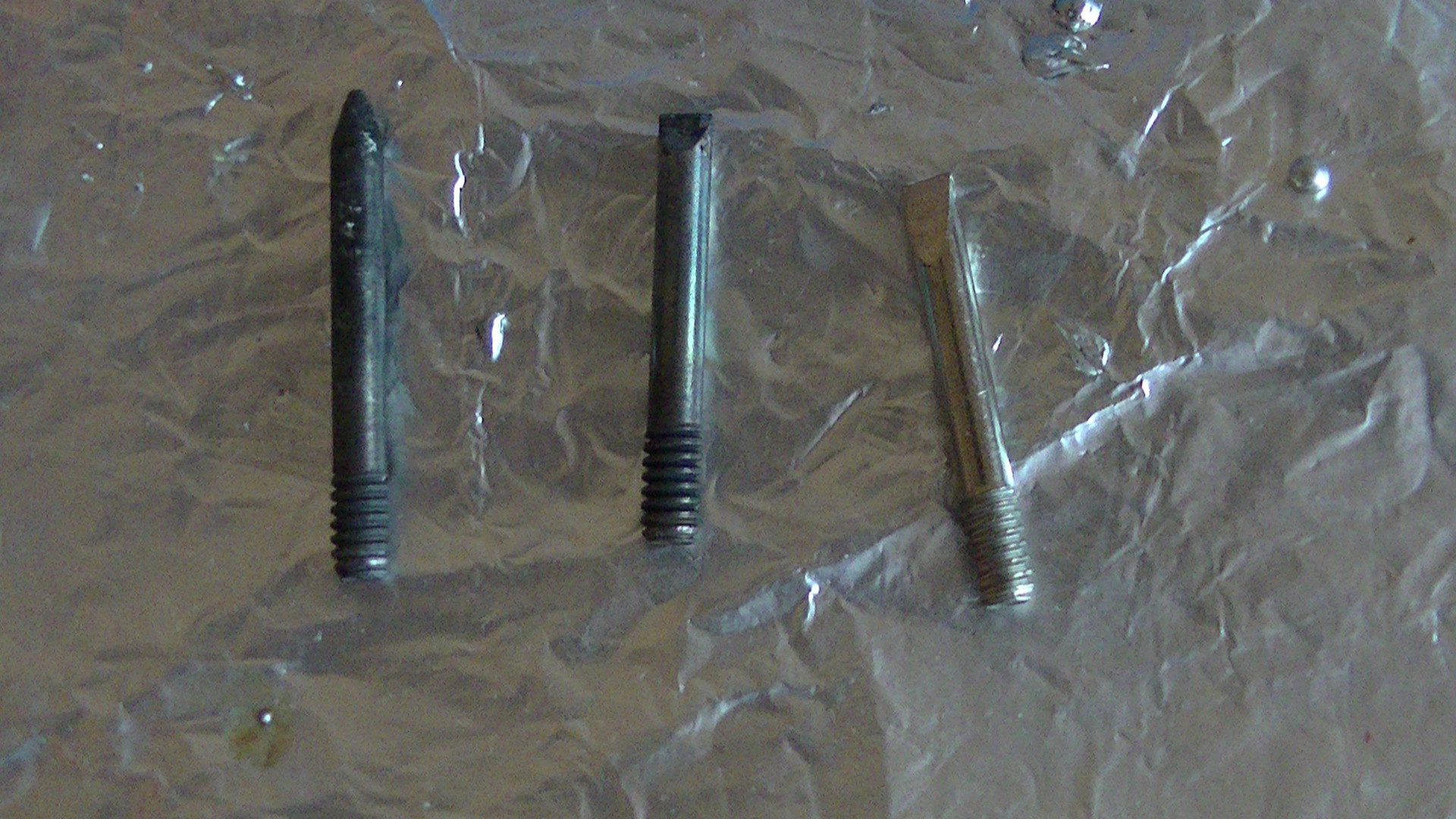 I can return it, but it holds sentimental value to me, particularly because it was the first thing I used to solder with, which in my opinion, is worth holding onto, so I'd rather try and save the cores, and learn something from this, than return it and learn absolutely nothing from it.

Soldering iron tips at their core are copper, but are plated in nickel and tinned.

If you sand/scrape the tip then you remove this plating and the internal copper becomes exposed and oxidises over time. Since the plating is already removed, you could keep constantly sanding back the oxidised layer, but you will be forever doing so and, like constantly sharpening a pencil, will eventually be left with nothing.
I recommend that you get a new tip for now and keep up good maintenance on it. The top answer in this question here has some really good maintenance tips.

If you are attached to your old soldering iron tip and have some spare time/feel like experimenting, you could always try to sand your old tip back to the copper layer and electroplate it yourself. I've found a video on youtube that shows how to do it yourself, normally I would say there's no point to taking so much time/cost/effort to plate it yourself but if you want to preserve it as a keepsake you could always try it.

Not the answer you're looking for? Browse other questions tagged soldering or ask your own question.

24
How to clean my soldering iron tip or how to determine that it's beyond repair?
39
Solder does not stick to tip of soldering iron?