Solving the time constant in this specific circuit

I'm having some problems with this circuit from a tutorial website: 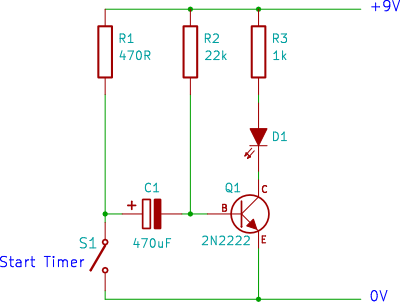 When you close the switch the left end of the capacitor becomes 0V, so the right jumps to -8.3V (exceeding the absolute maximum rating of -6V on Q1, by the way).

Ideally the transistor does not instantly die from this abuse and the capacitor begins to charge towards 0V - Vbe = -0.6V (putting reverse bias on the polarized capacitor, also frowned upon in some circles).

The time constant is \$\tau = R_2 C_1\$. Time Constant has a specific meaning- it is not the same as the time for the transistor to switch because the threshold is not at 63% discharge but more like 50%. The discharge follows an exponential curve. (as pointed out in the comments, the vertical axis is not really right, but the shape is correct).

You can easily simulate this in circuitlab to verify the design- the top curve shows the LED current, and the bottom curve the voltage at the base of Q1. 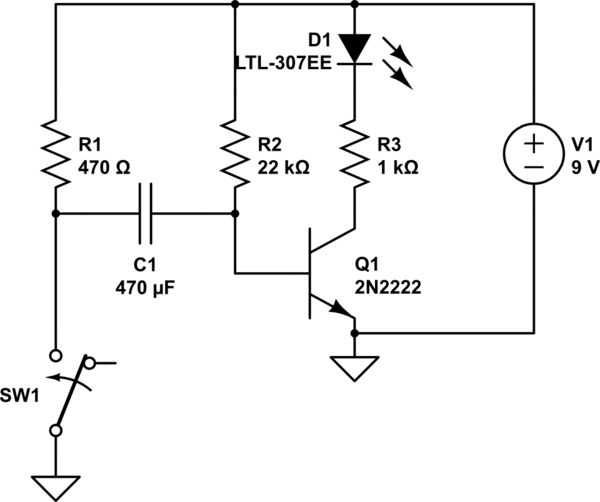 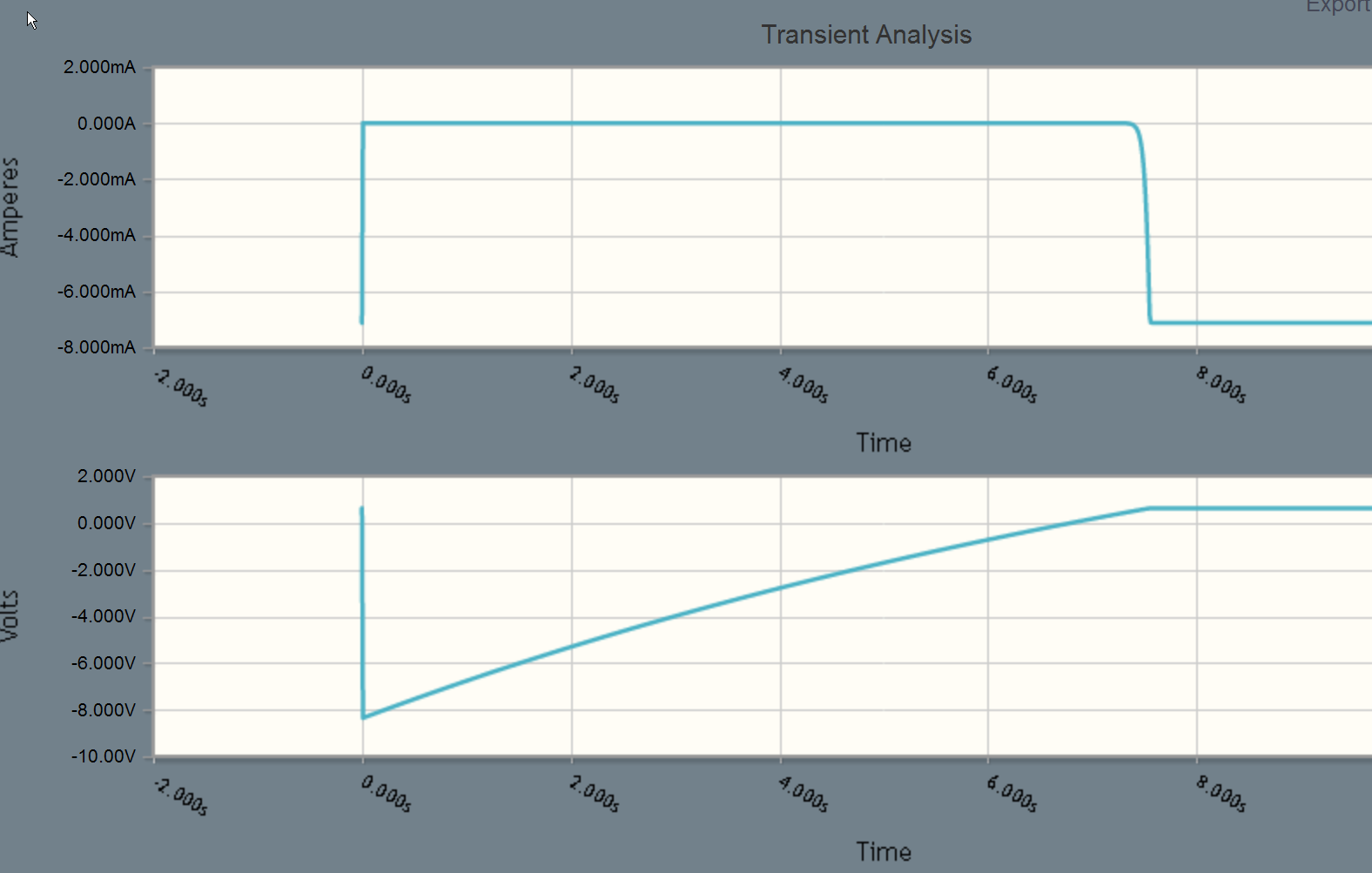 Not the answer you're looking for? Browse other questions tagged voltage transistors capacitor resistors remote-control or ask your own question.

15
Transistor Delay
6
Astable multivibrator using transistors
3
Why does this simple circuit oscillate? (Ekasi oscillator)
1
2-time constant (On + decay) timer circuit
0
Can anybody explain how the inverter circuit works?
17
Why isn't the current split between the transistor and the LED in this NOT transistor circuit?
1
RC time delay circuit to trigger relay