For my robotics project I am powering the arduino with a 12v 250mA source. I am using a DC motor l298 breakout board by iTead that allows a power supply of 5v to around 46v for DC motors. I am also using a geared DC motor that has operating voltage between 3v and 7.5v. 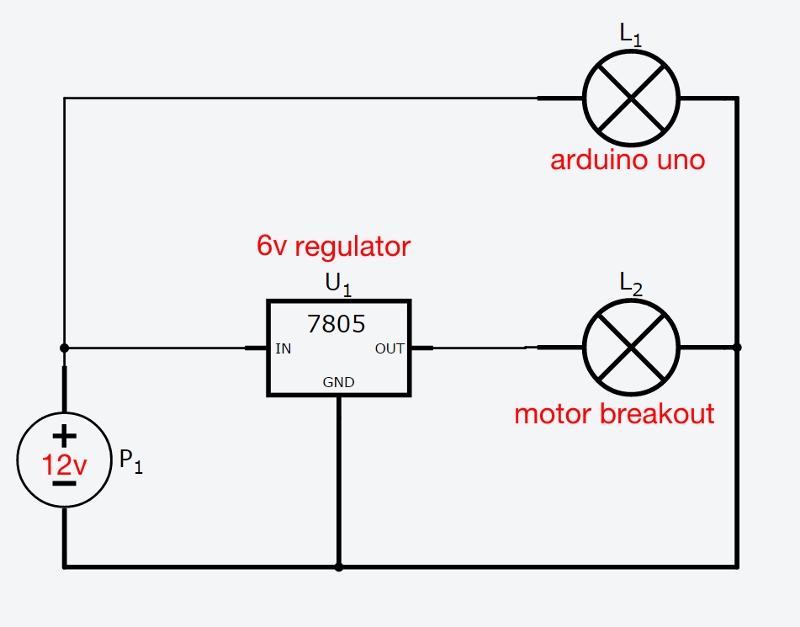 I drew this up (imagine the bulbs are the arduino and breakout, couldnt get them on circuits.io) Can I use a 6v regulator for breakout without any issues? And also I see people use capacitors alongside regulators to reduce spikes or something but I did not know what to implement so could someone explain that as well? cheers.

Update: This Is what the circuit is of on circuits.io Also there is no 6v regulator in it so i used a 5v 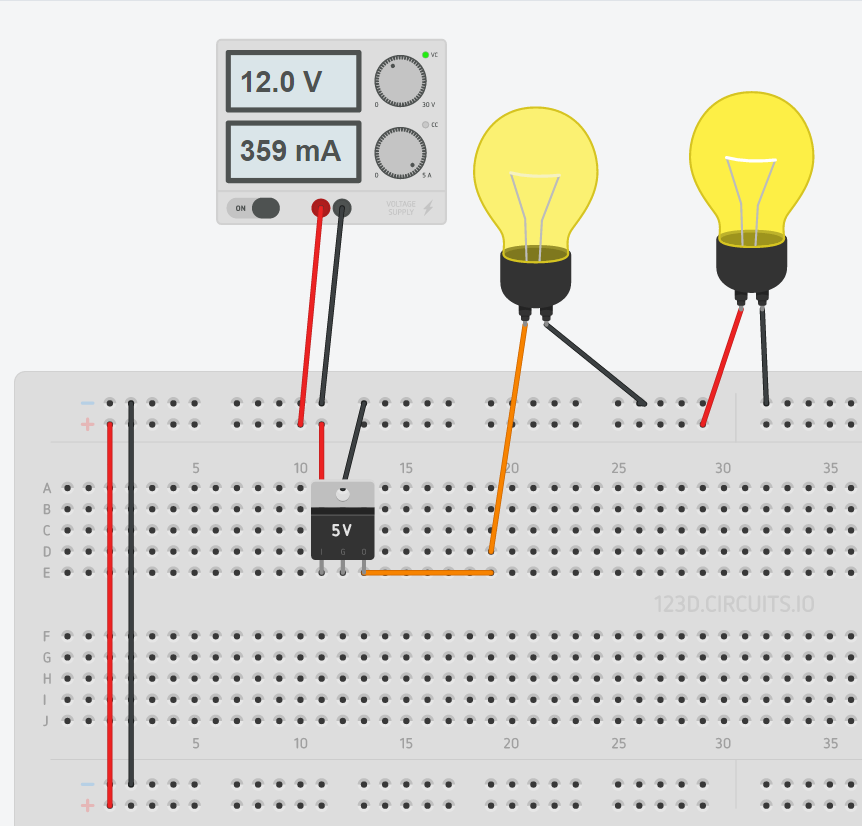 Can I use a 6v regulator for breakout without any issues?

Well, with motors, I would reccomend against it. The motors (Especially if under load) will draw loads of current, and that will have to pass through the regulator, which will cause it to get very hot, as the effeciency of linear regulators is quite low. I would only really reccomend regulators in projects that aren't current intensive.

And also I see people use capacitors alongside regulators to reduce spikes or something but I did not know what to implement so could someone explain that as well?

There are two types of capacitorrs that you may be referring to. Brown-out Capacitors will protect your circuits from brown out from using too much power, typically store enough energy for 1-10ms of operation. Pi capacitors are used to filter out induction spikes, and I would not be surprised to see them on the breakout board already.

powering the arduino with a 12v 250mA source

Would reccomend against this. The arduino itself uses 45mA of current, which isn't a problem. What will be though, is the motors, which have to run on 205mA total. I would reccomend a 20A or higher suppply to properly power a decent motor, and an extra 5A for each motor thereafter.

I see a ground loop as L1 and L2 are daisy chained as opposed to a "star" configuration. Any DC current spikes in the DC- to L2 can have unwanted effects in L1 (and vice versa).

Not the answer you're looking for? Browse other questions tagged arduino power-supply voltage voltage-regulator breakout or ask your own question.