BJT how to explain in terms of conventional current flow? 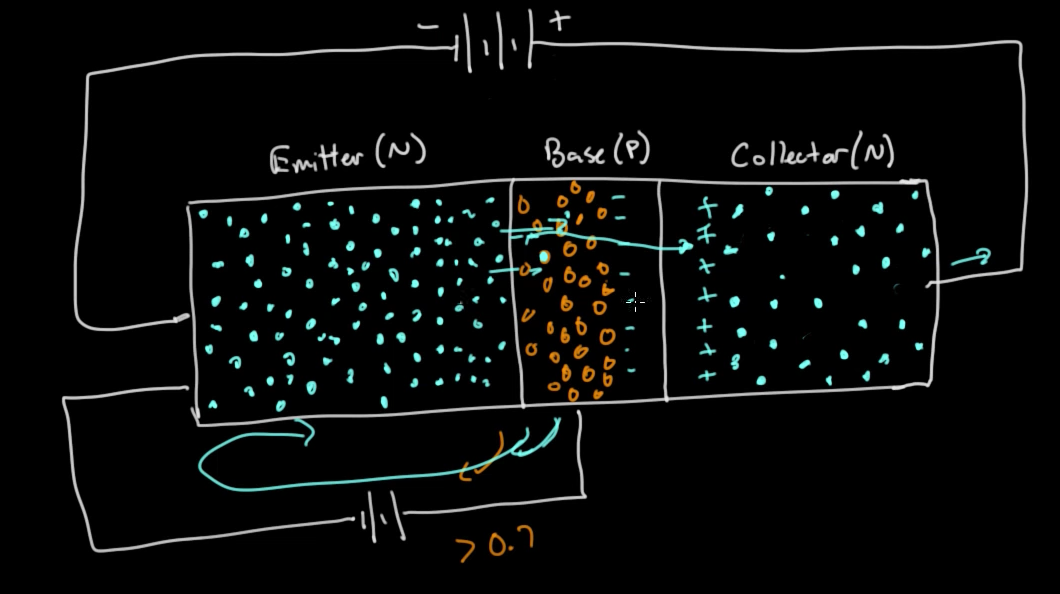 How do i explain this in terms of conventional current flow?

Conventional current flow is nothing more than a mathematical convention for assigning voltage polarities across components in a circuit. Period. It is completely unrelated to the concepts of analyzing majority and minority charge carriers ("hole flow" and "electon flow") in materials.

In your figure, blacken out the interior of the BJT so you do not know what's inside it or its theory of operation at the atomic lattice level. Now reverse the directions of all the current arrows, keep the voltage values and polarities the same, and bingo: you have the conventional current flow analysis of the circuit.

Conventional Current cannot be used to explain the inner workings transistors. Why? Because one main purpose of Conventional Current is to conceal the actual charge-flows. Transistors are based on just those charge-flows: p and n and majority and minority and diffusion and field-driven. Conventional Current erases them, and replaces them all with a sum: the amperes. To calculate conventional current, we look at one point in a conductor and add up all the various flows into a single value, including both the electrons and holes (and the proton flows if it's acid, and the various ions if it's plasma or wet dirt or human tissues.) Conventional current has some more common names: electric current. Also "amperes."

In other words, electron flow is the Conventional Current. The electron motion is a part of the sum that gives us the total amperes inside the silicon.

Or put it this way: Conventional Current is what your clamp-on ammeter measures. The ammeter doesn't care if both holes and electrons are together creating the amps. It just sums them all together.

Some beginners' textbooks get this stuff wrong. If you're unlucky, and you're doing this for a class which uses one of these books, then you probably should figure out which "answers" the teacher wants. If you give the actual correct information, you'll be marked wrong.

Heh, I first encountered such stuff in fourth grade. The teacher said that nickel wasn't magnetic. The textbook said that only iron and steel were magnetic. The teacher takes out a (American) nickel and proves that a magnet won't attract it. So, if I don't want to be marked wrong, I have to lie, and say that nickel metal isn't magnetic. (This was 1960s, no internet, no good refs in the tiny school library.) Don't even get me started.