2 LEDs in series with resistor at 3.3V won't light up, one LED works

I am making a simple circuit with 2 LEDs but it doesn't work - the LEDs do not turn on when I supply 3.3V power to the circuit. (I've tried connecting one LED and it worked.) The resistor is 330 Ohm.

Any thoughts or ideas, please? 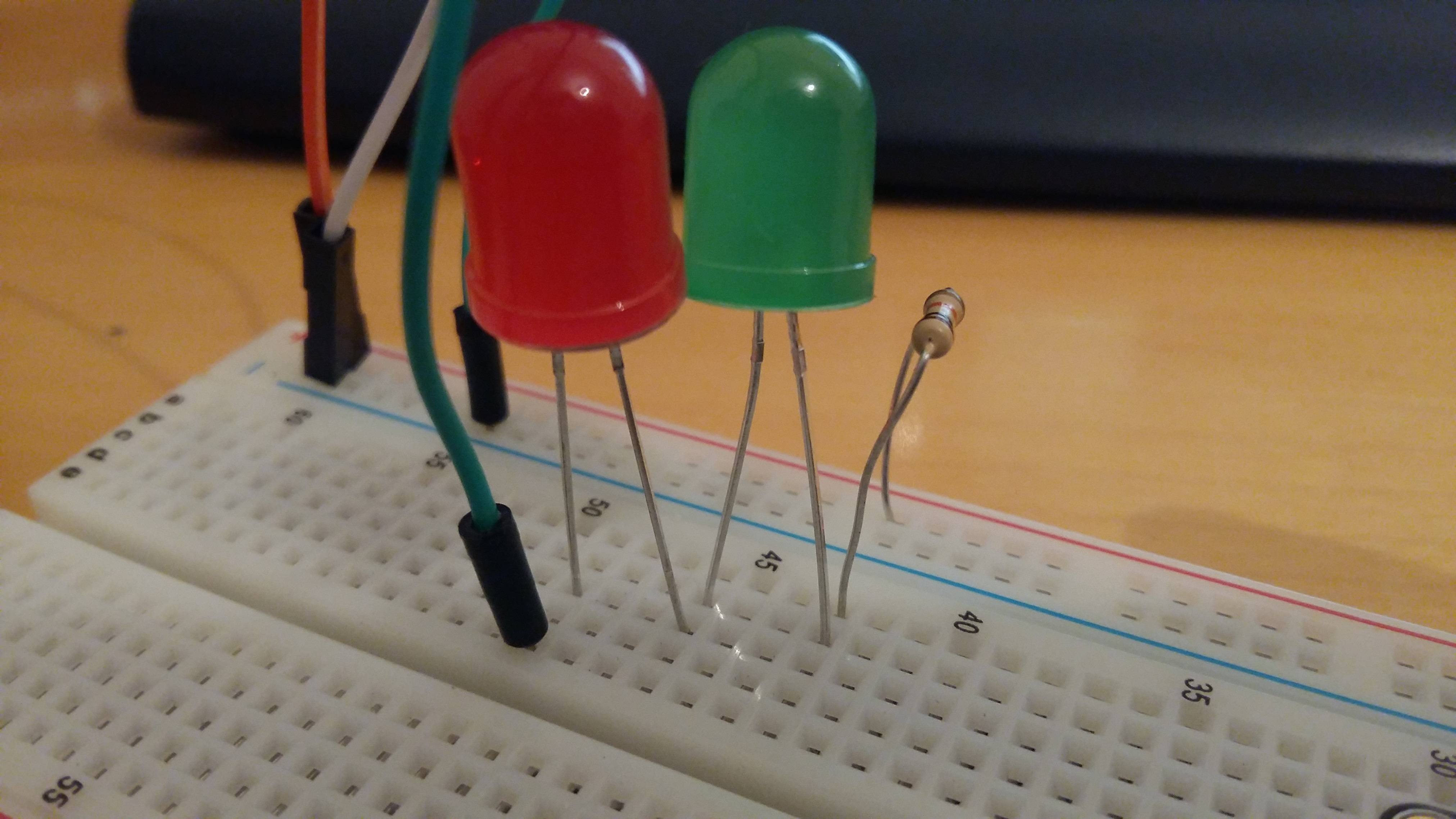 Chances are fair that at least one of your diodes is in backwards.

LEDs are directional, but figuring out the direction might not always be simple. There is an ANODE, which needs a more positive voltage than the other side, the CATHODE, to turn the LED on.

If you look at the LED "bulb" part, there is often a flat side on the base somewhere. That is the cathode. The Anode needs to go to the more positive voltage, and often has a longer lead on it than the Cathode.

Another possibility is that your resistor is too big. Assuming about a 2V drop for each diode (this will vary largely by color), there will be 1V across the resistor, assuming you're driving things with 5V. If it is 330\$\Omega\$, that leave you about 3mA, which is not enough to light an LED. Try about 100 \$\Omega\$.

We also don't know how you're powering things.

You should get in the habit of drawing real circuit diagrams using the symbol as shown, so people know what you're talking about.

1
Why did the LED burn?
0
LED lights behave strangely, why?
4
Blue light LED works without any resistor and doesn't burn out. Why?
0
Resistor for 20 LEDs in series
2
Help with fixing LED night light that won't turn off
1
LED lights wired in series will not light
1
PIR sensor 3.3V output driving a mosfet loaded with 24V power LED
1
Powering 3.3v-5V LED strip with 18650 batteries
0
Resistor causing problems when in series with LED
0
Powering LED light with power bank