Ive been trying really hard to get the SPI bus working on a DSPIC33EP128GM604. Ive configured SPI3 as a standard 8 bit master module and have designated a chip select pin so I can toggle slave devices.

I cannot get the chip select line to work properly, it seems as if the DSPIC does not wait for transmission to complete before toggling the chip select line from LOW to HIGH. Ive checked the Erratas and nothing seems relevant to this problem. Furthermore ive tried to swap the CS line to some other pin. Ive also tried SPI module 1, but problem persists.

But here is the output: 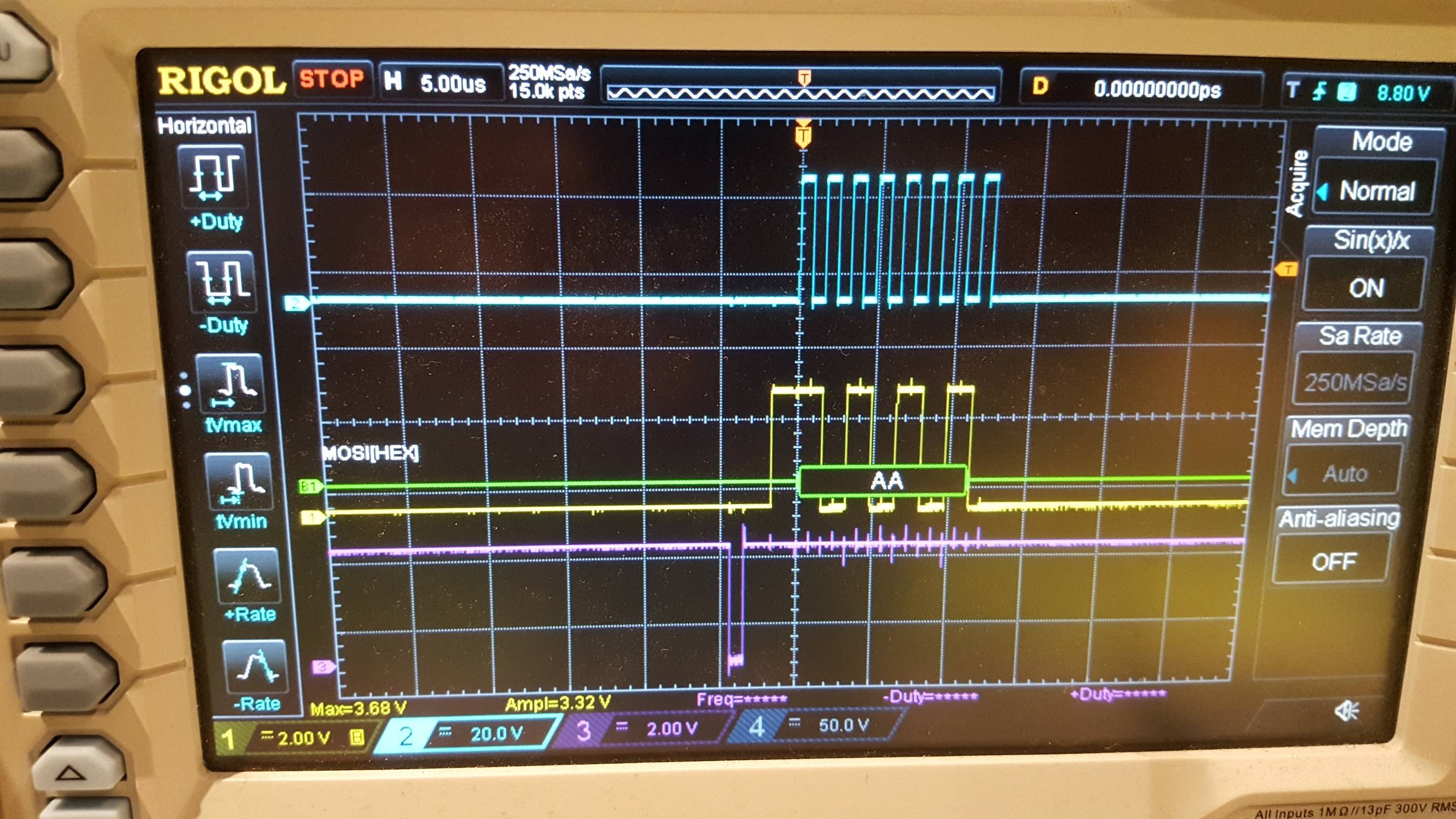 From the datasheet and example codes, the Receive Buffer Flag is sufficient to tell us when the TX event is complete and thus the CS can toggle. It is a bit strange why there isnt a flag for this chip that tells us when the SPI shift register has transmitted all its data. All the example code only check the Receive buffer flag.

After a lot of head scratching, trial and error and finally the microchip forums, i can confirm that this code works:

Along with this code, if your peripheral depends on Peripheral Pin Select (SPI2,SPI3 etc), it is important to define not only a SPI Clock Out but also a SPI Clock In even if you are in master mode

However, what is rather baffling to me is that this code (that i think should do the same thing) does not work: