Why is Vbc absent from bjt equations?

In BJT biasing the voltages Vbe and Vce are always present in calculations. Is the voltage Vbc absent from any equation because one of the collector, base and emitter is grounded or any other reason concerning the theory of semiconductors? 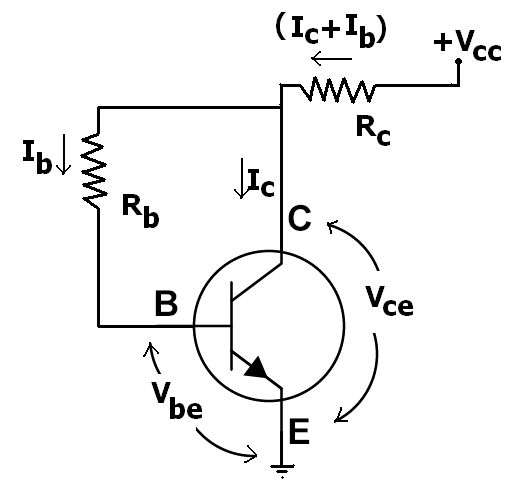 You are incorrect in your titled assertion. But I can guess where it comes from.

Most people use the simplest concepts they need to get the job done. They are concerned about the forward voltage, \$V_{BE}\$, which is somewhat impacted by the collector current and very much impacted by temperature... so that's important... and \$V_{CE}\$ is immediately related to whether or not the BJT is saturated or not and this impacts very basic questions about available \$\beta\$, likely dissipation and temperature of operation, which are also pretty important. Besides, if you know \$V_{BE}\$ and \$V_{CE}\$ then you know \$V_{BC}\$. You might care about that, too. For example, the Early effect... But it's of secondary importance.

But you are wrong, anyway. The first model of the transistor to learn about is the Ebers-Moll model. It's level 1 model includes three distinct ways of looking at the BJT: transport, injection, and hybrid-pi. They are equivalent views, but they have different areas where they are easier to apply.

Let's look at the injection model first (addressing itself to diode currents): 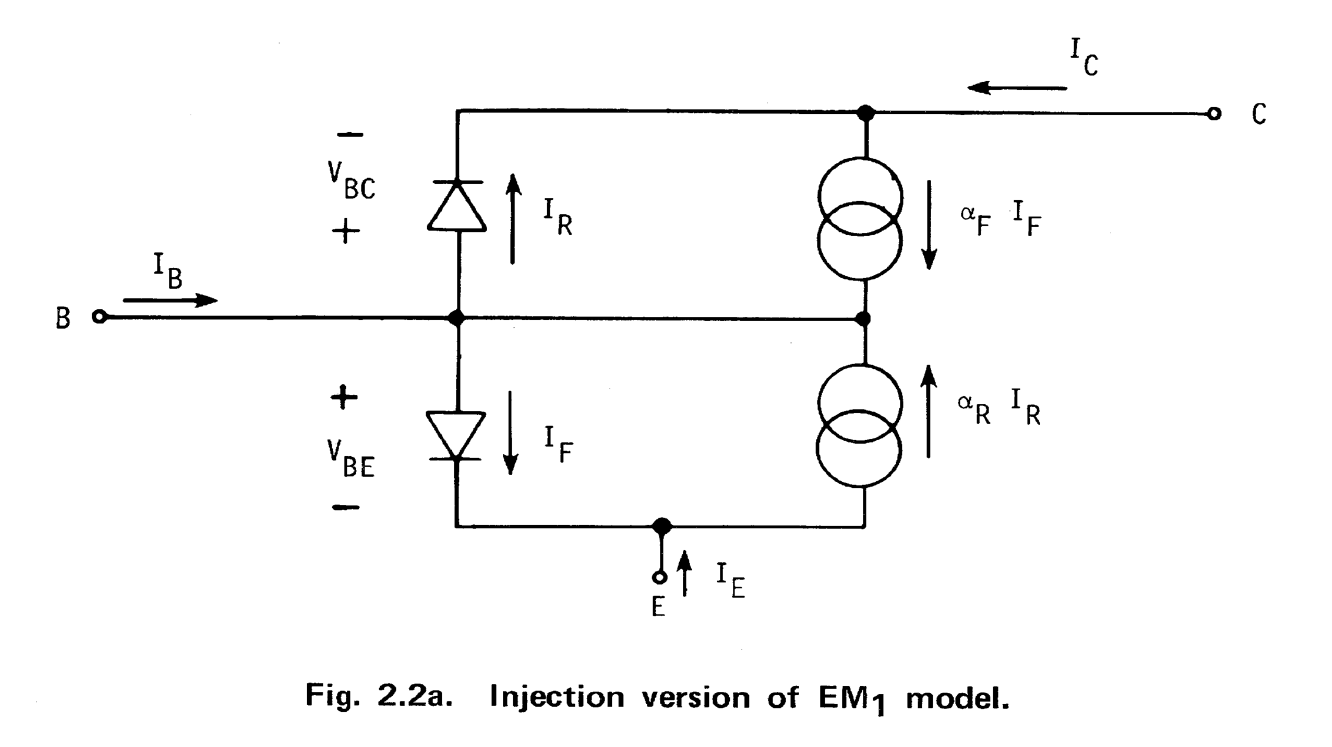 Now, the transport version (addressing itself to collected currents): 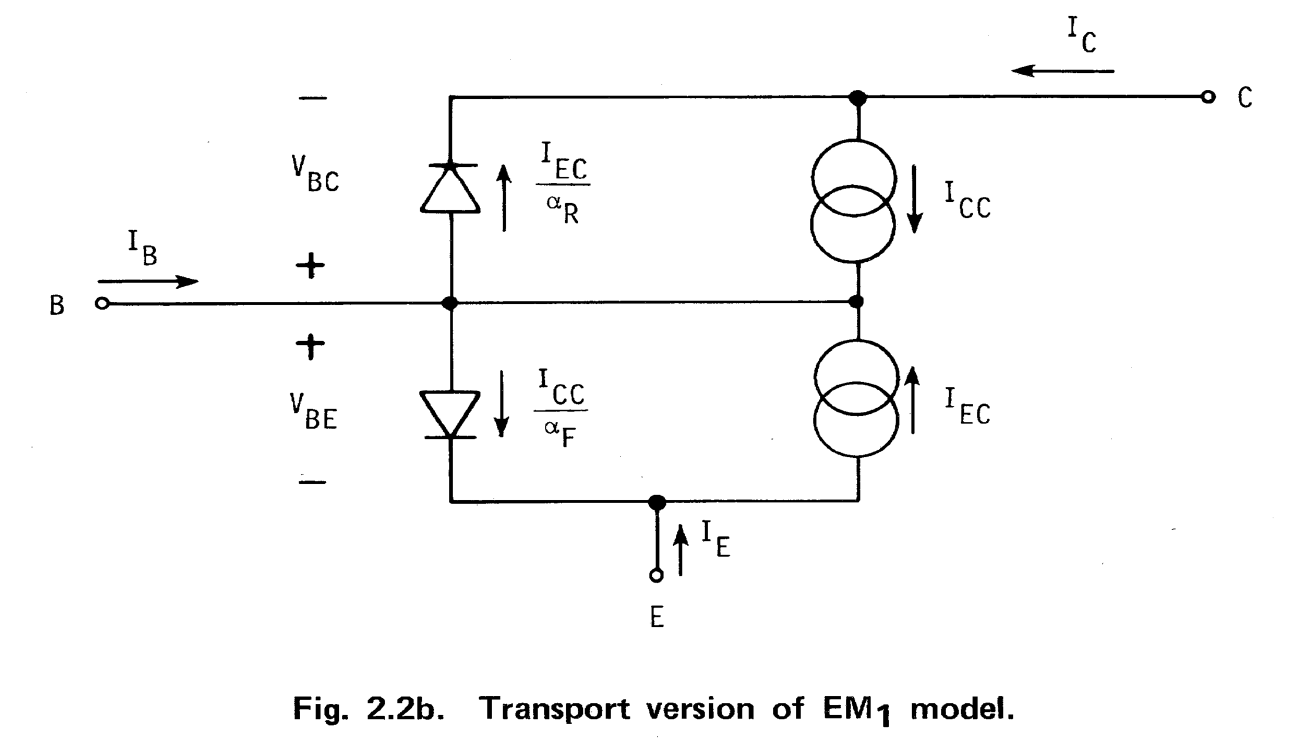 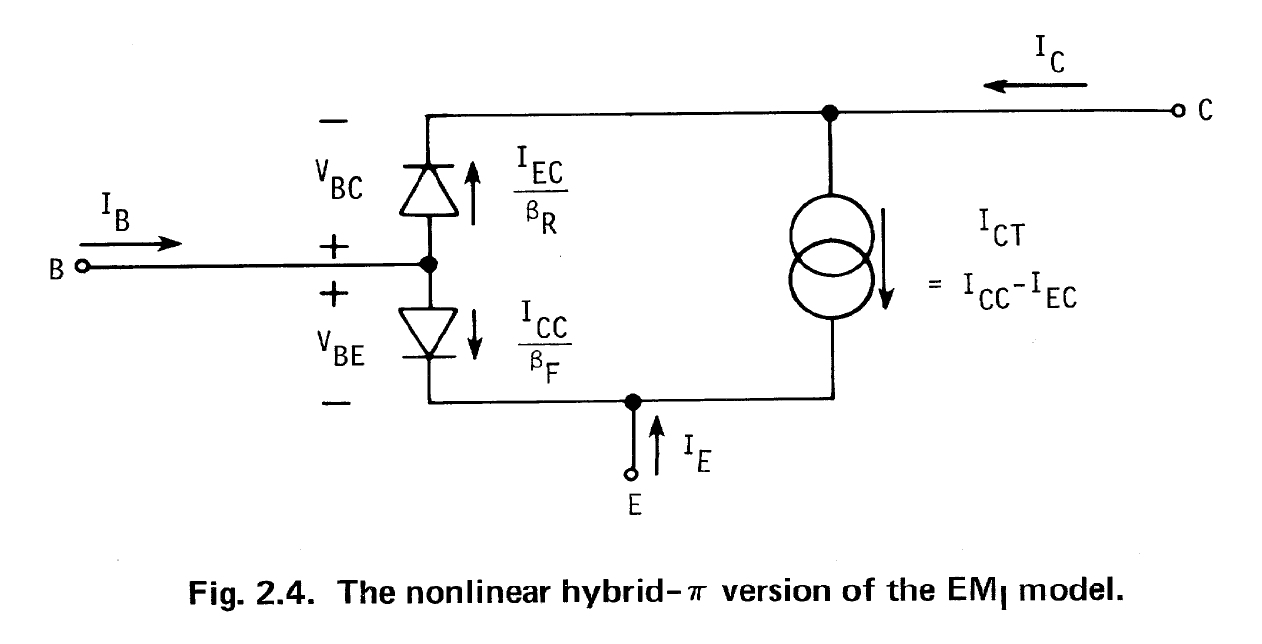 As you can easily see now, \$V_{BC}\$ figures quite prominently in the most basic and first level BJT modeling. And it doesn't stop there. It's present in EM1 (DC perspective), EM2 (more accurate DC with 3 new constant valued resistors in each lead, 1st order modeling of charge storage for freq. and time), EM3 (basewidth modulation - Early effect, variation of forward current gain with collector current, other DC and AC improvements, etc), Gummel-Poon (basewidth mod and \$\beta\$ vs I, AC and variations with ambient temps, etc), modified versions of those, and even into the latest models. You just haven't been exposed to even the first level of BJT modeling, yet. That's all. That's because for many (if not most) needs, you can simplify the basic BJT EM1 model still further and ignore quite a bit and still get by, okay.

Full disclosure: The three images shown above were taken directly from Ian Getreau's "Modeling The Bipolar Transistor," which was originally written circa 1974 by Ian, then an employee at Tektronix (which at the time had an "STS" [semiconductor test systems] division.) I received my first copy of the book in 1979, when I started as an employee at Tektronix. Ian has since secured the rights from Tektronix (in 2009) and has republished it through Lulu. So it's still available today. [I have never met Ian nor do I receive anything from him for sales of the book or for any other reason. But I did help him get it republished because the book is unique and needed to become available, again.] Half of his book is dedicated to various techniques one can use to extract, through experiment, various BJT parameter values for the models he documents (which include up through Gummel-Poon.) It holds a unique and special place in the literature.

10
Why is a BJT considered "current-controlled"?
6
Can this transistor (2N2222) take 6 V on emitter-base? Am I reading the datasheet incorrectly?
2
Why isn't the NPN diode model two diodes connected in series?
3
Terminology for BJT “regions of operation”
5
How to derive the precise gain of an NPN common emitter amplifier without emitter degeneration?
5
Differential and Multistage Amplifiers(BJT)
5
What are the limits of the Ebers-Moll model for large currents?
3
What's the correct sequence to start thinking about a BJT circuit
2
Input stage of a current mirror circuit
2
Dependence of transistor current gain on operating conditions
See more linked questions

3
BJT Base Collector short circuit
2
Bipolar transistor as a switch
0
BJT Forward Active
6
How is Early effect of a BJT minimized during its construction?
2
Two-port model of a BJT
0
BJT Transistors: understanding Vbe measured (model "DCIL TIP 112 N2")
1
On the huge error between LTSPICE and Ebers-Moll when vCE=0 for a BJT
0
BJT NPN transistor