This may sound like a strange question, but its bothered me for a while:

I assume electric stoves (the ones with the coils that get red hot) work just by having a resistor that gets hot. If it's getting hot, then it must be using a lot of power so it would be pretty low resistance, but the heating element would still be higher resistance than the wires so the heating element is what gets hot. But to change the heat if the stove there must be a variable resistor, why does the variable resistor not get really hot when you lower the heat?

Am I really off about how all this works? 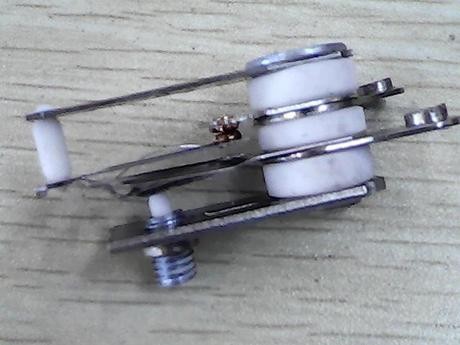 There are three parts to the control.

This type of control is on-off control with adjustable duty-cycle (the percentage of time the power is on). It works well for a cooker as the thermal mass of the hob, pots and pans is generally high enough that a 10 s blast of heat won't cause too rapid a fluctuation in temperature.

Note that this type of control has no idea of what's actually on the hob or even if the hob is connected! It does not control the pot temperature - only the power fed to the hob - and really it's only an adjustable duty-cycle timer. So, for a given setting a small pot will get much hotter than a wide frying pan that can radiate the heat. Power setting is determined by the cook using his/her experience.

You are right that a variable resistor would get very hot. At half-power it would be dissipating as much power as the hob itself. The on-off control is much more efficient and uses hardly any power.

Note that this pulse technique can be used at very high frequency to dim lights or speed control a motor. In such applications we refer to it as pulse-width modulation. The frequency of the pulses is chosen, for example, so that in the case of lighting there is no visible flicker or, in the case of a motor, that it doesn't cause vibration. 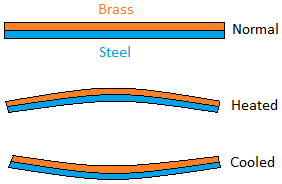 Figure 3. A bimetallic strip consists of two dissimilar metals of different coefficient of expansion bonded together. As temperature rises the strip will turn convex on the side with the metal of higher expansion rate. 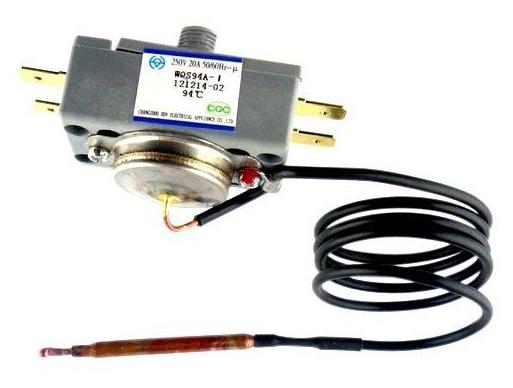 Figure 4. The oven thermostat has a fluid-filled remote bulb and capillary tube. Expansion of the fluid in the bulb drives fluid up to the thermostat where a bellows actuates the contact. Rotating the knob adjusts the distance of the contact from the actuator and thus the temperature at which it opens.

Figure 5. By using elements with power ratios of approximately 1:2:4 a multi-pole switch can be used to create a binary pattern to generate seven power settings (and off).

Adding to the excellent answer by Transistor: there are also heaters made of a selection of resistors of different power that are switched-in using a rotary switch. In this case the knob position cannot vary continuously, but it can be switched only in discrete steps. Of course this is a much simpler concept and setup than the continuous control system using an adjustable thermostat implemented as Transistor already described.

It probably uses a bi-metallic element. The knob is making an adjustment of that.

Essentially there is 2 different metallic elements that expand and contract differently from each other with changing temperature so in this case when heated they either make or break at a certain temperature.

Might be a rheostat as well or a triac but seems to be the older way of doing things.

Edit: There are also other ways.

Most electric stoves that I've used use a set of heating elements for three of the four heating plates.

The principle is most easily explained by a set of two resistors at 1Ω each. Put them in series, you get 2Ω. Use only one, you get 1Ω. Put them in parallel, you get 0.5Ω.

In practice, more heating elements are used per plate - usually enough to give you at least 6 different settings.

A common configuration for electric stoves is three constant power plates like described above, and one thermostat-regulated plate.

-1
How to know if the load is variable one?

1
How to calculate heat in wire?
0
Custom Heating Element with power controlled by Arduino
0
Can I connect a heating element to a solar panel to heat a hot tub
1
Heat Conduction from ceramic resistor to iron rod
1
Controlling heat gun's element: where to put SSR without disturbing motor