Added the circuit to protect the Output of Microcontroller 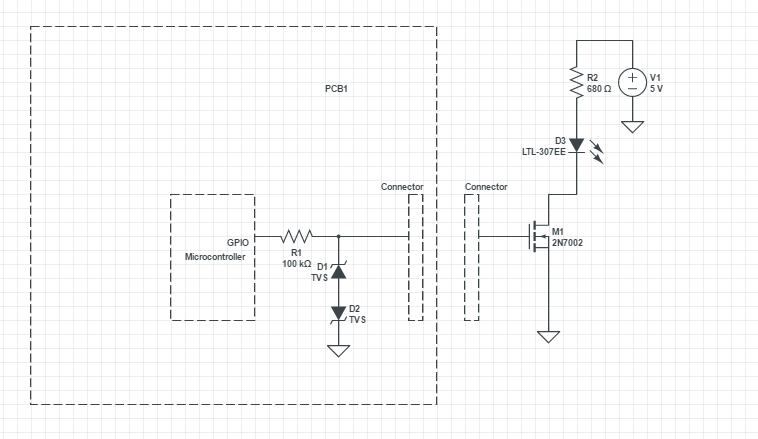 Digital input pins will normally have something stated in the data sheet about the maximum current that can be fed into an input. Normally, the input current is nano amps but when an input voltage rises above the positive rail this current can sky-rocket. Ditto when an input falls below the negative rail.

The DS might say that the maximum current is 1 mA - this gives you something to work with because, an input pin can have a resistor placed in series with it. For example, if an input pin rose by 0.3 volts above the 3V3 rail then there is a danger of too much current however, if there was a 1 kohm resistor in series, you could raise that input voltage to 4.3 volts at the risk of only 1 mA flowing.

So, by adding a series resistor you are giving yourself an easier job of input protection. If 5 mA is allowed, a 1 kohm resistor will give you 5V extra protection beyond the 3V3 +0.3 volts you specify in the question.

Protection offered by a 7 V device is now clearly feasible.

Not the answer you're looking for? Browse other questions tagged microcontroller gpio esd tvs or ask your own question.

1
ESD diode selection based on VCC of the IC