Should I use slow fuse or fast fuse?

When I design something or going to add a fuse to place where fuse isn't used now, should I prefer slow or fast fuse? I understand that this depends on situation, but I'd like to hear what do you prefer if there are no special circumstances.

To be more specific, I am going to use a 20x5mm 250 Volt glass fuse. I know how much current the circuit takes, so it is not problem to choose a fuse with the right current I need. But should I take slow, or fast?

If I understand it correctly, the slow fuse is more tolerant to shocks during power-on of the device. For example today I think of a fluorescent lamp ballast in my kitchen which is a weird chinese unfused circuit and fuse addition seems to a be good idea. Since there can be a higher current moment during start of fluorescent lamps, a slow fuse possibly allows me to use a lower Amp one.

On the other hand, if I use a fast fuse, I can safely use a higher Amp one and still it will react sooner in the case of short circuit. A higher Amp fuse also has much smaller resistance. So for example I personally would prefer 1 or 2 Amp fast fuse instead of .150 Amp slow fuse for that kitchen lamp. Is this a good idea, do you agree with me?

(The kitchen lamp is a real example, but it's just an example. I'd prefer to know if you prefer slow or fast fuses. I mean classic replaceable 20x5mm glass fuses / 250 Volt.)

You have done a fairly good job of summarising both the reasons and the dilemmas involved.

Fast blow are used where possible, where the fuse can be sized such that typical faults will always cause it to blow but nuisance blowing is rare. Suh situations have little or no startup surges or large occasional current excursions.

Slow blow are used where large short term transients are known to occur and if sizing of the fuse to accommodate the transients will result in inadequate protectionm against typical faults.

Where neither fast or slow blow fuses offer adequate protection (transients are very high but faults may be relatively low compared to maximum usual) then a cicuit breaker can be used, whose characteristics can be mapped accurately to a desired time/current profile.

Fast blow is the "more ideal" where possible.

Slow blow is a compromise that allows protection while accommodating expected transient behaviour.

The ideal may be both a fast and slow blow fuse in series (very unusual and possibly also illegal for regulatory reasons) or a circuit breaker with a well defined current versus time "envelope".

Regulatory requirements often make it clear which sort of fuse must be used.

In some situations fault conditions can develop which can result in fault currents vastly in excess of the normal operating current and so high that massive destruction to property or loss of life may occur. An excellent example is a multimeter intended or measuring AC mains voltages of 230 VAC or higher. A meter measuring nominal 230 VAC mains voltages may easily be exposed to over 330 VDC peak, and transients on the waveform may cause much higher voltages to occur. A domestic range/stove/oven may be supplied with two phases with phase to phase voltages of 400 VAC or approaching 600 VDC peak to peak.

In either case above, if these voltages break down circuitry in the meter, an arc may occur followed rapidly by carbonisation of components, PCB, nearby case etc and a relatively low resistance across mains short may occur. The mains may then be supplying a high energy load vastly in excess of what is expected or designed - at least kilowatts with ease and tens of kilowatts in some cases. The onset of arc formation and generation of heat can be so rapid as to cause an explosion of th equipment with debris being ejected violently and with electric shock hazard also increasing.

Standing in the gap to this happening is "the fuse".

Edit: Actually, the fuses in multimeters are used to protect the current measuring circuitry. The voltage measurement stuff is protected by MOVS and PTCs.

If the fuse is able to blow and stay functionally blown when such a fault occurs the meter etc 'just stops working". if the fuse holder arcs and the PCB carbonises or the fuse otherwise fails to interrupt current, then the above scenario can occur. And does.

An answer is the use of an HRC fuse which is designed to "rupture" in suh a way that a damaging arc does not form and the circuit is cleanly broken. 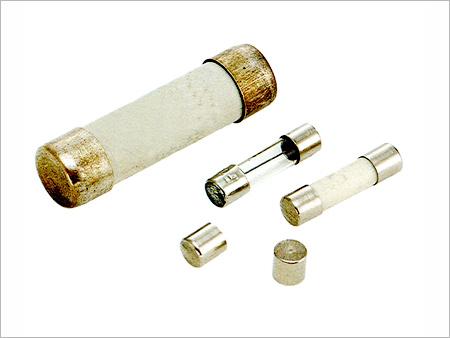 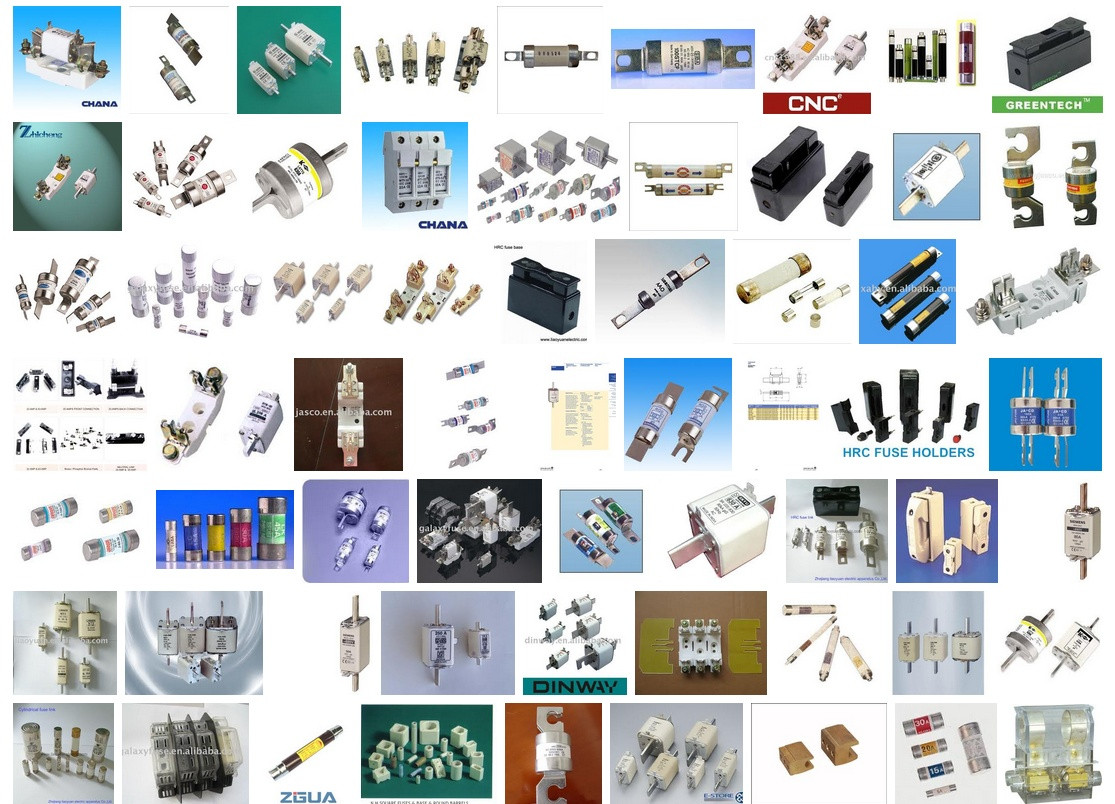 I have only ever had one meter fail under high voltage high energy conditions.
That was on a 1000 VDC range with a 1200 ior so VDC transmitting power supply being measured.
Very impressive.
A good lesson.
Long long ago.

Cheap multimeters often have their high end ACV ranges marked "not for mains use" or similar. That's why.
If you use them on mains you usually won't die.
But if you do, you won't be able to say that you weren't warned.
Remember that before you can't !!!

Slow fuses are preferred for things with coils, motors, relays, solenoids, etc. This is because those types of devices have large current inrush, but once the device is operational then the current normalizes. While you CAN safely get away with a fast fuse in those situations, you will likely be blowing them all the time. On the other side, for home devices that do not have the large inrush, you will want to have fast acting fuses for safety reasons.

I've only seen slow fuses used in a DC setting so perhaps you should take what I say as just observations rather than fact... if you use a slow fuse and you have a short with your kitchen light I would expect the breaker in your house to activate before the slow fuse blows. If you look at the data sheets for the two types of fuses you are wanting to use they will plot the time/current to failure for you.

Not the answer you're looking for? Browse other questions tagged fuses fluorescent-lamp or ask your own question.

8
Why are fast blow fuses more tolerant to small over currents than slow blow fuses?

8
When should you use a fuse?
31
Slow Blow vs Fast Acting Fuse
10
Serial capacitors in electronic ballast of a fluorescent lamp
3
Improvized small aquarium lighting
1
Is there a standard stating how fast a fast fuse is, how slow a slow fuse is?
0
Slow-acting trage fuse unexpectedly blowing
2
fast or slow fuse in transformer
1
Help identifying fuse 3.6 x 10mm 125 V, 2.5A cylindrical maybe ceramic?
1
Fuses & current ratings - are there fuses that blow "fast" close to their nominal rating?
0
Can I use a 315 mA slow blow fuse instead of a 375 mA slow blow?