Why are G and H used for feedback block diagrams?

The symbols \$G\$ and \$H\$ are typically used for the forward gain and feedback fraction in negative feedback block diagrams like this: 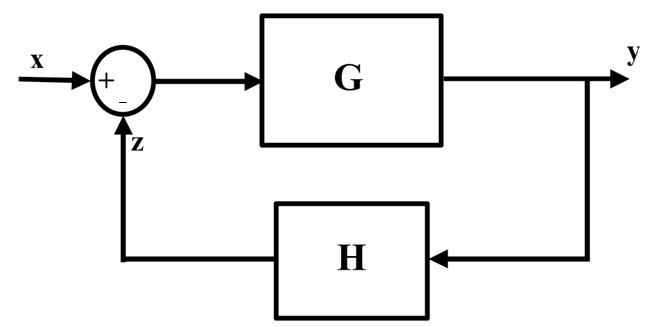 The choice of \$G\$ is, I suppose, an obvious one, meant to be mnemonic for gain.

But \$H\$ I don't get. Is it just because it's the next letter in the alphabet and maybe \$F\$ was already taken? Or is there perhaps a historical reason that might lead one to see it as a less arbitrary choice?

Note: I understand these symbols are not universally used in these roles. I kind of grew up on \$A_o\$ and \$\beta\$ myself, but as I understand it, \$G\$ and \$H\$ are more common in the control systems world and do have some advantages over other choices. Certainly conforming to a convention has its own benefits, whatever that convention is.

"H" isn't Abbreviation something special . this just a symbol for feedback . like "beta". but i think this method of Nomination should be something like declare a variable like u declare "X" and other variable is "y" and this is "G" for gain and next alphabet of that is "H".

Not the answer you're looking for? Browse other questions tagged control control-system feedback or ask your own question.

2
Block Diagrams with offset in control theory
0
Equivalent block diagrams, how to infer?
0
Feedback Control: Unexpected result for block diagram simplifications using matlab
26
What is noise gain, really? And how is it determined in the general case?
0
Why has this configuration chosen for feedback?
1
Using of matrices in simulink block diagrams
7
Block diagrams can be different and still works for the same system?
0
Feedback Block Diagram Reduction
0
What motors or other actuators are commonly used for force feedback?