I have few questions about a general extruded heatsink. As example, we can use this from Farnell.

Let's say it is long 20cm with a given shape, sold to have a Thermal resistance of 10°C/W.

Q2: (theoretical question) if I cut it in half along its extrusion dimension, I have (roughly) 2 heatsinks of 20°C/W each long 10cm?

EDIT: Here a picture of 2 kind of extruded heatsinks. 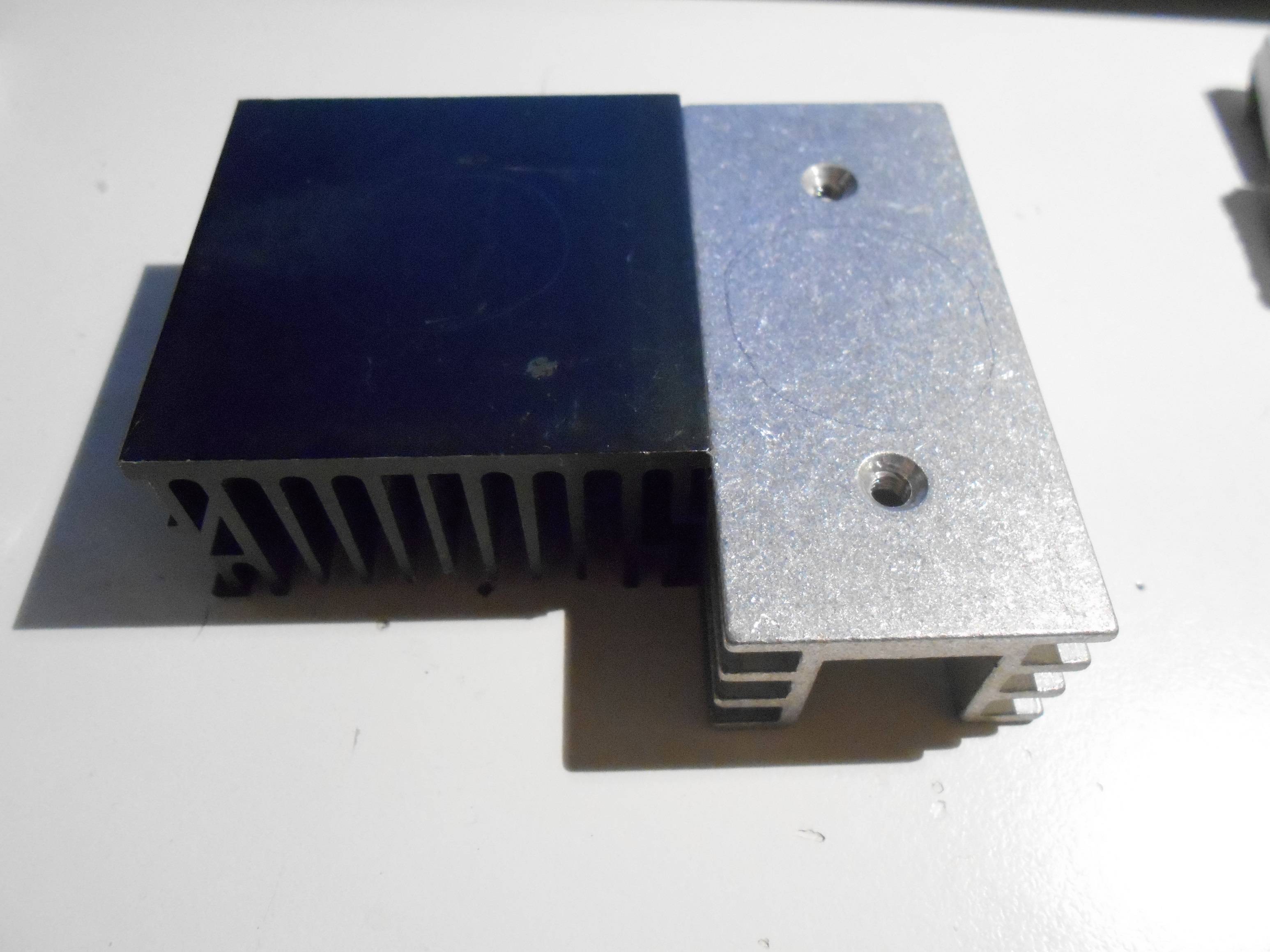 In the center of the flat side of the grey one, I will put a circular component (it is a metalized PCB, nothing standard) which will be inside the two holes of the grey one. Now the update of the question:

Q4: conceptually, assuming that the two heatsinks in the picture are providing the same thermal resistance, is it better the black one, since it is squared? (More regularity ecc). And, conceptually again, is it better the grey one to dissipate the heat from two components of half power (wrt the single component placed at center of the black one) placed near the two holes?

Because from the comments I had understood the concept of the extruded dimensioning, but not so well on how to use the longer ones with single components, and if it is valid to use them in such way. 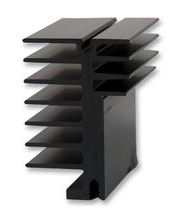 Q2: (theoretical question) if I cut it in half along its extrusion dimension, I have (roughly) 2 heatsinks of 20°C/W each long 10cm?

That would be the expected result.

We don't really pretend in this business. The specification is 3.03°C/W so it looks OK.

For a full thermal analysis you need to sum all the thermal resistances and calculate the temperature rise for a given power flow. This is similar to Ohm's law. See the first link below.

Surface area is a somewhat linear factor to thermal reistance if there is unrestricted convection flow.

AIr flow has a large improvement such vortex influence in heat pipes or orientation of fins and flow restrictions.

Forced air as little as 1 m/s over the surface can reduce thermal resistance in half.

The rated specs will be best case. Each minor contributing factor to restriction of air or conduction loss on the interface, adds a series thermal resistance.

Thus test verification is essential to confirm your assumptions.

Not the answer you're looking for? Browse other questions tagged heatsink thermal power-dissipation or ask your own question.

3
LM3876 Heatsink
4
Thermal resistance of spring for cheap TO-92 heatsink
1
Heatsink surface temperature
0
Cutting extruded heatsink
2
How to decide dimensions of PCB heatsink?
2
install heatsink on BJT
15
Why are electrically insulating heatsinks so rare? Is it just cost?
6
Heatsink on underside of PCB