How should I power my robot using 7.2v [closed]

I am extremely puzzled on how to power my robot correctly. I would like to use 6 rechargeable aa batteries, 1.2v and 1300mAh each, to form 7.2v to power it (since it is what I have purchased and have a battery holder for). Here is the schematic: 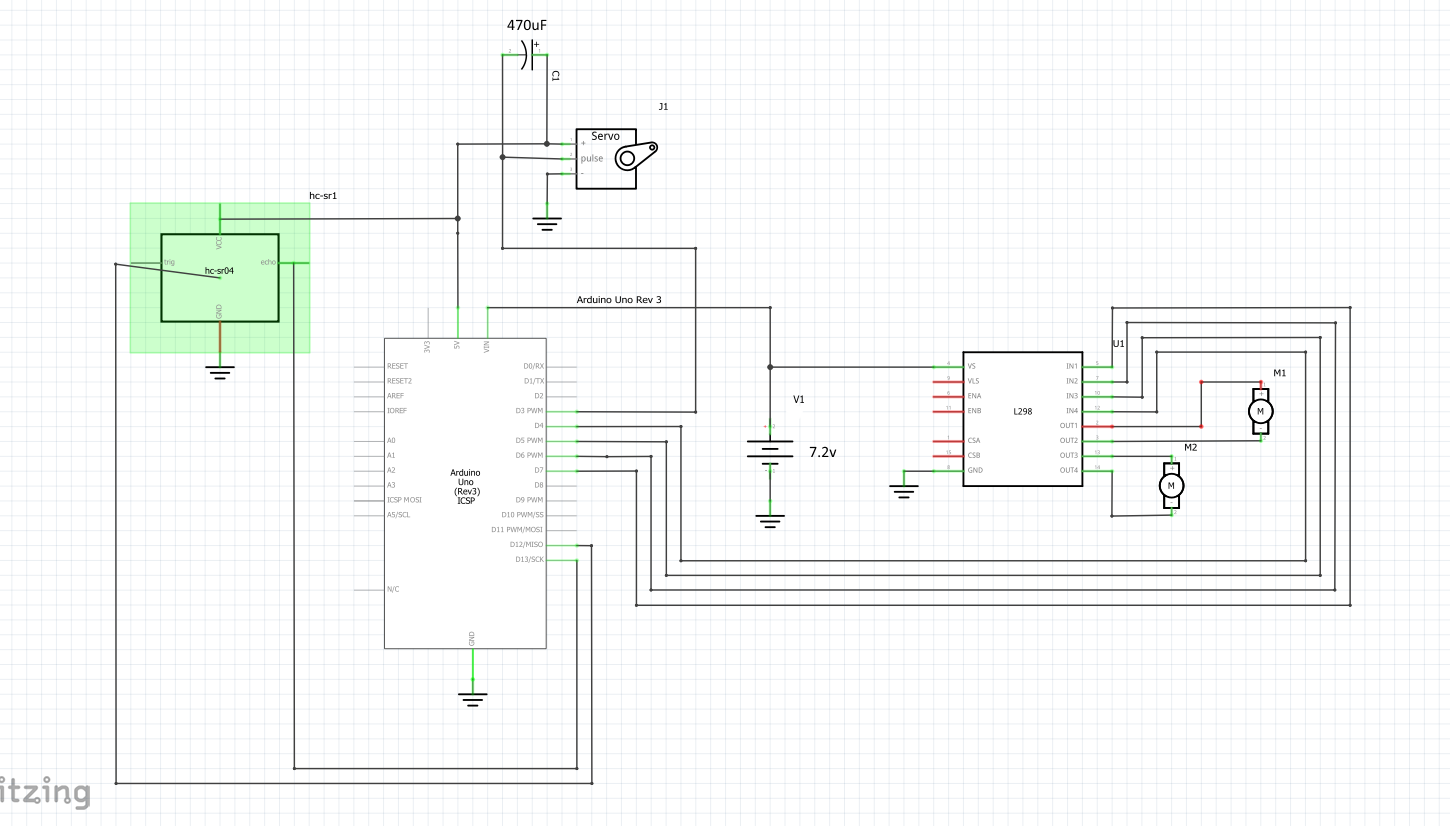 The l298 motor driver wants anything from 7v to 24v. Can I hook the battery supply (7.2v) straight to the arduino and l298 without overheating or any other issues? If i cant (hopefully I can) can someone point out what I have to do instead? thanks.

The main issue is the voltage drop for the vin regulator for most Arduino's is 2V or more.

A 6xNiMh battery supply is a nominal 7.2V, but quickly drops below 7V, before it is even half exhausted. The 1300mAh rating might assume the voltage of each cell drops to under 1V, maybe as little at 0.9V, which is under 6V for 6 cells.

So those batteries will quickly drop to a point where the Arduino's voltage regulator doesn't have enough voltage headroom to operate reliably.

Worse, because they are low capacity, they are likely to have quite a high internal resistance, so when the motors are pulling current, the battery pack voltage will drop even sooner.

I think your best approach is the one commonly used by people making simple robots, use two battery supplies:

You haven't told us what the specification of the motors are so this might be even simpler, and the motors might operate at the same voltage as the servo.

One approach for jetting multiple voltages for the servo and motors is to make your own battery pack. Make a connection at 6 cells, for the motors, and another connection at 4 or 5 cells (depending on the servo). This should avoid needing a regulator for the servo or motors, which take larger current.

Post Edit:
If you can afford it, get something better than the L298D. It drops (wastes) a minimum of 1.8V at 1A, and a typical (more likely) drop of 2.55V at 1A. Worse 2A could be as bad as 5V, leaving only 2.2V to drive the motors! With something better, with a lower voltage drop, or low resistance, you could use one or two fewer NiMh cells, and still have the same voltage to drive the motors.

Not the answer you're looking for? Browse other questions tagged arduino power-supply batteries l298 or ask your own question.

0
Will this power source and setup work?

9
Batteries for 12- to 24-V motors
4
Are the specs for the “Ears of the World” challenge reasonable?
3
Capacitor to provide power to a circuit during a very small interruption
5
Robot power supply
0
Getting closer to figuring out my battery requirements
2
Circuit for controlling 3 DC motors
2
Can I Run An Appliance From a 24v Battery?
3
Replaced 4x AA battery with 6V 3A DC adapter, but device won't work