Is the total resistance of a resistor static once the tolerance is applied?

If a resistor is described as having +-5% tolerance, is that a fixed value, or could it vary while the resistor is in use?

To explain further, if I have a 10K+-5% ohm resistor, and I measure the resistance with my multi meter and get a value of 9750, will my resistor be at 9750 ohms of resistance in my circuit consistently, or could it vary anywhere within the tolerance (assuming it's functioning properly, of course)?

If you read the datasheet for a resistor carefully you'll see other terms for change with soldering, with temperature and with time, in addition to the initial tolerance. The 'Load life' indicates aging at rated power. There may also be changes with humidity, and residue left on the PCB can affect the effective value.

High voltage resistors, in particular, can show a pronounced voltage coefficient (the resistance varies with the applied voltage).

In benign conditions, usually, a resistor will remain within its tolerance, and after it is mounted, temperature coefficient tends to be the largest factor.

Typical temperature coefficients are 100ppm/°C for a 1% resistor down to maybe 0.2ppm/°C for a precision resistor. Old school carbon film parts were often much worse than 100ppm/°C.

A 100ppm/°C resistor that is 1.000K at 25°C might be 1.0075 or 992.5 ohms at 100°C. It's probably a detail you don't need to worry about but the way the tempco is specified you might think they are guaranteeing the slope of the resistance/temperature curve, but that is not true- they only guarantee it remains within a box at stated extrema. The slope can be much higher than the overall average tempco, particularly for ultra-precise parts.

At the ppm level, even flexing the PCB can cause slight changes, especially to SMT parts.

Getting back to your 5% resistor, below is an excerpt from a major manufacturer's datasheet. 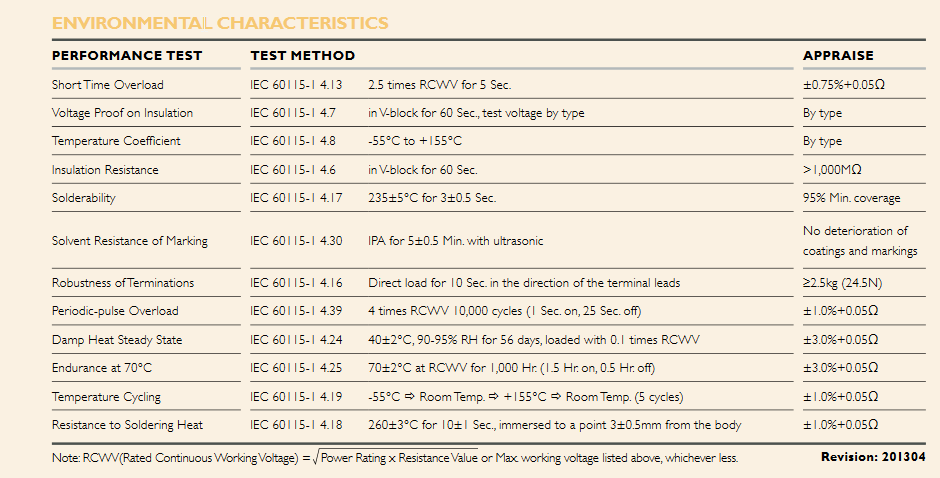 1
Accuracy of the some components' values

0
Obtaining a specific resistance
27
Can a 10% resistor be used as a 1% resistor?
1
How many bins can I code using a resistor on an ADC
2
TJA1048 - Can someone check if my calculation is good about pull-up and pull--down
0
2 Possible Currents and Vdrops from same Resistor: Which Will it Be? [Beginner]
2
What exactly does a resistor's tolerance rating mean?
2
Measuring resistance with ohmmeter over resistor and capacitor in parallel
2
What's the effect of shorting the wiper terminal with one of the ends of a trim pot?