help need in driving high side nmos without bootstrap circuit

I am currently planning to upgrade an existing circuit which charges a lead acid battery using a non-synchronous buck topology. The NMOS which i have used is IRFP4768PbF.Currently my driver is the IR2110 which uses a bootstrap capacitor.

I would like to remove the IR2110 and replace it with an opto isolated gate drive(TLP5701) with a dedicated dc/dc converter. I have drawn up a shematic and i have a few quiries in it ,regarding he dc/dc converter.

Edit: I have sketched the DC/DC converter section also to avoid any confusion. 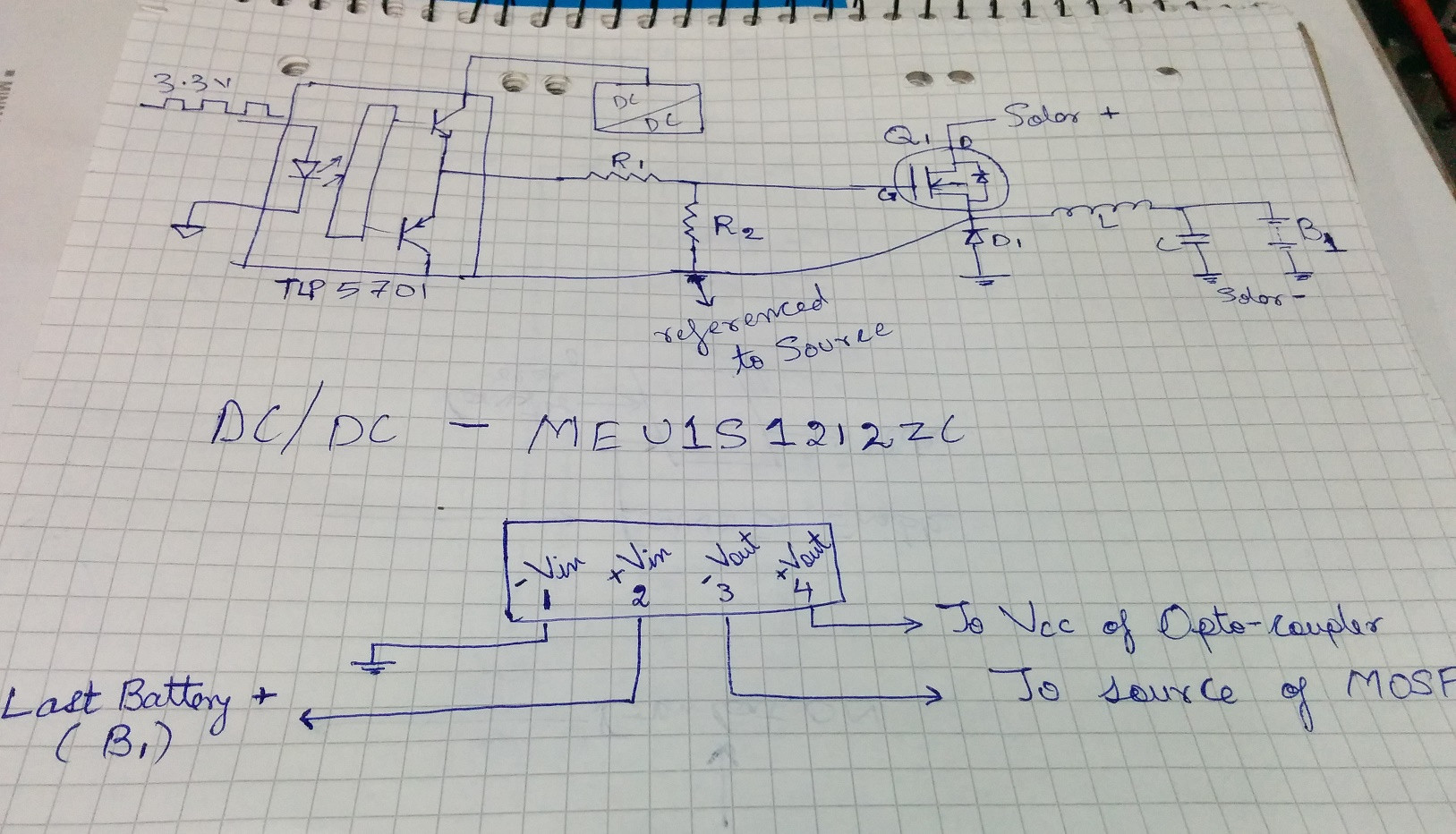 With the amount of current being switched at the load, it is easy to guess that minimizing the switching loss of the MOSFET is important. Just guessing a number to get some ideas, say 90ns for the gate charge/discharge time.

There is a big difference between the average and the gate-charge current because the duty cycle of gate-charge to total time is 90ns/100us = 0.0009. 100us comes from the inverse of 10kHz.

Edit to include a way to estimate bypass capacitance on floating supply:

Take the Input Capacitance from the datasheet, e.g. Ciss = 10880pF. If you want the voltage ripple caused by charging the base to be less than 1:100 on the supply, then use a bypass cap that is 100*Ciss*2 (the times 2 is for extra margin for output capacitance of MOSFET), that is 2.2uF in this example. It is a lot less than my impression when I wrote the above. Use ceramic capacitor for low ESR and high current capability.

Not the answer you're looking for? Browse other questions tagged mosfet-driver bootstrap or ask your own question.

16
Bootstrap circuit for high-side MOSFET driver
0
What design considerations determine what kind of power supply I should use for a high-side FET?
1
Choose Vcc for MOSFET driving a 48v Motor
1
High Side MOSFET Driver
6
N-MOSFET driver for P-MOSFET high side switch