Is my FPGA out of routing resources?

I have a Serial-ATA Controller design working on almost any kind of Xilinx 7-series devices, except for the Artix-7 device, which gives me headaches...

The pure design (SATA 6.0Gb/s, 150 MHz design clock) can be implemented on my Artix-7 200T. If I add ILA cores (formerly known as ChipScope), the timing is not met.

What did I do the relax the situation: - added 2 pipeline stages in each ILA core - added 1 pipeline stage between GTP transceiver and the logic - used retiming, remap and wide placement as alternative implementation strategy

This images show the normal design flow. The ILA cores are far away from the SATAController (SATAC) and the 8-bit CPU (SoFPGA), but the controller still has failing paths (that's the only region with failing paths). 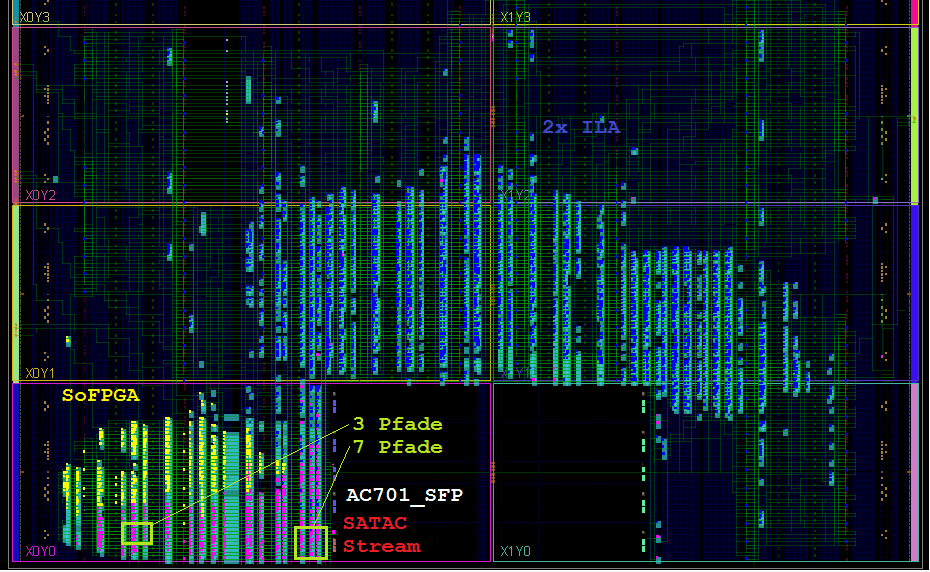 It feels like the Artix-7 is out of routing resources in some areas. How can I get a report indicating such a suspicion?

I also tried retiming, remap and wider placement strategies. The result is this: 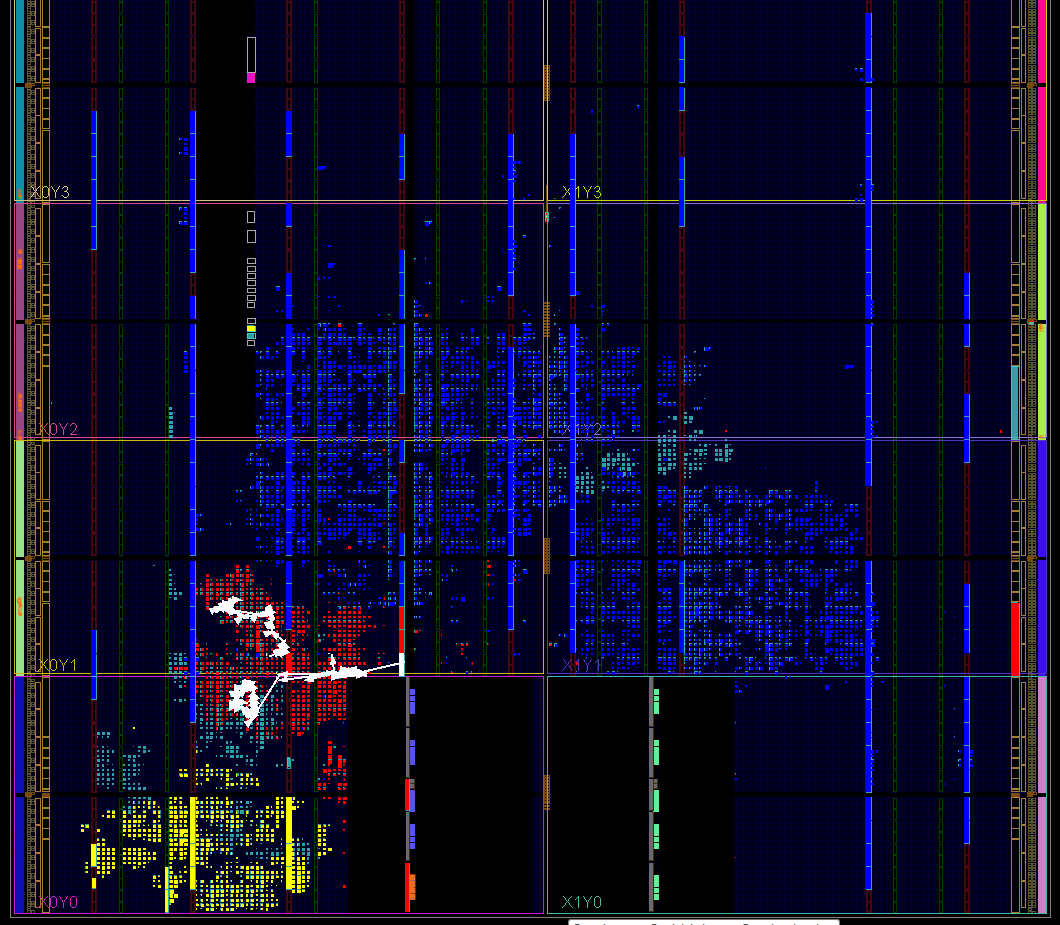 The timing failure is almost the same...

P.S. The design uses only 178 of >300 BlockRAMs. I used Xilinx ISE to use almost every BlockRAM in other designs, but I never encountered such a behavior.

You can get a detailed report by doing a design analysis in Xilinx Vivado. Run the following command in the tcl console : "report_design_analysis" It gives you the timing, complexity and congestion report of the implemented design. You can also run this report via going to Tools->Report->Report Design_analysis.

In this report, you can see which areas are causing congestion due to placing. Which Slices are fully used or what is the rent of such slices and/or routes.

I hope this was of help.

Not the answer you're looking for? Browse other questions tagged xilinx routing high-speed timing-analysis artix-series-fpga or ask your own question.