Solve for the current in the following circuit using superposition 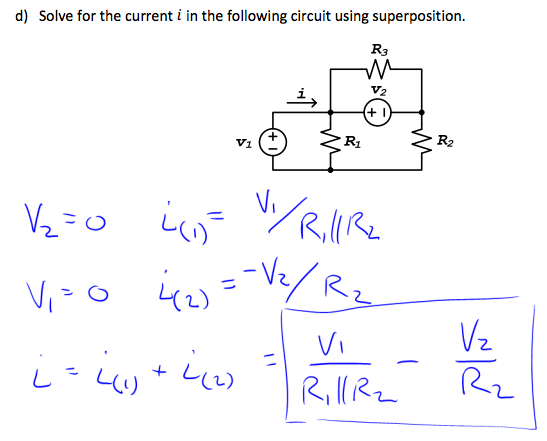 The superposition theorem just says to replace remaining voltage sources with shorts and current sources with opens and evaluate. Then just sum everything up. I don't think any of your results are correct, yours or the ones you think may be right. But perhaps I just can't read your problem with understanding. I can read the circuit, though. Just to recall, here it is: 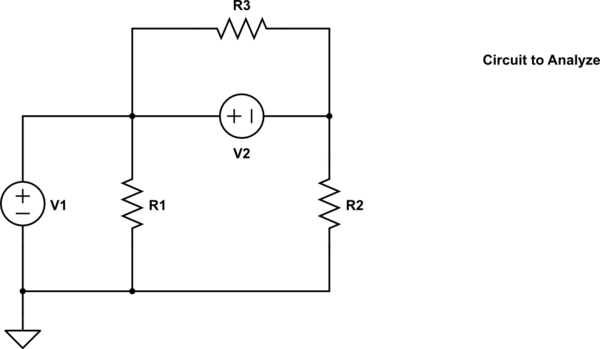 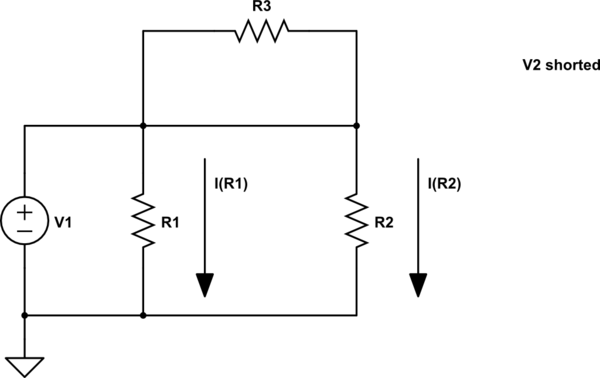 We can now lay out these currents: 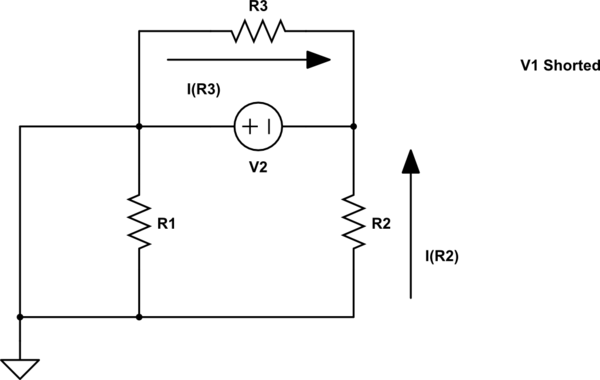 We can now lay out these currents:

Note that \$R_1\$ is shorted out by the replaced \$V_1\$ and so its current must be zero. Also notice that the direction of the current in \$R_2\$ is the opposite to the earlier direction. So here we use an opposing sign. Just be consistent about this.

Now we can simply take the two above cases and sum them up together as though they are happening simultaneously:

I don't recall seeing that answer in the stuff you provided. Maybe I just didn't see it.

It is good you did figure out how i1 is determined. Applying same procedure, we get the following circuit 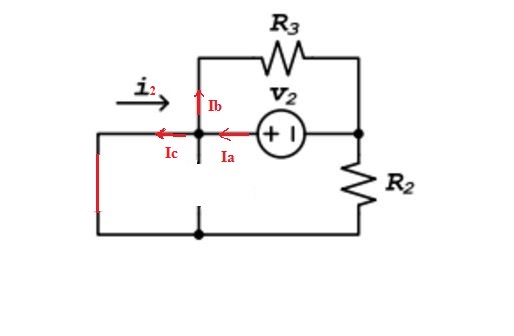 Not the answer you're looking for? Browse other questions tagged current circuit-analysis superposition or ask your own question.

0
Calculation of a voltage in a single mesh circuit
0
Op-amp voltage divider
3
I can't derive a differential equation from this complex RLC network
0
Finding the Thevenin equivalent Resistance for circuit with voltage-dependent sources
6
Why can't I short circuit a virtual ground with ground in OP Amps?
0
Correctling a sign in a simple circuit with parallel resistors
1
Find current and voltage through the circuit
0
Using Current Branch Method to Solve this Circuit