Why Ic increases with increase in Ib? 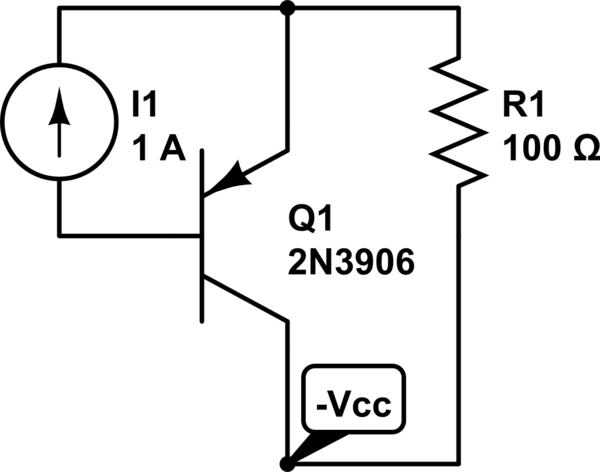 First up I don't know if the direction of Ib is right for the pnp transistor in the circuit ( I need to know the active region relation so, as the emitter-base forward current will be more than the collector-base reverse current, I have given this direction for Ib ) . I want to know how Ic increases with increase in Ib. I have seen a lot of explanations based on equations but I need to know what causes the relation between Ic and Ib.

Then let's just ignore the equations, then.

In short, you MUST supply electrons into the PNP base in order to maintain the base space charge balance so that the injected hole diffusion currents can continue to cross from the emitter, across the base region, and then to the collector.

There are more details. I mentioned the electron diffusion current from the base to the emitter and there are also minor base-collector currents across that reverse biased junction, too. But the above gets most of the gist across. And does so without equations.

10
Why is Vbc absent from bjt equations?
3
Terminology for BJT “regions of operation”
2
Input stage of a current mirror circuit

3
NPN transistor circuit connection, what determines which region it is at?
2
Bipolar transistor as a switch
0
Common base circuit with zero supply voltage
3
Why does the emitter current increase with an increase in collector to base voltage in the common base configuration of a BJT?
1
BJT (Common-Collector Configuration)
0
How is the Collector-Base region reverse biased in Common Collector configuration of BJT?
1
Working of bipolar junction transistor with electron flow
2
BJT in saturation mode equations