Does anybody know the schematics of these common LM2596 buck converter with current adjustment and buck-boost converters from ebay?

I know I can easily buy it cheap but I like making my own modules for education purposes and also find it fun to make it myself. I basically aim to replicate these modules, learn how they work and see if I can improve them in anyway if possible. 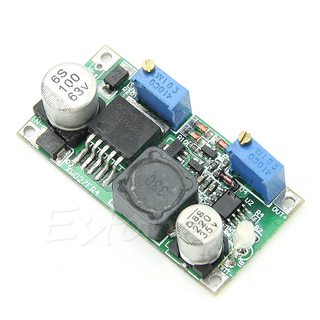 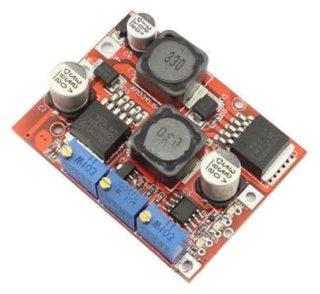 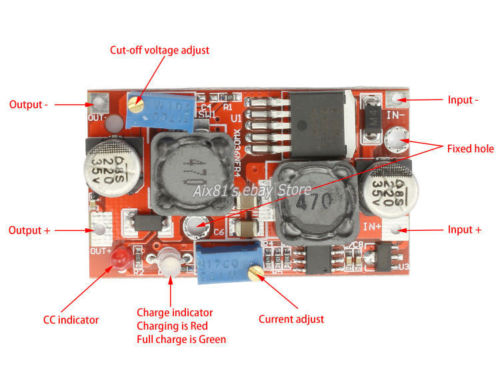 The basic circuit comes from National (now TI) datasheet. The application examples show Buck Boost. The CC part relies on LM358 dual OP AMP and LM78L05 voltage regulator. Normally the voltage control loop is in charge. When load current exceeds a value preset by an adjustable divider from LM78L05 5V, the current limiting loop takes over (the voltage sags as required to contain the current. It is achieved by pulling the FB pin above its nominal 1.24V (making LM2577 see excessive voltage i.e. lower the duty cycle)

To convert certain older (non-synchronous, like the LM2596) buck converters to a buck-boost, there is a little-known hack, that you can find in the datasheet for ST's L5973D (https://www.st.com/resource/en/datasheet/l5973d.pdf), Figure 16 (Positive buck-boost converter). This would explain the extra silicon component which is likely just a mosfet. The second inductor is likely just for post-ripple filtering.

There are other topologies you can use for both stepping up and down if you have a non-synchronous boost converter instead, such as the SEPIC converter (Single ended primary inductance converter), which requires an capacitor and either two inductors or a coupled inductor.

As for improving them, there are better, more efficient chips out now from a variety of manufacturers (Analog devices, Monolithic Power, TI) that switch at higher frequencies (and hence less ripple), have less EMI and ringing, are synchronous (needs no diode, hence more efficient), need much smaller capacitors and inductors, and therefore run cooler and are smaller and quieter.

Not the answer you're looking for? Browse other questions tagged switch-mode-power-supply schematics buck boost constant-current or ask your own question.