What does the US power supply waveform look like?

I know that we (typically) get 120 V AC in USA, but what does the waveform look like? Can anyone post a pic? How many phases are there, and what's the peak voltage?

I took some oscilloscope captures of the mains waveform in my house in Houston, Texas. The house is over 50 years old and the wiring is definitely not recent (no grounding). We have LED bulbs on dimmers that weren't designed for them as well as the usual collection of electronics with switching power supplies. This is definitely not ideal!

First, here's a large-scale view of the sine wave with measurements. Normal household outlets have only one phase. I see 110 Vrms with a peak of about 150 V, which is on the low end of the nominal range. Distortions are visible near the high and low peaks. 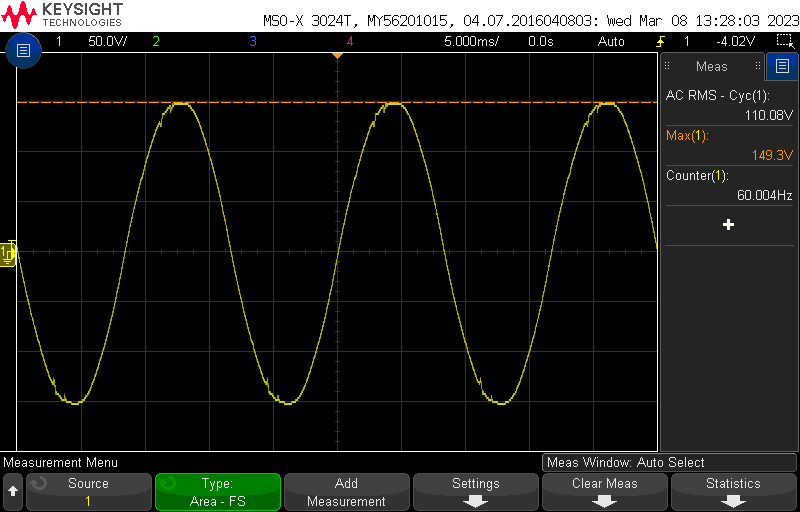 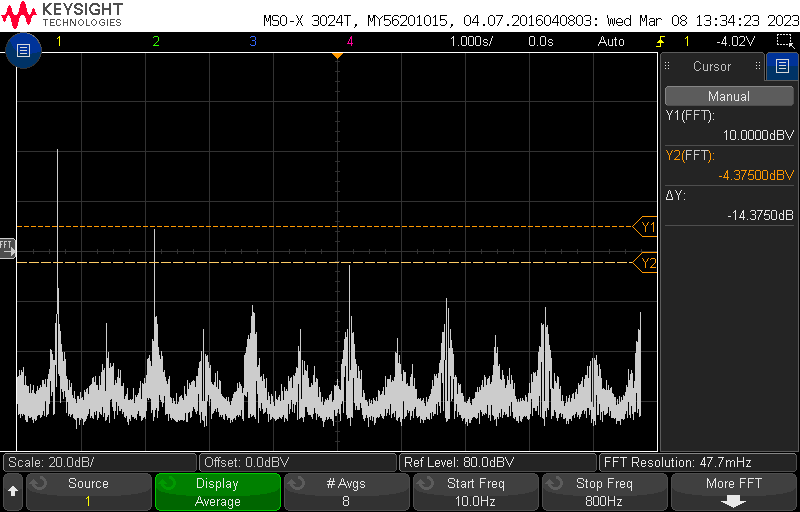 Here's a zoomed-in capture of the distortion, showing variations of perhaps 5V from an ideal sine wave. 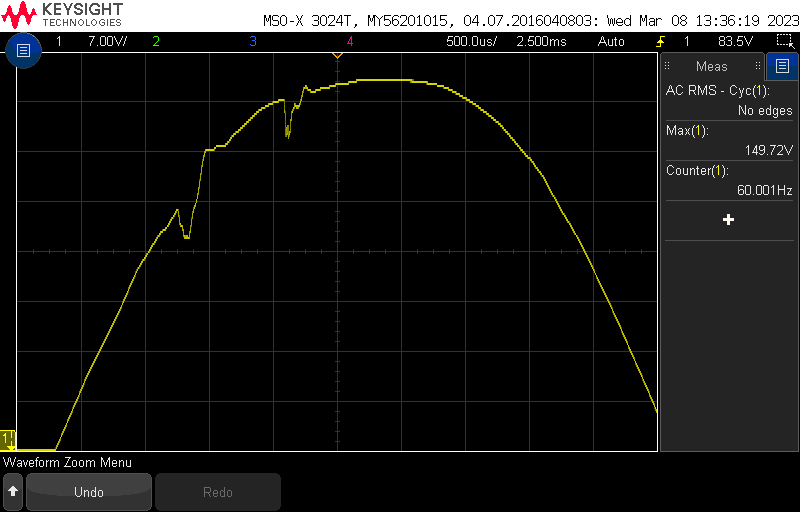 UPDATE: I took some scope captures of the mains voltage in the lab in Sugar Land, Texas, where I work. The building was built a few years ago in a rapidly-developing commercial area, so I'd assume the infrastructure is up to date. Nearby loads include lots of test equipment and LED lights. There's an ATE test floor on the other side of the building, but I doubt it's a huge factor.

Here's the full waveform. It's monotonic and the distortions are much less obvious. Note that the voltage here is 122 Vrms with a peak of about 165 V, slightly above the nominal range. Both this and the household mains show a peak voltage that's lower than what we'd expect for a pure sine wave with the measured RMS value. 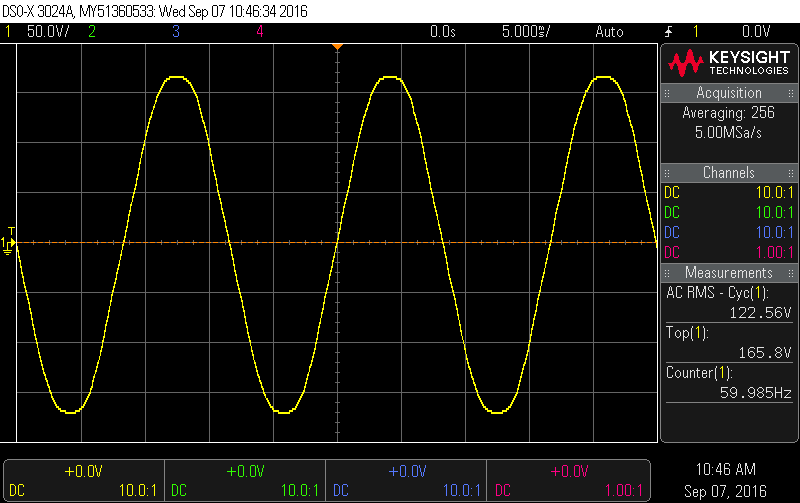 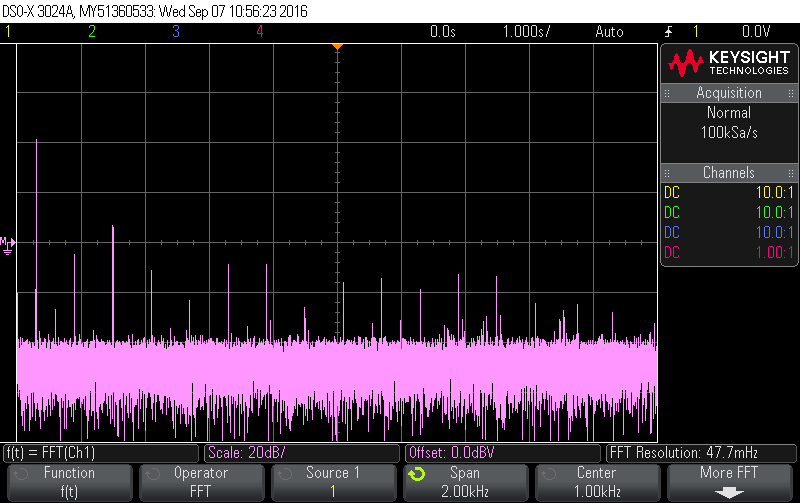 Finally, here's a zoomed-in view of the positive peak. The flattened top is much more obvious here. 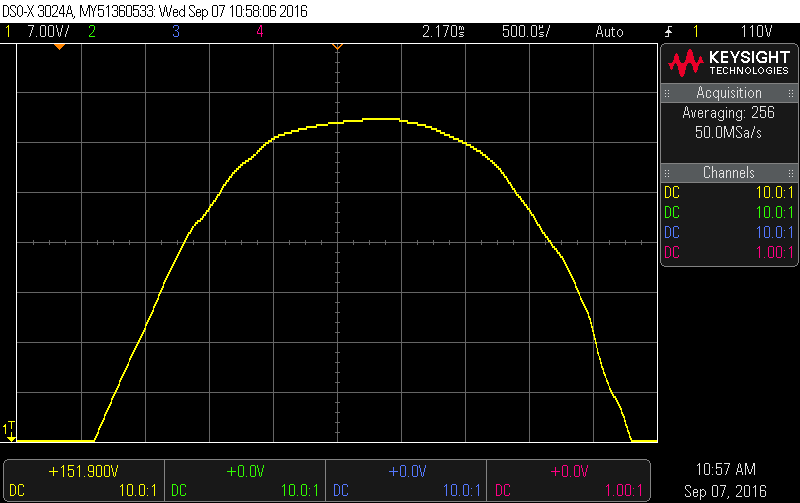 AC power is nominally a 60 Hz sine wave, but it may be somewhat distorted, depending on loading. We normally speak of the Root Mean Square (RMS) voltage of AC. The peak voltage is about 1.4 times the RMS value.

Not the answer you're looking for? Browse other questions tagged mains or ask your own question.

5
What is the Thévenin equivalent of the mains power supply?
14
Where is the ground/negative for overhead power lines?
6
Safety concerns over generic switching power supply units
0
How do I calculate the impedance needed to drop 120V AC?
2
What is the current capability of the common "C" wire for house thermostats
0
Is a motor-generator set a reasonable way to get the purest waveform electricity?
1
What is the intended use of the 400 Hz-rated power supply on osciloscopes?
3
Measuring the waveform of mains voltage using an oscilloscope