How to connect a npn transistor properly?

I started playing with transistor earlier and i have problems i must have miss understand transistor. 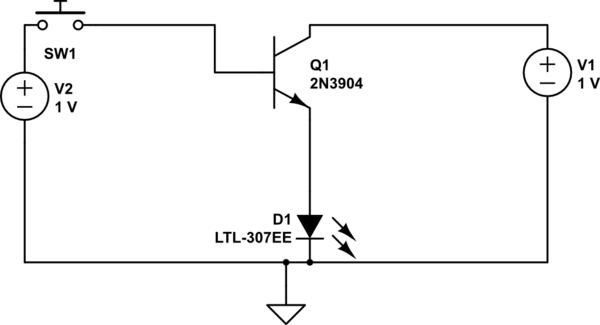 My problem is the current from base will flow to the emiter and light up the led. however if i reduce the voltage of the base and test the base dosent draw enough current from collector to the emiter, or am i miss understand the function of the transistor?

There are so many things you just got wrong. 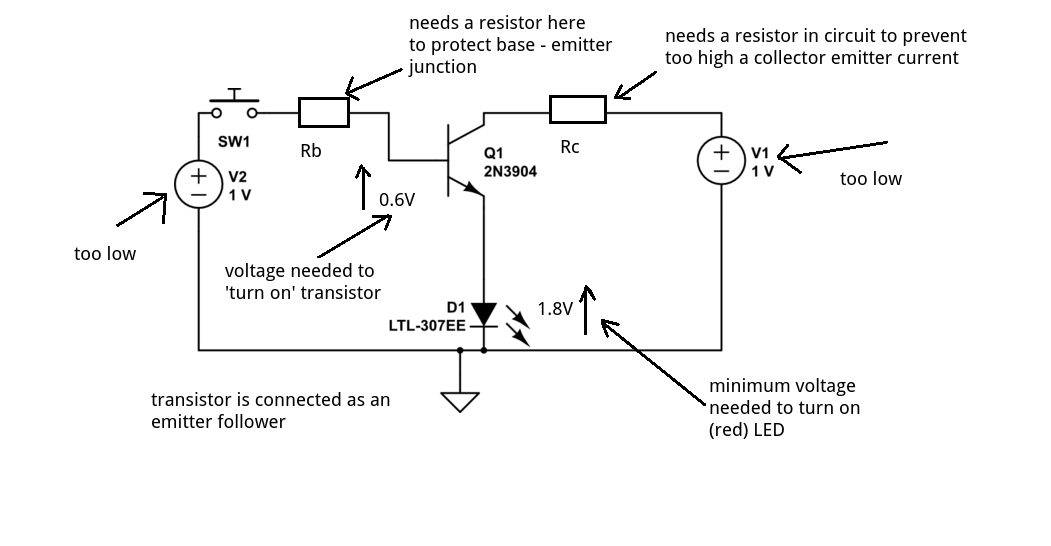 For an NPN (silicon) transistor to turn ON the base needs to be at least 0.6V more positive than the emitter.

The voltage at the collector needs to be higher than the base, when fully turned ON this is at least another 0.2 volts so the minimum in this circuit should be 2.6V (V1)

Your circuit doesn't limit any current. You haven't destroyed the transistor and/or LED because your voltages are too low to do any damage (i.e. its not working). This is bad design.

Adding series resistance will prevent damage due to excessive current as the voltages are increased.

A transistor used as a 'switch' 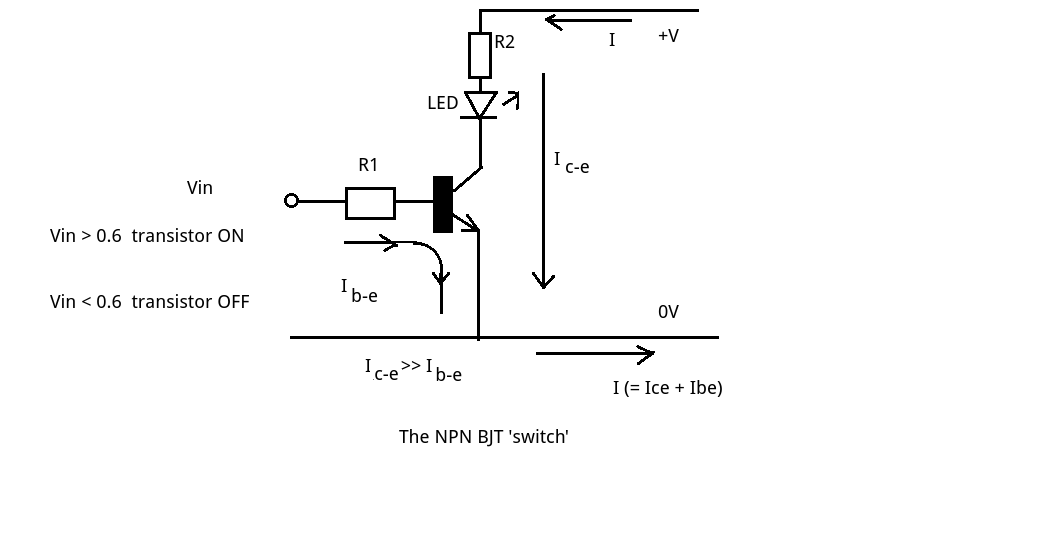 With the load in the emitter branch the amplification is greatly reduced.

In your case the whole circuit is dysfunctional in several aspects.

I think, you must know how NPN transistors work, I explain it briefly. each NPN transistor consists of 3 semi conductor part N and P and N, it looks you connect two diodes back to back, but here is a difference and that is the P is common for both of N's. Now when you apply to transistor for example: N(Collector):10,P(Base):2,N(Emitter)=0, the diodes become reverse biased like below:

electrons from emitter go toward base and then they collect via collector! for better understanding of how transistor works you should read a little about solid state physics.