First, I realize the "common resistor for multiple LEDs" question has been asked. However, I have a different case where the LEDS are FET driven and reverse logic.

I have the following circuit. The circuit is actually four more of what is shown, i.e. all 16 outputs are used. The selector chip outputs are sinking type. The current to the LEDs is controlled by an external voltage controlled current source.

Since I never plan to turn on more than one output at a time, I would like to know if I can use a single, common current limiting resistor for all the LEDs? In other words, all the anodes (pin2) of the LEDs would be connected together and R8 would feed them all.

I'm thinking it would be ok if ensure the following: Start with current source=0 and turn on 3.3V. Set all selector outputs to ON, thus turning off all the FETs. Apply the desired current using the external current source, then finally turn off the selector output for the FET I would like to turn on. Continuing I would turn off the first LED prior to turning on the next LED. Note that I will not be switching LEDs very fast at all, only once every few seconds. 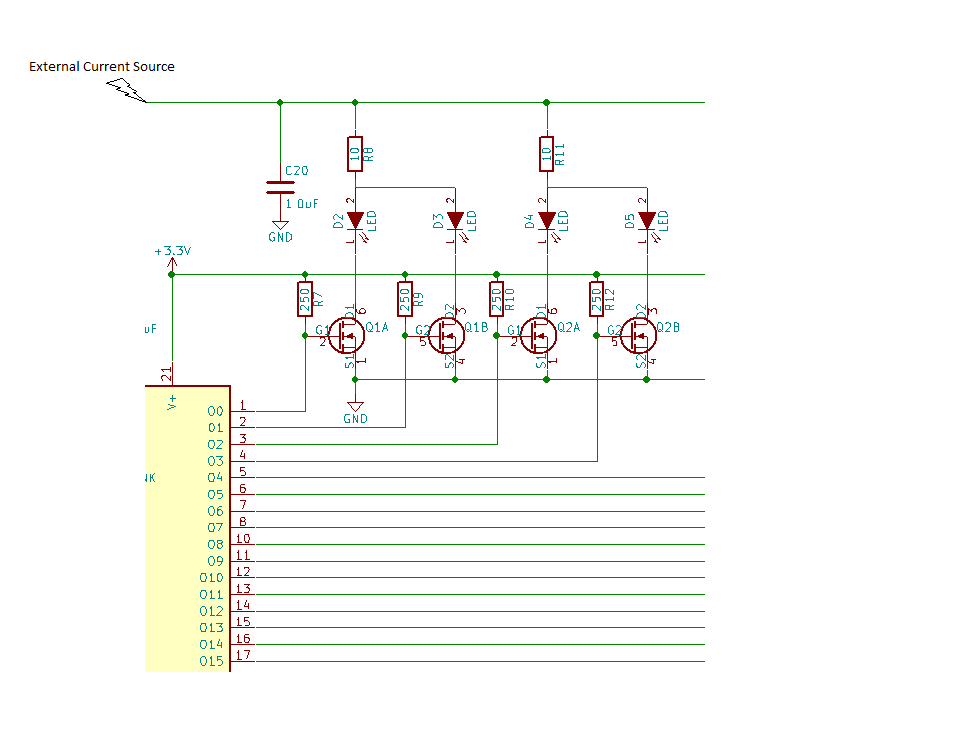 Absolutely, this is perfectly fine. In fact, I'm doing the same thing in a project on my workbench right now.

If this was not good practice, you could not really use a LED matrix. There is no way to add a resistor to each individual LED: 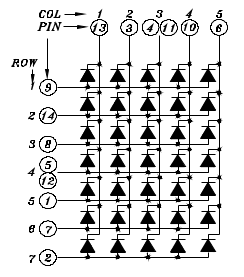 As Arsenal points out in a comment, you don't even need a resistor, if you actually have a current source. Just set the current to whatever current you want through the LED. The resistor does absolutely nothing here except wasting heat. If you do this, however, I suggest that you turn on the transistor before turning on the current. Otherwise, the current source will try to push current somewhere, and hopefully hit a ceiling before it finds a way.