Are overdamped rise waveforms really “curvier”? Or is that just time scale?

Do the rising waveforms for overdamped circuits of different \$\zeta >= 1\$ actually have a different "curviness"? Or does it just look that way because they're all shown on the same time scale? 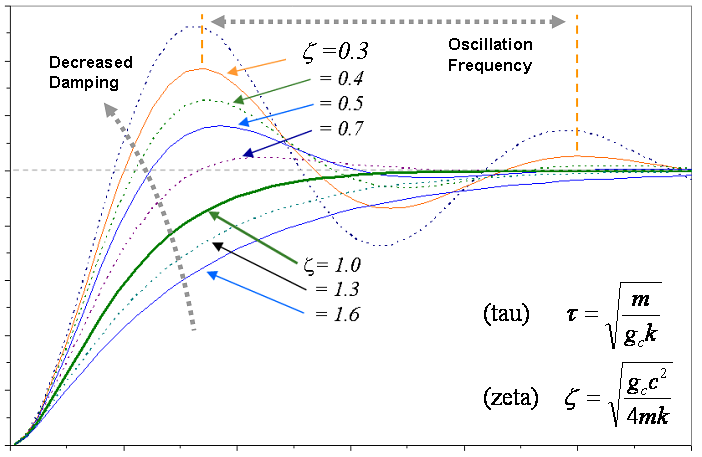 You know, how you can get any square wave to look like any one of these by adjusting the horizontal scale on the scope. I'm wondering if they actually have more rounded shapes as the damping factor increases or whether they're all exponentials with a different time constant or something and you could overlay one on top of the other if you had a "fine" mode on your scope horizontal controls.

The reason I'm asking is I had the preconception that a waveform for a damping factor of 1.0 was going to be better (like straighter until you got to the top) than one for say 2.0, even if they both exhibited the same rise time. So I was thinking I would have to get my pole placement just right to get about 75° phase shift at exactly the crossover frequency, even if I could have say 85° at crossover without careful tuning.

I was thinking I would have to get my pole placement just right to get about 75° phase shift at exactly the crossover frequency, even if I could have say 85° at crossover

For a simple 2nd order low pass filter here's what the phase shift is (bottom left): - 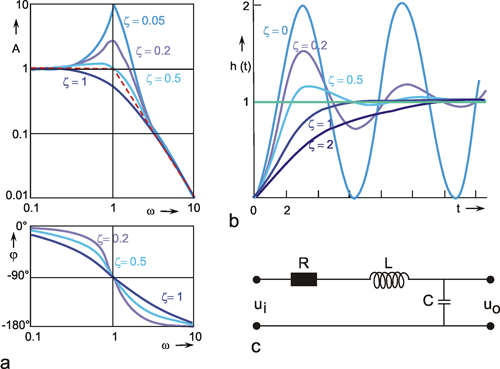 The amplitude response i.e. how peaky the spectrum is (top left picture) is always equal to the Q of the circuit.

So as damping increases (Q decreases) the maths becomes less that of a tuned resonant (and ringing) formula to that of an RC (exponential) circuit. In other words (in this example), L starts to be swamped by the dominance of R.

It becomes just an RC circuit and therefore, providing the product of R and C are equal, the response will be progressively more similar as damping increases.

If you solve de DEq. analytically

or another example: when \$s_1\$ becomes close to \$s_2\$ (none of the two components dominate (much)) the solution will be close to the degenerate case of critically dampening which is a different waveform that differs not just by a time scale.

Not the answer you're looking for? Browse other questions tagged oscilloscope rise-time frequency-response damping-factor or ask your own question.