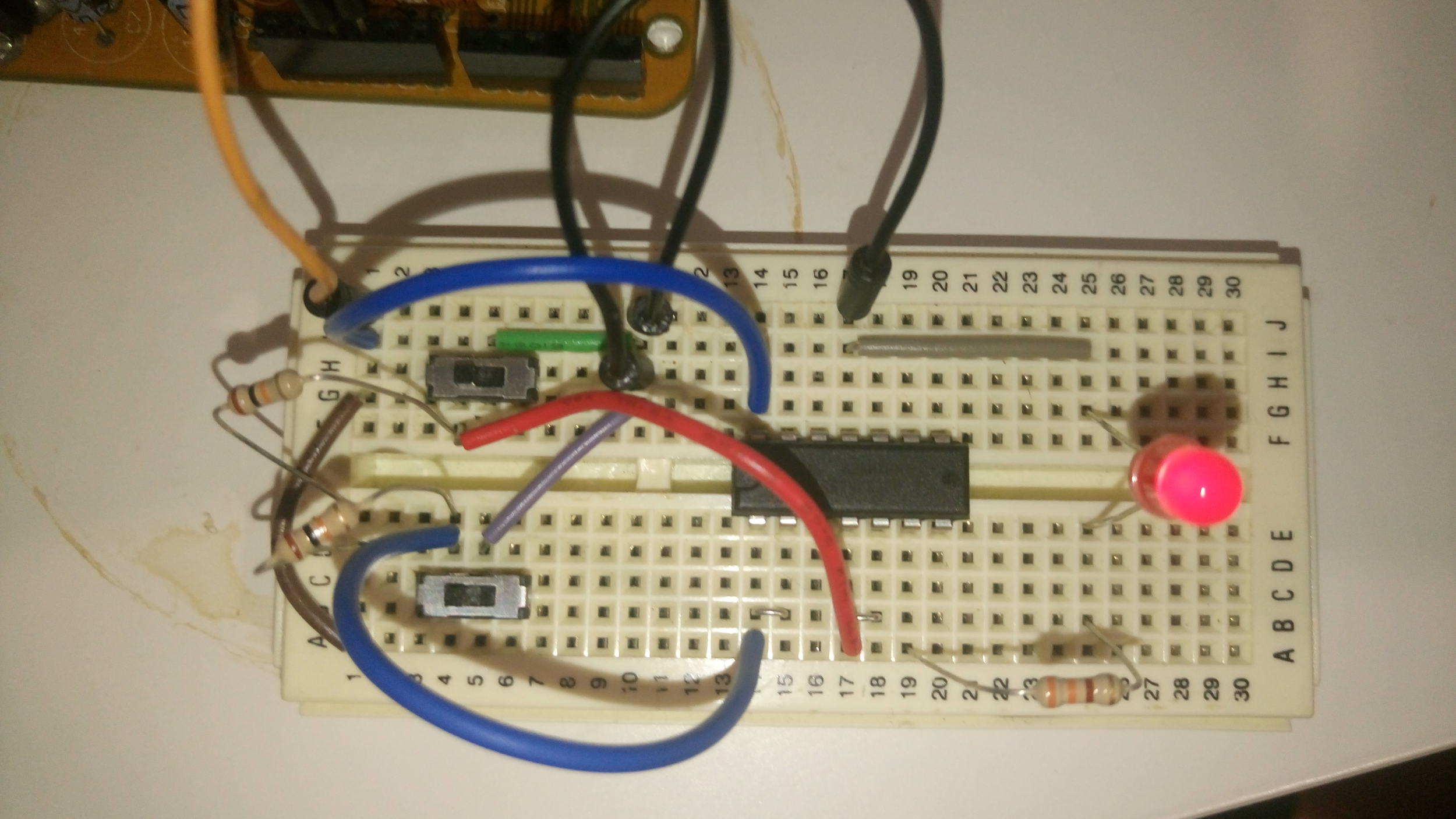 I'm powering it from an Arduino but that's inconsequential to the operation, it's simply a convenient source of +5v. The orange line is +, black to gnd.

If it's not clear from the picture (the lines got a little messy, sorry), the basic idea is I have 2 switches connected to ground, both attached to a 10k ohm pull-up resistor from the +5v side. The resistors are connected to the input gates of a 74LS20 quad input NAND gate. I've tried to pair the inputs together as I want it to function as a dual input gate. I'm using a quad input due to lack of components.

When I throw the switches to the up position, as pictured, the circuit is shorted to ground, which should pull the input pins low, meaning the output pin is high and the LED lights. This works fine.

However, when I open the switches, the input pins are high (I checked this with a multimeter, they're at +4.98V), but the output doesn't change, the LED stays on.

I've tried the same circuit with a couple of IC's in case one was faulty, but the same behavior is exhibited.

Have I wired this wrong? It's been a very long time since I've messed around with this stuff so maybe I've forgotten something fundamentally intuitive about electronics, apologies if that is the case.

As already commented by John D, a real schematic would definitely help readers.

However, there is one clear bug:
There is no connection from IC pin 7 to Gnd (0V). Please add that and re-test.

Update: I'm not 100% sure of my interpretation of some of the wiring related to Gnd connections (the wiring is just missing off the top of the photo). However it seems that you have connected IC pin 11 to Gnd. That would be correct for an unusual 5420 package (military temperature version of 7420 in a ceramic flat-pack) but is not correct for a standard 74LS20 in "N" package (plastic DIP) like yours.

I wonder if you have misinterpreted whatever IC datasheet you have been looking at, if it contains that (unusual) 5420 pinout, with Gnd on pin 11?

From the TI datasheet, the 74LS20 pinout for "N" (plastic DIP) package is as shown immediately below. Notice that pin 11 is "NC" (Not Connected) - not Gnd; the correct Gnd is pin 7, as I explained earlier, and that Gnd connection to IC pin 7 is missing on your breadboard: 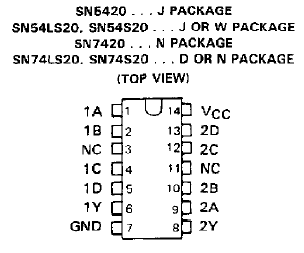 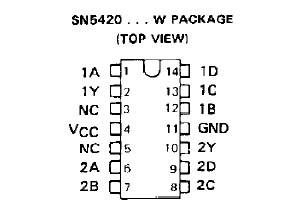 Not the answer you're looking for? Browse other questions tagged circuit-design logic-gates ttl or ask your own question.