How do you decide the shape and limit of polygon on power plane?

Consider: you have a power plane on a 4-layer PCB with different power rails of different values on this power plane.

Generally you would have large areas with splits between areas of different voltages, covering the entire PCB area. Something like this: 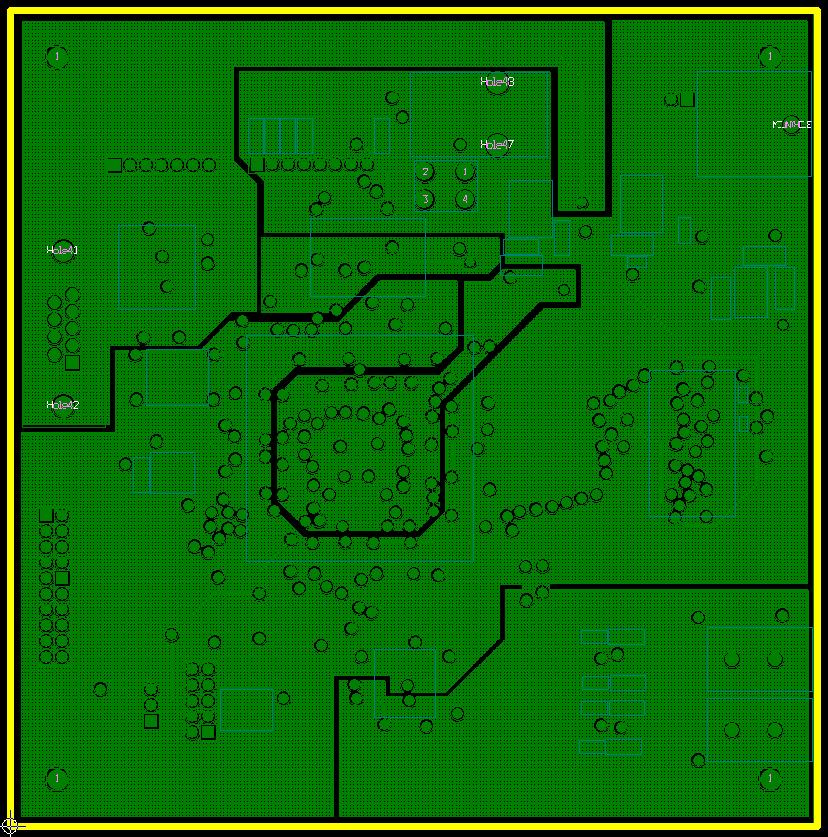 You also pull back the power plane from the edges by some reasonable amount for the accuracy of your PCB manufacturing process, say 1mm or 0.5mm so the copper is guaranteed to be buried within the PCB. More if you are using V-groove or sheared outlines.

With most EDA programs you will be working with a negative on the power planes so you will draw tracks or keepouts to separate the areas ('split the plane') rather than to create copper polygons.

Here is another example with 5 distinct areas defined in the power plane (the one in the centre is selected): 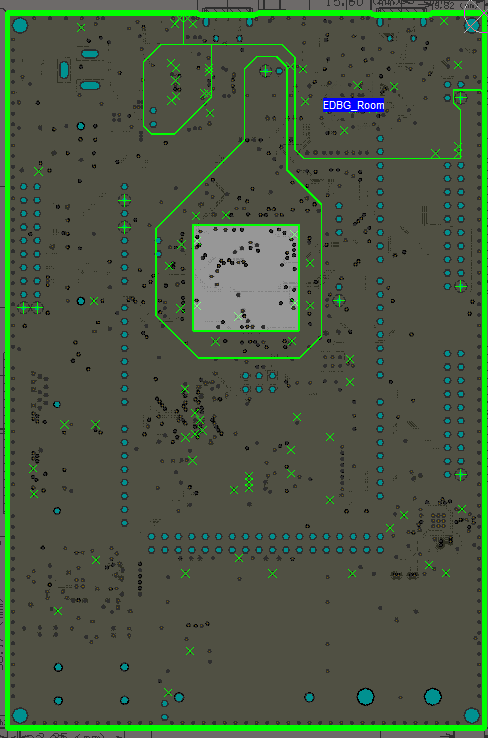 There is a fairly subtle gotcha with 4 layer stackups in that you usually have some signal traces on L4, and these tend to be referenced (in terms of return currents) to the power plane. If these traces have fast edges and cross splits in the power plane you can end up with an EMC or SI fail due to the increased loop areas (I had a 40MHz SPI bus do that to me, very annoying).

For this reason the shape of copper pours on L3 should be carefully considered in combination with the tracking on L4 and the placement of decoupling caps between L2 & L3 (A Decoupling cap or so near every location that a trace changes reference pour is a good thing and will minimise HF loop areas.

Sometimes a mixed layer (Polygons + tracks) can actually be better...

Personally if I am going to split the power plane extensively, and if I have fast edge rates in play that cannot be kept on L1 I tend to reach for a 6 layer with ground on 2 & 5 and lots of stitching vias, but my industry is not so cost sensitive that the difference between 4 and 6 layers matters.

7
For a 4 layers PCB (with ground plane), covering with ground polygon on Layer 1&4 necessary?
2
Do I need split the power plane?
0
power plane / trace strategy drawing
0
POWER plane PCB design
2
4 layer PCB- fill free space on Top and Bottom
0
When making power polygon , making polygon on the smd-pad has any problems?
0
EAGLE: Change shape of Repour All Polygon
2
Basics of board level shielding and grounding