I have been reading through "Johnson, J. B.: Thermal Agitation of Electricity in Conductors" from 1928 and he keeps on talking about the "real resistance component" \$R(\omega)\$ of a resistor shunted with its own shunt capacity. I think these are questions of historical perception or change in usage of technical language: 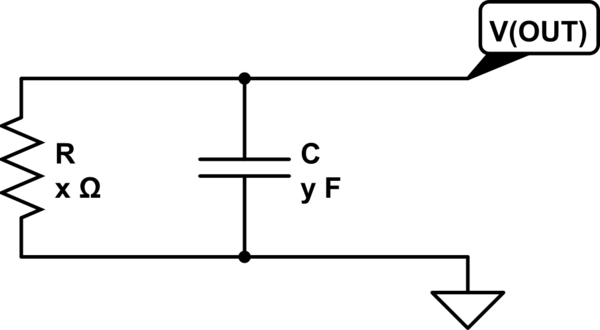 How do you model a real, physical resistor? Every resistor has a certain, sometimes very small capacitance. How to include it in an equivalent circuit, in parallel or in series? If you put it in series it becomes a highpass, and in reality the noise of any resistor does not show highpass behavior. Thus, it needs to go in parallel, as I drew earlier (see question).

Not the answer you're looking for? Browse other questions tagged noise impedance or ask your own question.